15+ miles of cross country from Manker Flats to Thunder Mountain to Telegraph Peak to Timber Peak to Icehouse Canyon.

The trail goes up the road to Mount Baldy Notch, and you follow a path that goes to Thunder Mountain, where there’s a ski lift. Then it drops into a valley and goes up some steeper slopes to Telegraph Peak, which is ~9,000 feet, then drops way down to Timber Peak. You then follow the Icehouse Canyon Trail back to the second trailhead.

Wes and I were both a little nervous, as the distance is far, at about fifteen miles, and the elevation rises and drops the whole time. It’s not just going up a mountain and coming back. But the trail was fun and actually not that hard at all.

Wes and I were both a little nervous, as the distance is far, at about fifteen miles, and the elevation rises and drops the whole time. It’s not just going up a mountain and coming back.

Walking up Thunder Mountain doesn’t feel much like the wilderness because you’re basically walking up a ski lift. There was still snow in May, which made for a bit of a trudge. We didn’t need spikes, but as we were moving we heard an animal roar. The wind was howling at about 45 mph. We had our hoods and windbreakers on, and we couldn’t even hear ourselves talk, yet we heard this animal roar over the wind.

We both perked up and looked around, thinking for sure a bear was bounding at us. We looked down a ravine and couldn’t see an animal. We never saw one. It was the strangest thing, but it was probably the loudest animal roar I’ve heard in the wilderness. 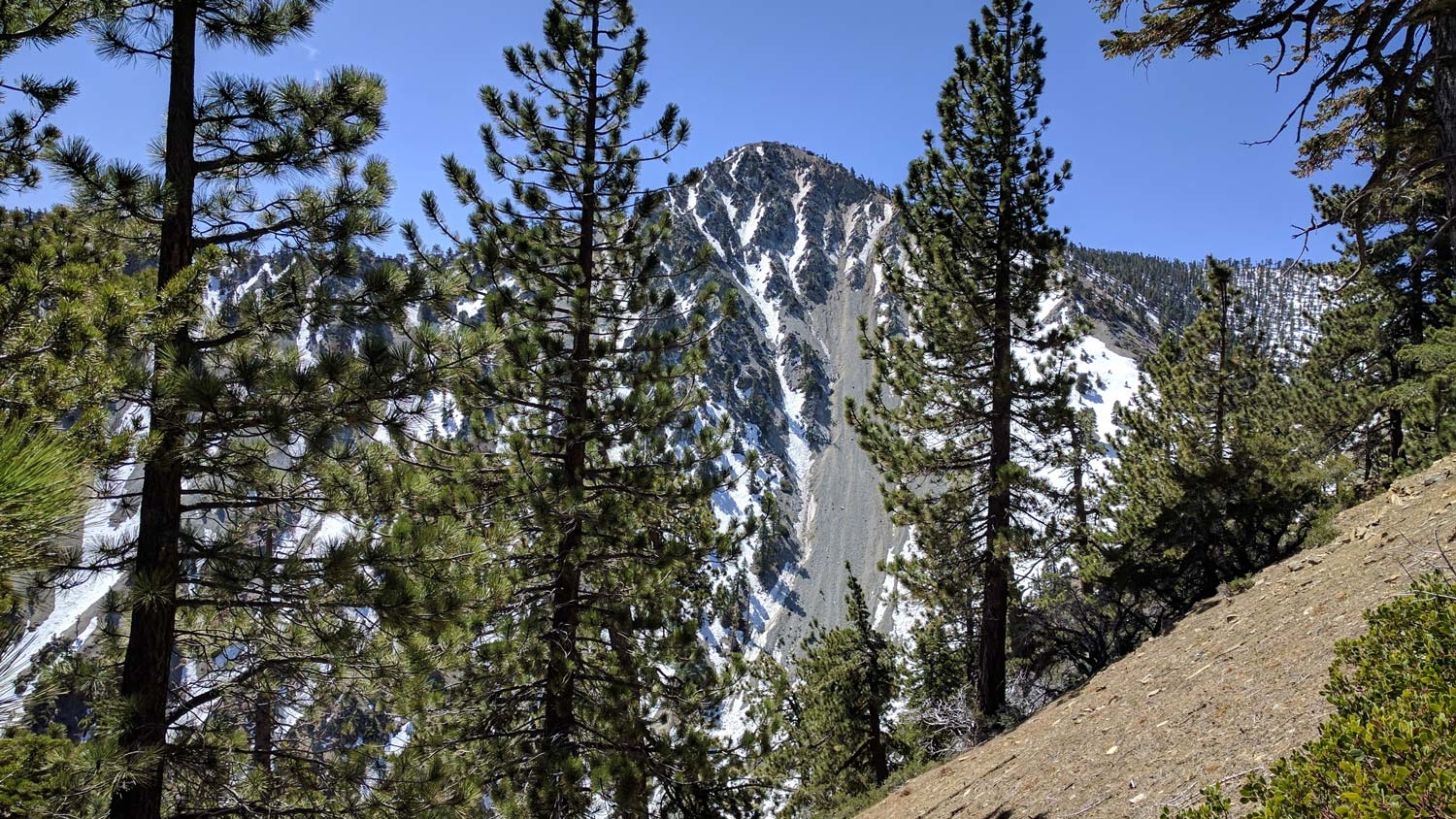 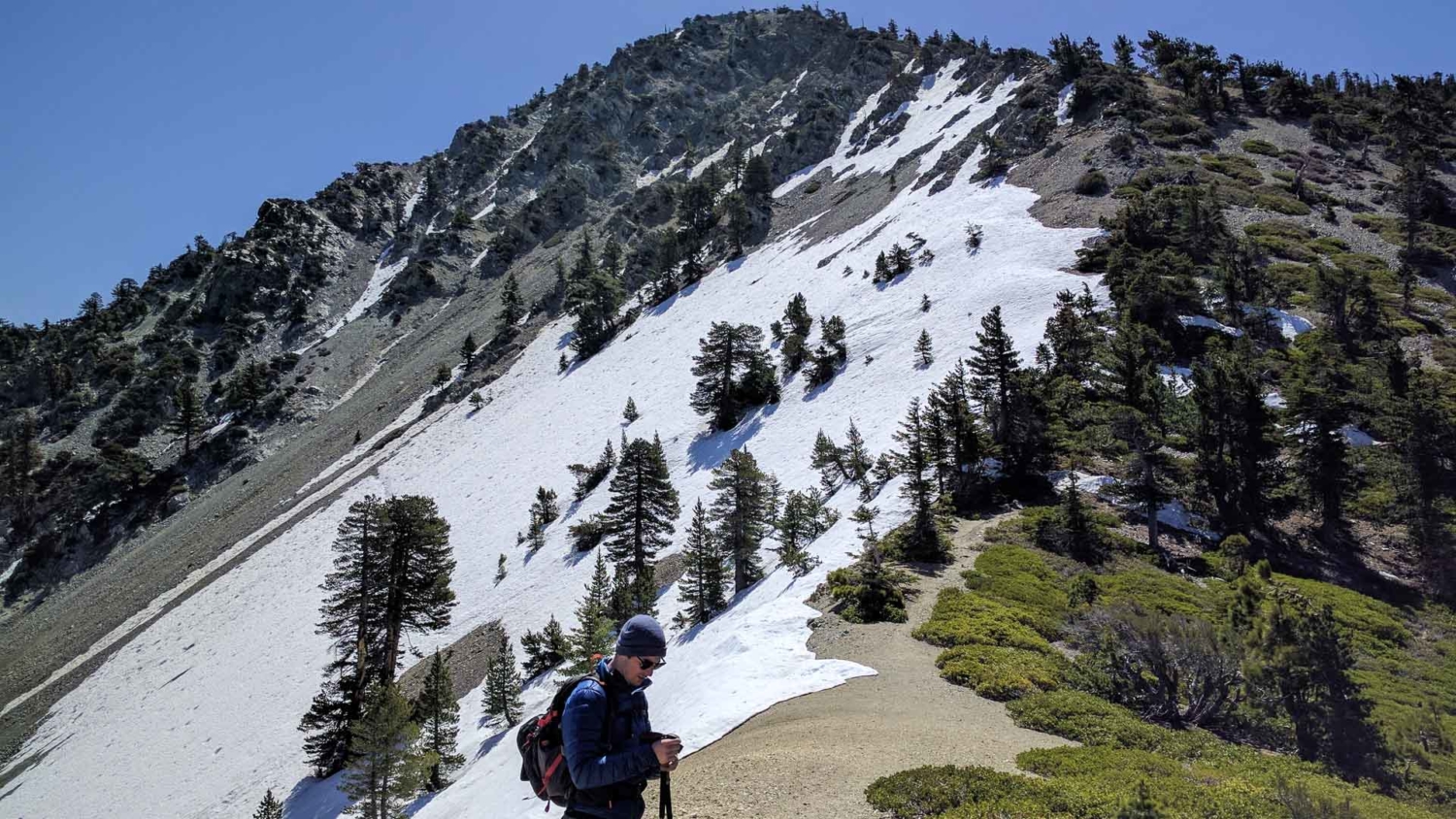 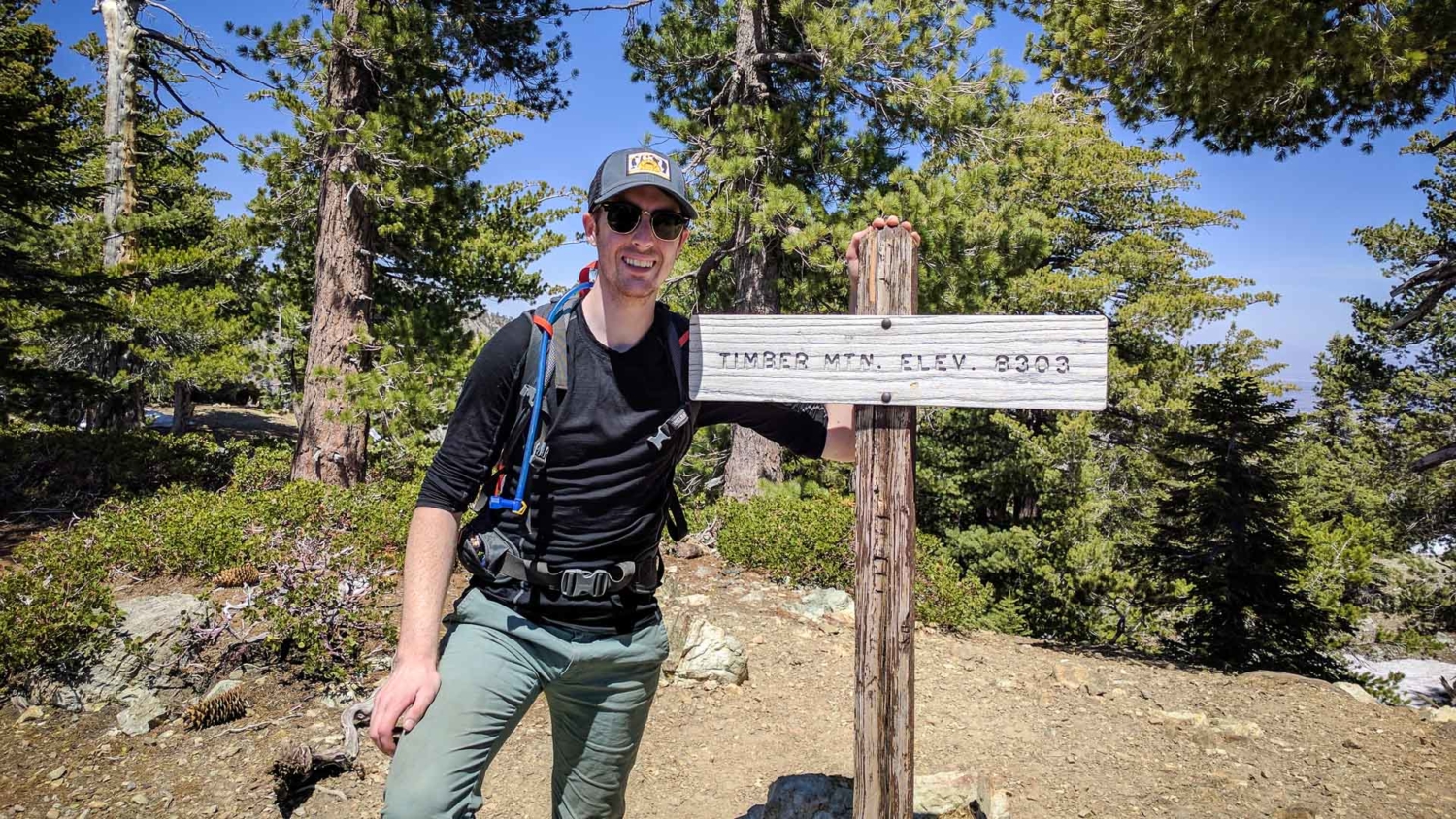 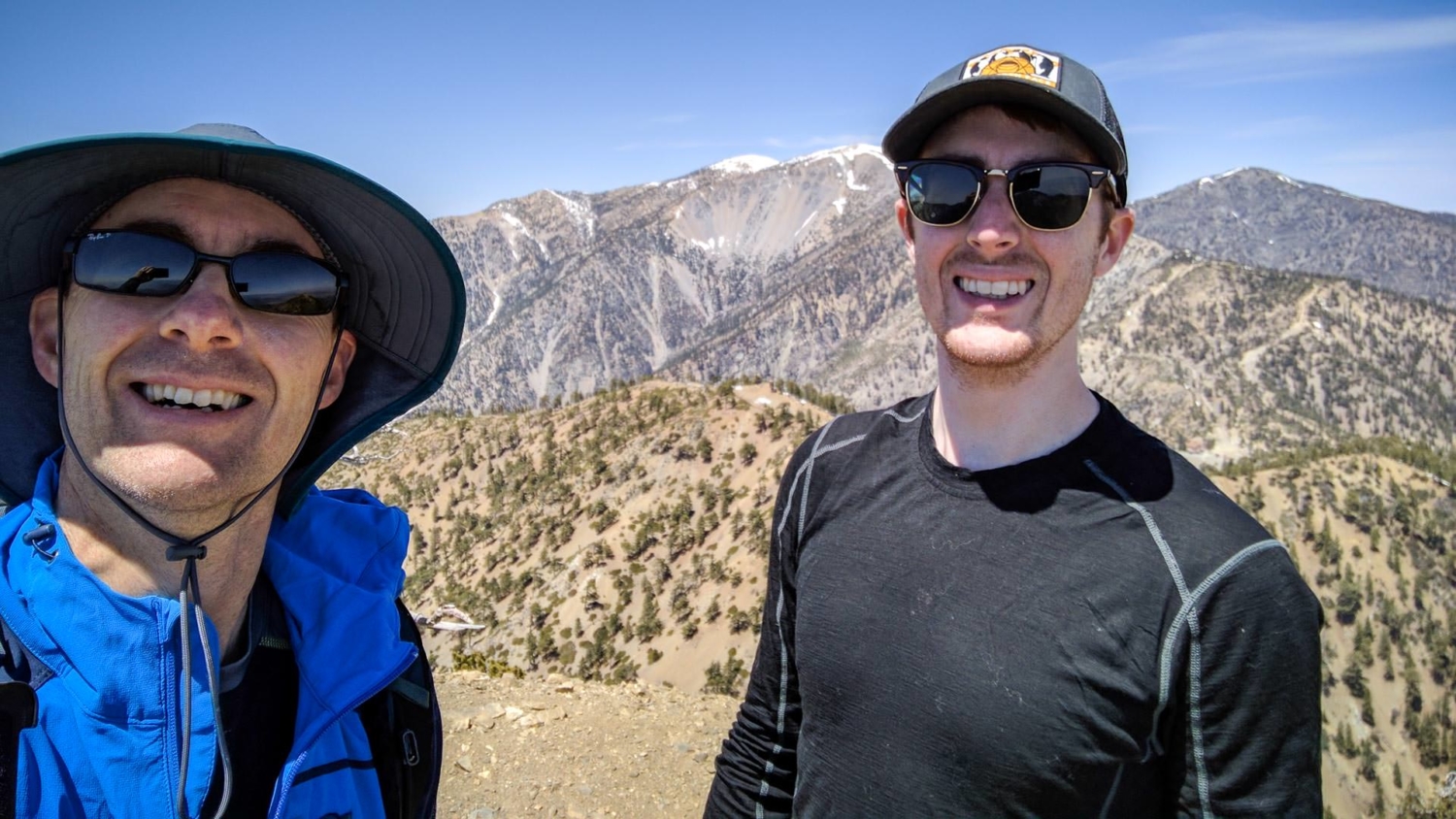 At the top of Thunder Mountain, you look across at Telegraph Peak. The side you’re facing is a steep cliff; it would be a fatal fall from the summit. After Thunder Mountain, we followed a series of switchbacks up to Telegraph. The snowdrifts on Telegraph Peak were big, but not a fatal threat. More a threat of sliding 50 or 60 feet and breaking a leg.

Wes and I inched our way across these snowdrifts using trekking poles; I wish we had brought ice axes, which would have made the going a lot less sketchy. Still, no harm done. We crossed about three or four of those snowdrifts, and I wondered if there would be more on the other side. Fortunately, there weren’t. Going down a steep snowdrift with no spikes or ice axes would have been even sketchier than going up.

There’s not much to the summit of Telegraph Peak. It’s a long narrow ridge, offering maybe a place to sleep on each side, but not a lot of room to walk around. The view is beautiful, looking towards Palmdale and Lancaster. You can see all the way to Mount Baldy and the mountains in between, giving an interesting perspective I hadn’t seen before.

Wes never liked being in the wilderness much, or even camping, when he was a kid. So for the two of us to go on a big hike like this and have a fun dad and son time was pretty special. There aren’t a lot of things in this life better than hanging out with your son in the wilderness, so I’ll check this box as another of Bryan’s best days ever.