Climbing and Falling with the Feller Family in Holcomb Valley

Holcomb Valley, about two miles from Big Bear City, is one of my new favorite hangouts. I took a lead fall, but I was still a pretty great day all in all.

Bryan Feller • September 30, 2017 • 0 • 648
Share 0
Bryan Feller 2017-09-30
In my 20s, I went climbing with my brother; we did some top rope. It was really fun but we didn’t get that far. Years went by, I stopped climbing, got a little fat, kids left home, and I was hiking so much I thought, “Man, I want to push a little harder up the mountains. I want to start climbing again.” So I started going to a climbing gym, learning mostly from scratch. Wes, Liz, and Courtney all got into it, then my wife started climbing with us. Today, we all went out climbing as a family.

Holcomb Valley is about two miles from Big Bear City. It has lots of crags and some routes that are 80 feet. There are no multi-pitch routes, but there are bolted single-pitch routes, over 400 in the area. The bolts are pretty close together, so you don’t need to worry about hurting yourself, even if you haven’t been lead climbing for some time. That said, I ended up breaking two ribs on this one.

Even though there were a lot of people on the rock, everybody migrated from climb to climb, so it never felt crowded. After our first set of climbs, we had lunch back at the car, then came back for round two in the afternoon. Courtney led the second round; she had never led a climbing route before, so she started on a 5.6, which was perfect for her.

We started out on a sunshine face; Wes led with a 5.6, and we all followed and did some top rope. Then I led a few easy 5.8 routes. The weather was amazing — the skies were blue with some wispy clouds, and the high for the day was probably 70.

Bec had not been climbing in a while. I was pretty proud to see her go hard after it on this 5.8…

Wes, almost conqured Pistol Peet, which is a pretty tough 5.10a route…

Following Wes’s lead, I tried Pistol Peet as well and ended up taking a lead fall. I should have stuck with easier routes today, but I got a little more ambition than sense. I’d did not realize it at the time, but I broke two ribs in this fall 🙂

We finished up the day around 4 pm, and had some unexpectedly fantastic hamburgers at a place in Big Bear. Big Bear isn’t known for great food, but this place was pretty darn good. I think we were hungry from the climb. By the time we got back home, we were dead on our feet. My ankle was pretty sore. I thought I broke it so I had it x-rayed the next day. It was just a sprain. Two weeks later, I could hardly breathe because of some kind of pain in my chest. When they x-rayed my chest, they found two broken ribs from the fall I took. Who would have guessed it? Minor injury aside, what a day, climbing with Bec, Courtney, Wesley, and Liz all together. It was one of those few days in your life that you can reflect on and say, “All is right with the world.” 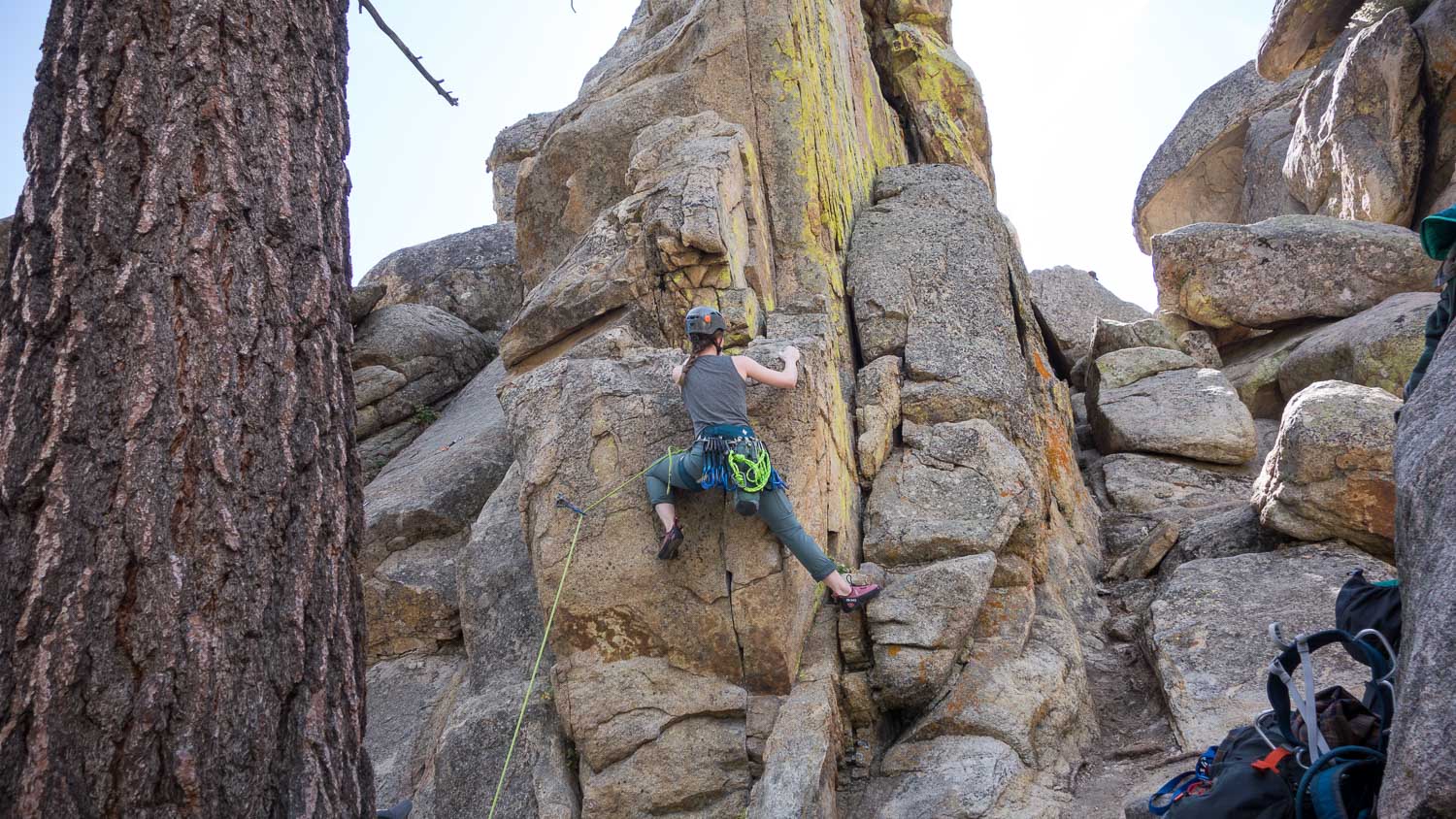 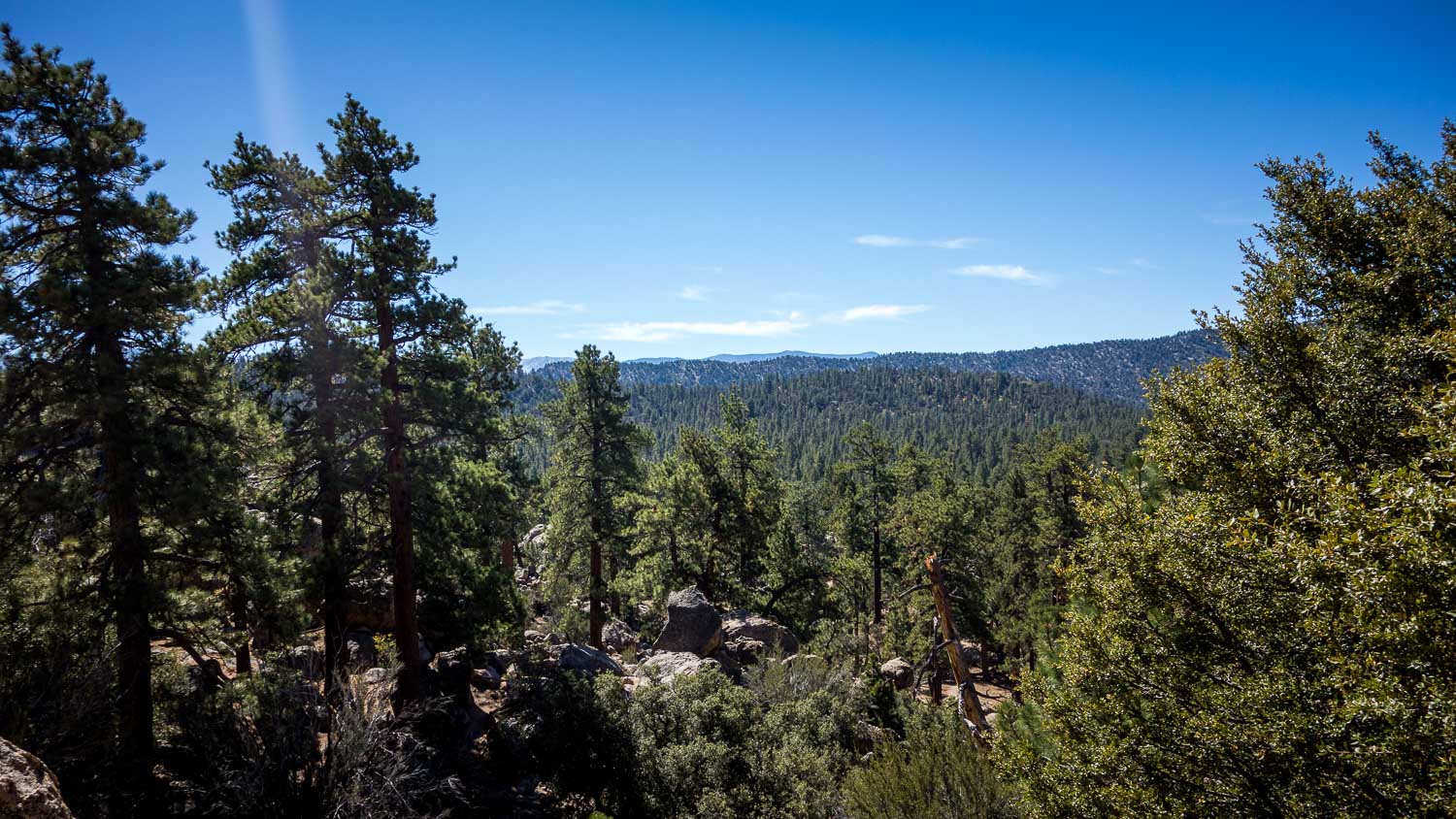 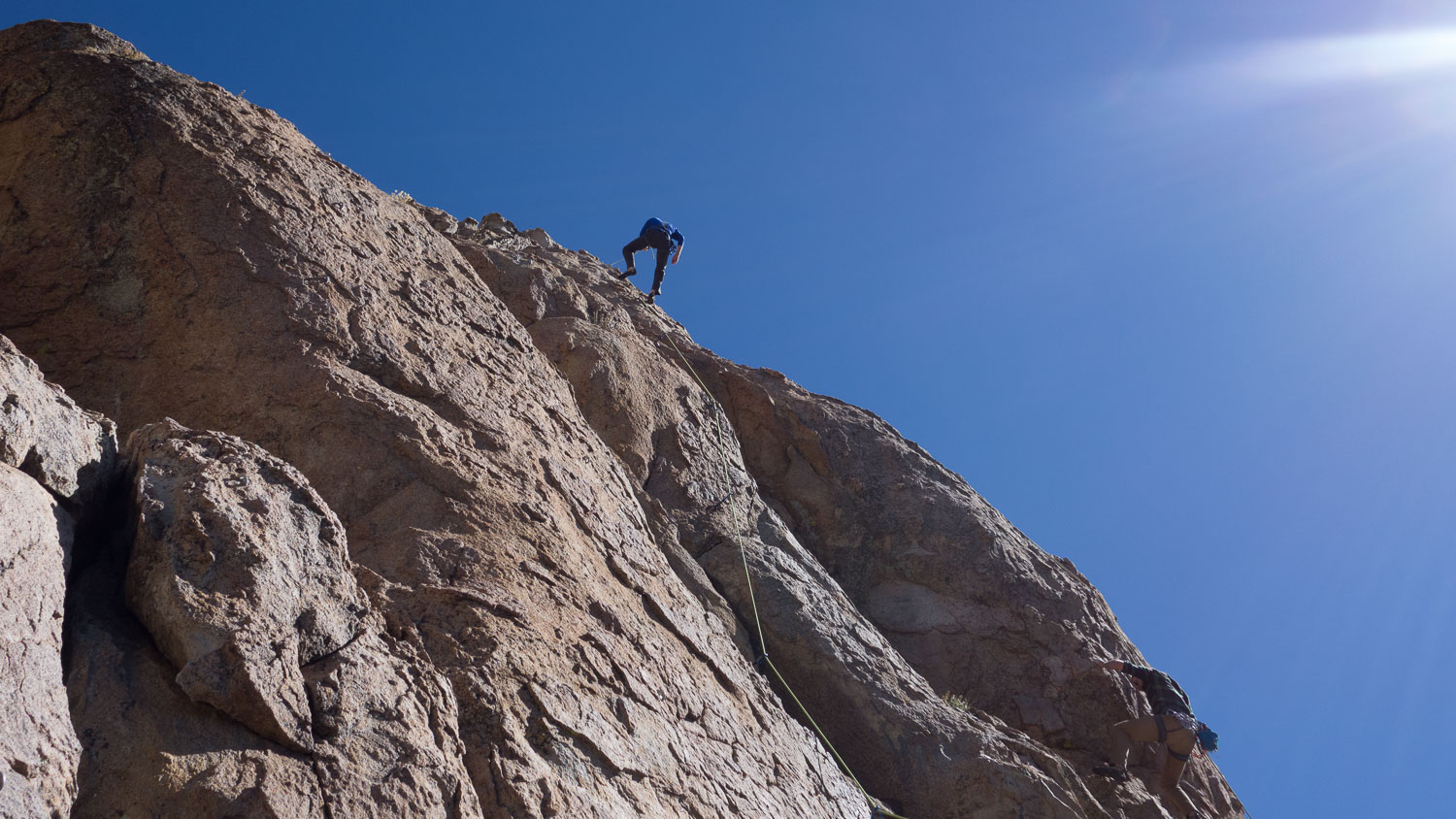 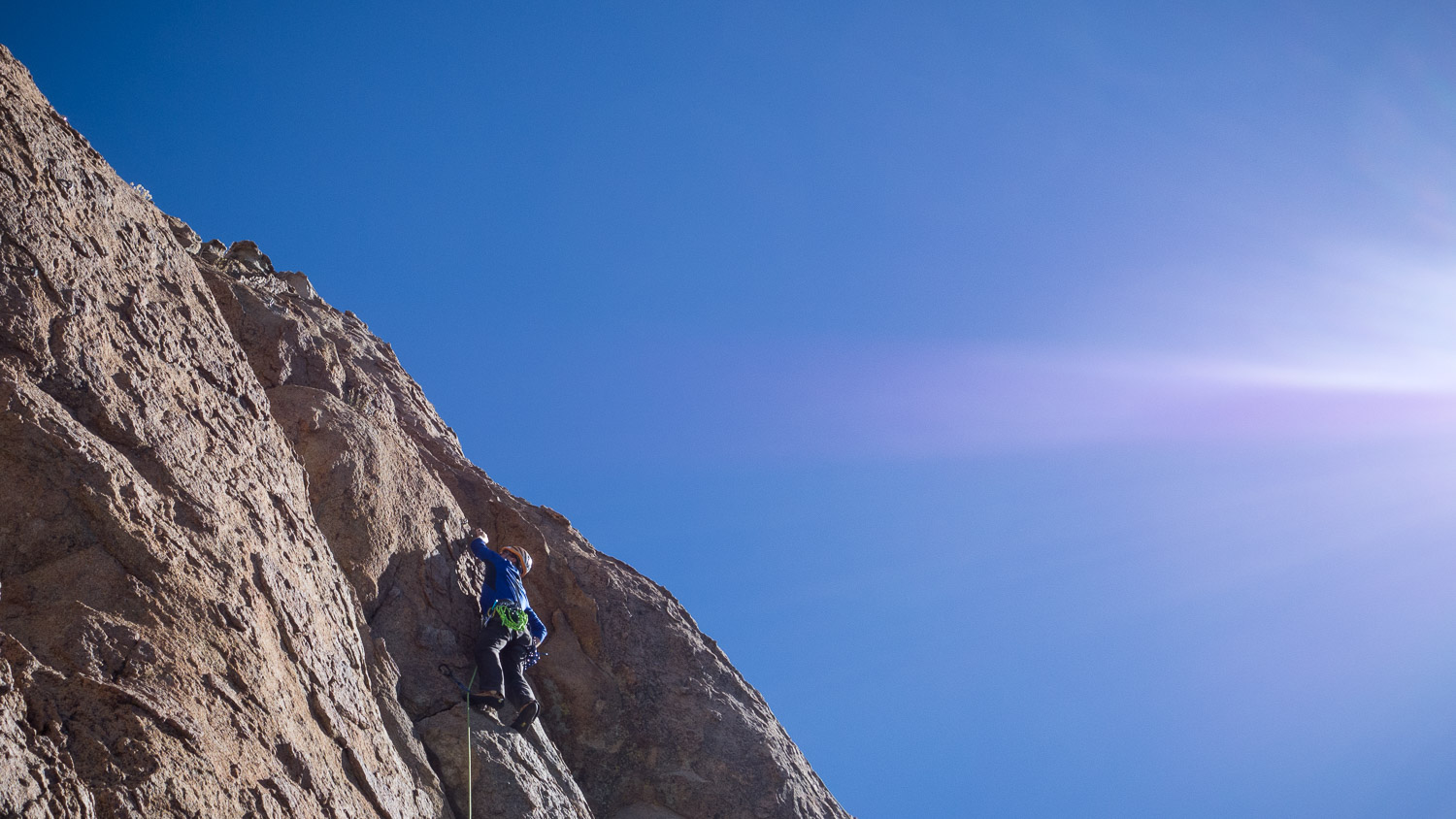 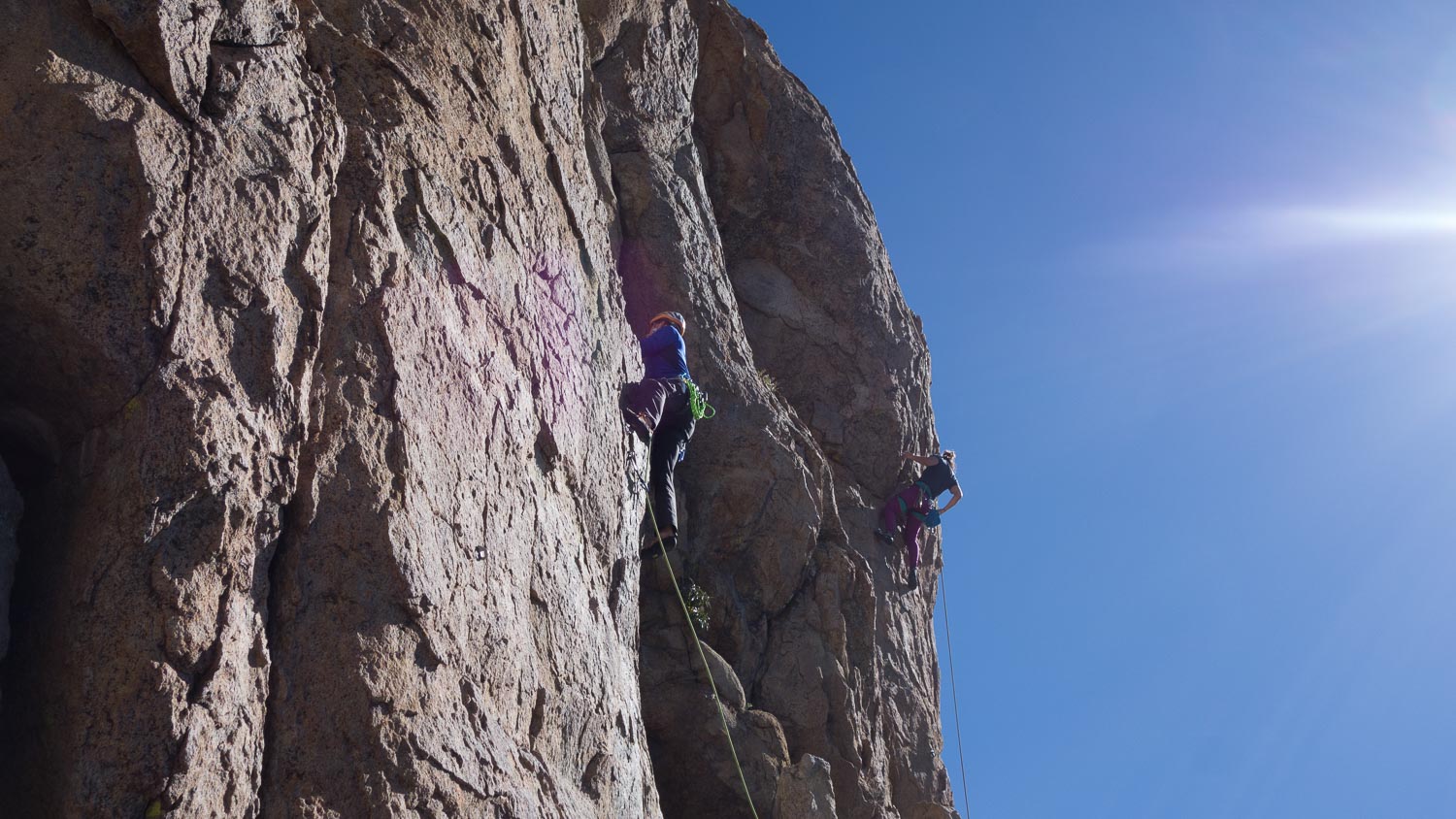 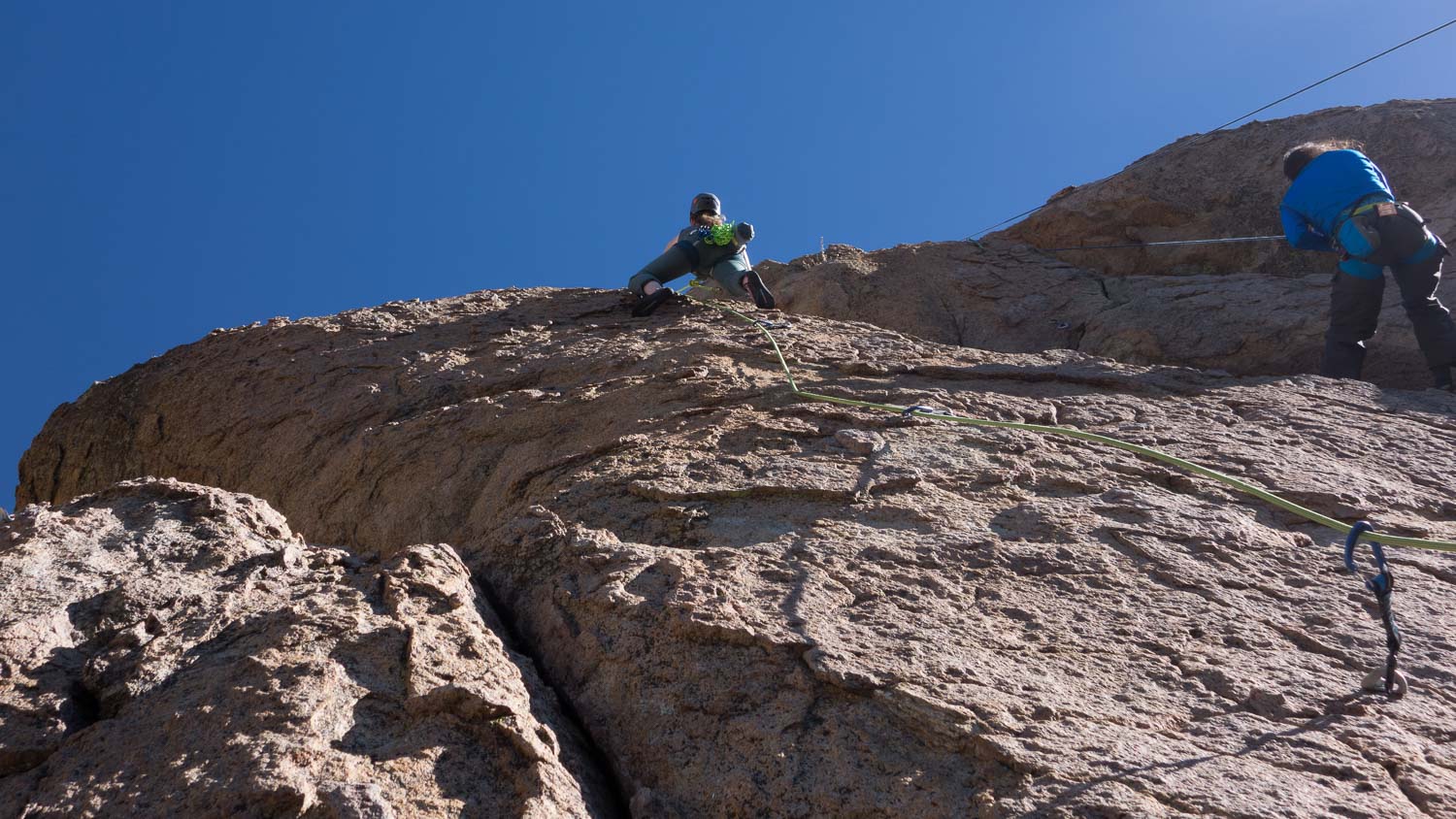 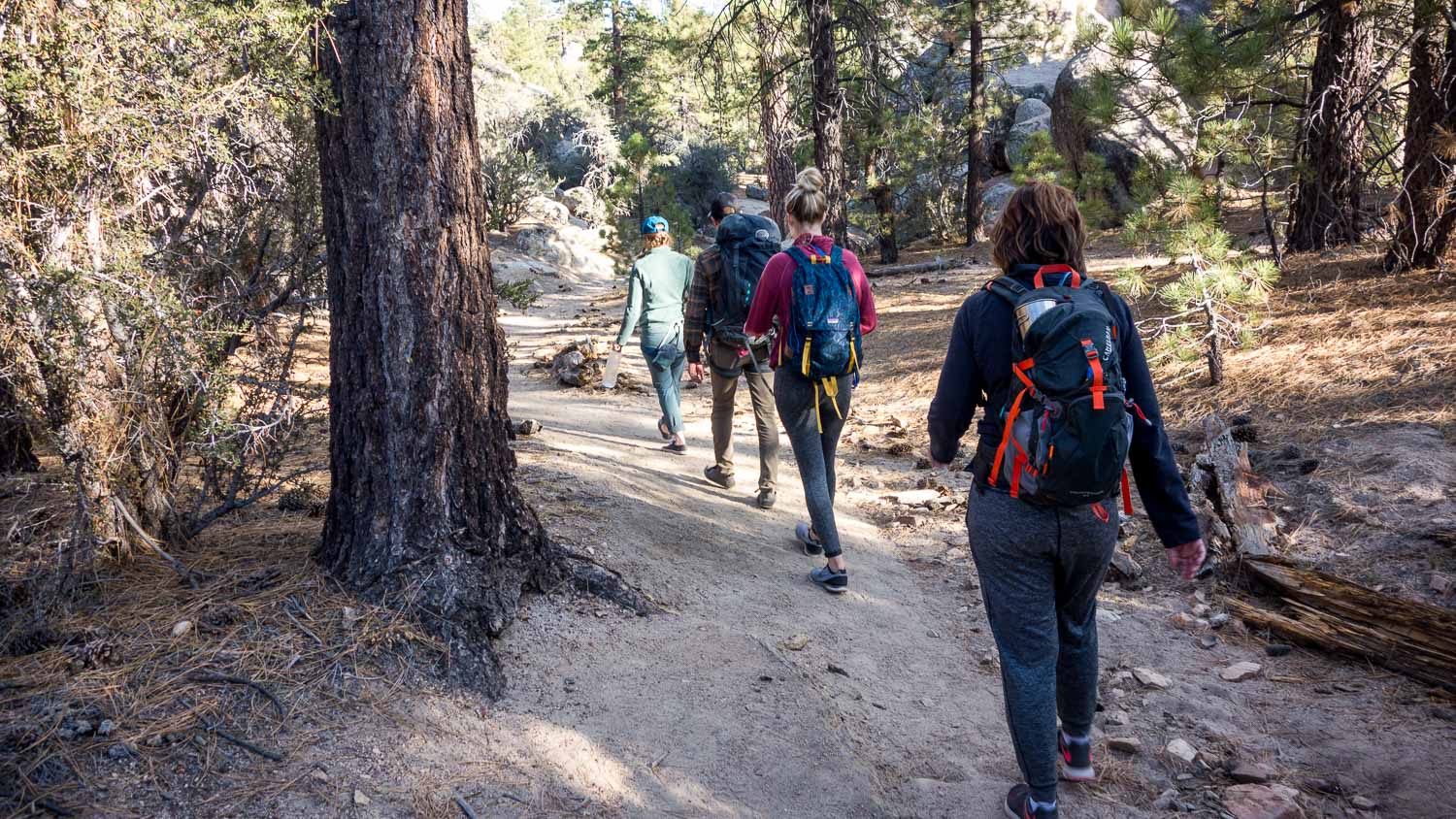 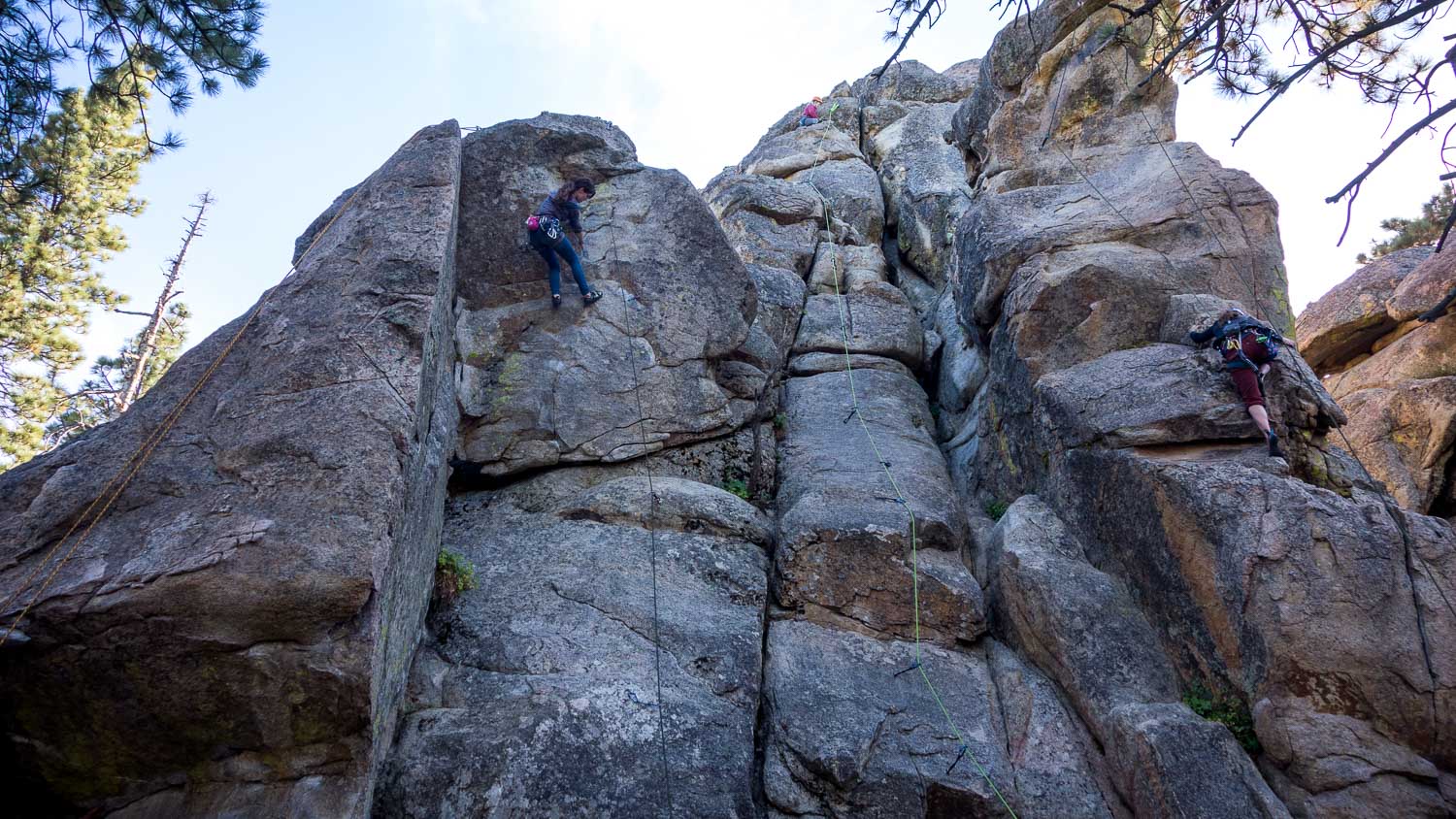