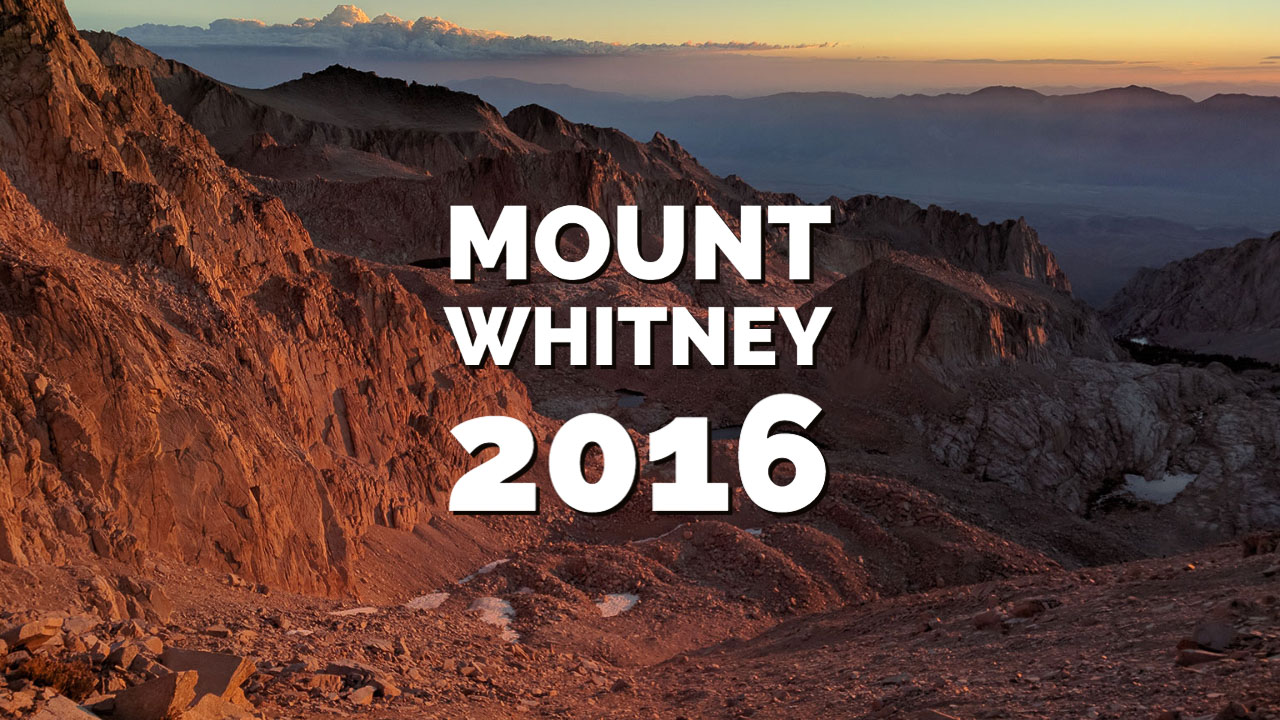 I went on a Mount Whitney day hike with some guys I had recently met through the San Jacinto Hiking Club — Dennis Newton, Jack Pansegrau, and Jim McIntyre. I’d done a skyline trail hike with Dennis and Jack, and Dennis asked if I’d be up for Mount Whitney in six months. I said I’d love to. Out of the blue, Dennis sent me this text: “Hey, I got an extra permit for Whitney, you still want to come?”

Absolutely! Everyone got together a few days early to do an acclimatization hike instead of just pushing up Mount Whitney. We stayed at the Best Western in Lone Pine, which is like the Ritz Carlton for hikers.

Our acclimatization hike was going to be White Mountain, and then two days later we would climb Whitney. White Mountain is considered an “easy 14er” although I don’t know if there is such a thing. In the morning, we drove north from Lone Pine, past Independence, made a right turn toward the Ancient Bristlecone Pine Forest, and up a windy road to White Mountain trailhead, which is about another 90 minutes of travel on a dirt road. Dennis was really worried he would pop a tire and we all teased him about it. Then we passed two other trucks with popped tires. Oops. Luckily, we never had a popped tire of our own.

White Mountain is pretty much a fire road all the way to the summit. Toward the top there is a lot of scree and talus, and there is a weather station at the summit. It’s a long barren hike, but it’s beautiful in its own way. It was quite a day hike. I got a small headache when we reached the summit.

A Visit to the Manzanar Internment Camp

The next day we just took it easy. I spent the morning visiting the Manzanar Internment Camp Museum. It was eerie, walking the grounds alone in a place where over 10,000 Japanese-Americans were held during World War Two. My soul grieved when I saw the hardships they endured. It also gave me so much respect for the Japanese people. So many lost everything during this time, yet they rebounded within a generation.

Their story is about more than injustice; it’s about a resilient people who chose ingenuity instead of entitlement. Those are some of the highest values Americans can aspire to.

Their story is about more than injustice; it’s about a resilient people who chose ingenuity instead of entitlement. Those are some of the highest values Americans can aspire to.

Jim and I also did a little bit of a hike up to Lone Pine Lake, which is a small glassy lake. The weather was perfect when we got there. It’s maybe four miles from Whitney Portal, and you don’t need a permit to get there. I felt strong doing this hike. We got back to the hotel and decided we would leave for Mount Whitney at midnight. As we came down, we could see a storm roll in near the summit and heard the thunder.

Midnight came fast. We grabbed a quick cup of coffee and headed to Whitney Portal. We started out in the dark. There was no moon, but the stars were stunning. Orion and other constellations shone above us. It’s a strange thing, to hike in the pitch black for hours. It can get monotonous, essentially using your headlamp to see the guy’s feet in front of you.

Naturally, it got pretty cold the higher we got. In the daytime in the valley, it had been in the upper 90s. Where we were at midnight, it was dropping from the 40s, eventually all the way to the 20s at the summit. I wore two-layered gloves, the first time I’d worn them. My hands started getting numb to the point I panicked a bit. Jim told me to just wear the outer gloves, as the inner ones were cutting off circulation. Sure enough, I took them off, and in about a half-hour my hands had warmed up again.

We hiked for what seemed like half the night. We finally made it to the 99 Switchbacks, which is just one set of switchbacks among many, 99 of them in a row. The switchbacks end at Trail Crest, which is the final push to Whitney Summit.

We had been able to see headlamps of hikers far ahead of us for hours, as apparently a lot of people had reached the trail before we did. As we started up the 99 Switchbacks, we could see many bobbing headlamps. The first light of the sun crept up as we neared the top of the switchbacks. The red rays lit up all the rocks. It was hard not to tear up just watching it. It had to be the most beautiful sunrise I had ever seen. Pictures simply don’t do it justice.

Once we reached Trail Crest, I could see the other side of the mountain. Guitar Lake and other lakes in the valley became visible. It felt like I was in God’s beautiful cathedral, and He was bringing up the house lights slowly, and as He brought them up, it became more evident I was just a speck of nothing in this massive cathedral. I felt like an insignificant ant in a grand landscape so much bigger than I could comprehend. The more the light filled the valley, the more it felt like my soul was being physically filled with grace and beauty.

Jim was way ahead, and Dennis and Jack were bringing up the rear. I was so tired when we got within a mile of the summit. My face felt kind of frozen, as did the water in my backpack. I told myself, out loud, “Take another step, Bryan. Take another step.” Even with my acclimatization, I just didn’t have the fitness I had hoped to have at that altitude. It was a lot of suffering, but the beauty all around seemed to take the edge off.

The last two miles are surprisingly tough, but this stretch of trail is the most scenic part of the hike. From this vantage point, the view extends past the Kern River Valley to the western Sequoias. At several points along the way, you pass “windows,” small openings between huge rock spires where you can see the eastern views of the mountain dotted with alpine lakes.

Nevertheless, we made it to the summit. Dennis and Jack came about a half-hour later. We took pictures and doled out high-fives, standard summit stuff. Then it was time to head back down. I took a 5-Hour Energy, knowing that 12.5 down was going to be tough without a little boost. Coming down, I was able to enjoy the amazing scenery along the summit ridge of Mount Whitney

I have to give serious kudos to Jack. Not just kudos, though. The guy’s an absolute hero. Jack has bad knees. He’s in his mid-60s, and his knees are so bad he wears a hard brace on each leg. I think a lot of people attempting Mount Whitney with knees that bad would have just given up and waited for the Grim Reaper to overtake them.

Jack’s just one of those examples who helps me think, “I’ve got to be like that.” I don’t care what happens to me, I’m not going to roll over and give up if my body doesn’t cooperate anymore. I’m going to push my body, because the alternative is sitting at home, watching TV until you die. I have huge respect for people who, despite the effects of aging, push out and up anyway.

Jack’s pure tenacity to get outside and stay in the game was one thing that really moved me and impressed me on this trip. What’s more impressive is that Jack did the John Muir Trail earlier in the season.

Jack’s pure tenacity to get outside and stay in the game was one thing that really moved me and impressed me on this trip. What’s more impressive is that Jack did the John Muir Trail earlier in the season. Unbelievable!

In the morning light, it was great to see what we had hiked up. We returned at about 4 pm, after hiking straight from midnight. It was a long day. Surprisingly, I didn’t feel too bad. Not as bad as I thought I was going to feel. Of course, we were tired, but after some dinner and rest, I was on the road the next day coming home.

Check the box, I did Mount Whitney, and it was awesome. I have a new appreciation for the rugged, treeless beauty of the eastern Sierras. It’s one of those things you’ve just got to do, even if just for the sunrise and sunset.

Back at the hotel, I slept hard. When I left for home in the morning I left the maid a $200 tip. I can’t point to exactly why. I had never done that before. I had experienced some kind of transcendence that I could not describe and I couldn’t help but overflow with generosity – to a person I had not even met. As I recalled this event, I ended up writing a post about how wilderness causes us to be more generous.