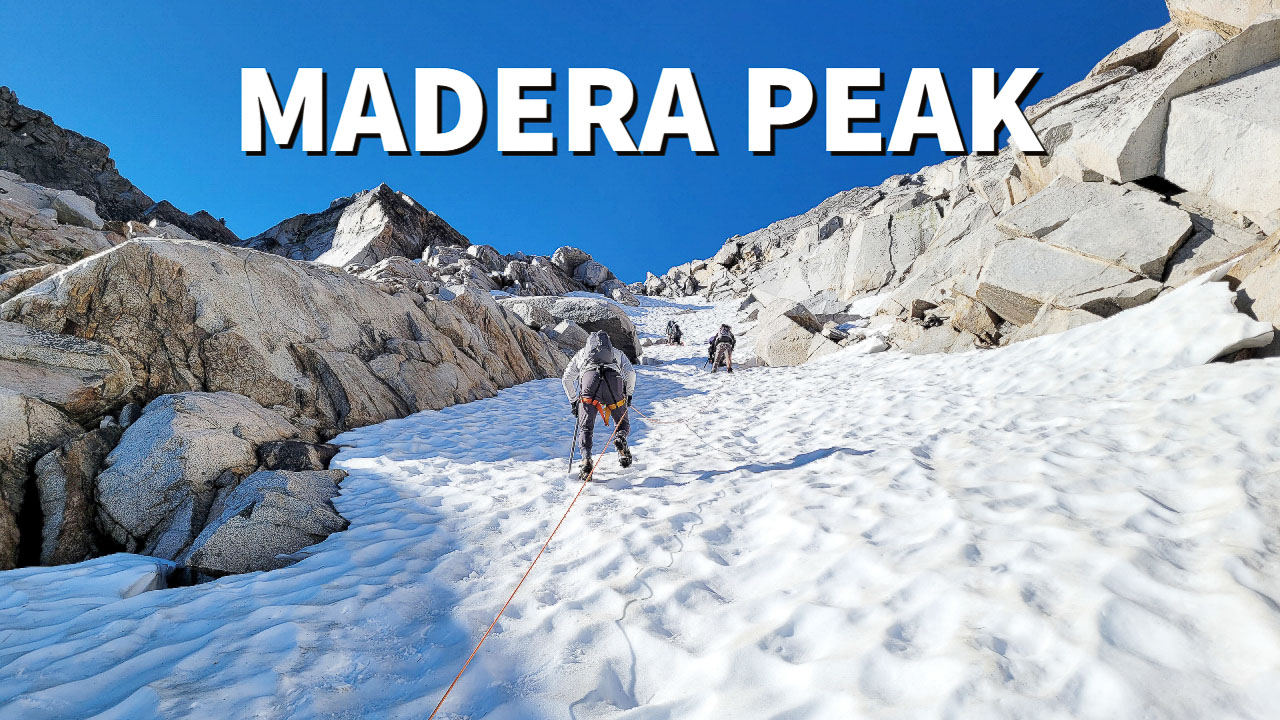 Tom from Summit Adventure talked to me about the Men’s Life Renewal course he was putting on and asked me to join as a support person. It sounded like a blast. We took six guys into the Ansel Adams Wilderness near Yosemite. Over six days, we did some peak bagging, some solitude, and some time processing the big issues going on in life with one another. We wanted to allow enough healthy boredom to create enough space for all of us to get more clarity on the most important things in this season of life.

After briefly getting acquainted, and a long ride to the trailhead, we made our way 5 miles to camp. The Creek Fire had destroyed a lot of the forest on the hike in, but our camp at Lady Lake and the surrounding area was completely untouched. The next day, we decompressed and let the boredom do its work and began to share stories about what was going on in our lives. At dinner, we decided to summit Madera Peak the next day.

The easiest way to access the summit of Madera Peak was to climb a steep, 500-foot couloir. After scouting it the day before, we found a route up some slabs to the couloir which would get us to the summit ridge. We got our crampons on and Tom set up a hand line since the snow was hard and steep enough that an unprotected fall would be fatal. On the way up Ian took a photo of him and I at the top of the couloir and texted it to his wife. “I’ll call at the summit” was the text attached to the photo. More about this later.

On the way up Ian took a photo of him and I at the top of the couloir and texted it to his wife. “I’ll call at the summit” was the text attached to the photo.

Once we got to the summit ridge we hiked over big slabs of talus all the way to the summit where we had lunch and enjoyed the views. While Ian was on the summit, he texted his wife as he promised, but only the first text went through because of the spotty cell coverage.

After the summit, we took a rest day of solitude and conversation which was really refreshing for all of us. It surprised me how quickly the conversations got more personal than any of us had expected. As men, most of us just go through life just doing what we need to do without realizing how much our fears, traumas, and challenges are taking a toll on our well-being. Sharing our stories felt transformative for all of us. I walked away from this experience deciding that I was going to be much more intentional about building a tight community of like-minded men in my life. There are too many ways to get derailed without this.

The next day we did a 5-mile hike off-trail following a creek up to a cluster of lakes. We must have hiked past at least 10 small lakes along our route and never saw another person. We ended up on the other side of Madera Peak and got back to camp by ascending a steep slope completing a loop from where we had started that morning. Throughout the day, the great conversations we started the day before continued. The following day we all spent some deliberate time in solitude and ended our time that day with more deep conversations.

The Key to Marriage is Communication

Let’s come back to that photo Ian sent to his wife, Mindy. Unfortunately, Mindy only got the photo below with a text saying that Ian would call or text at the summit. He DID text at the summit, but she never got it. Thinking the worst, Mindy contacted the Sheriff, who contacted Summit Adventure, then drove 90-minutes one way to our trailhead to investigate. Below is the note they left on our car. I guess the lesson learned here is something all husbands already know intuitively: Sometimes less communication is better :)

Half Dome: Leading a Day Hike with Summit Adventure