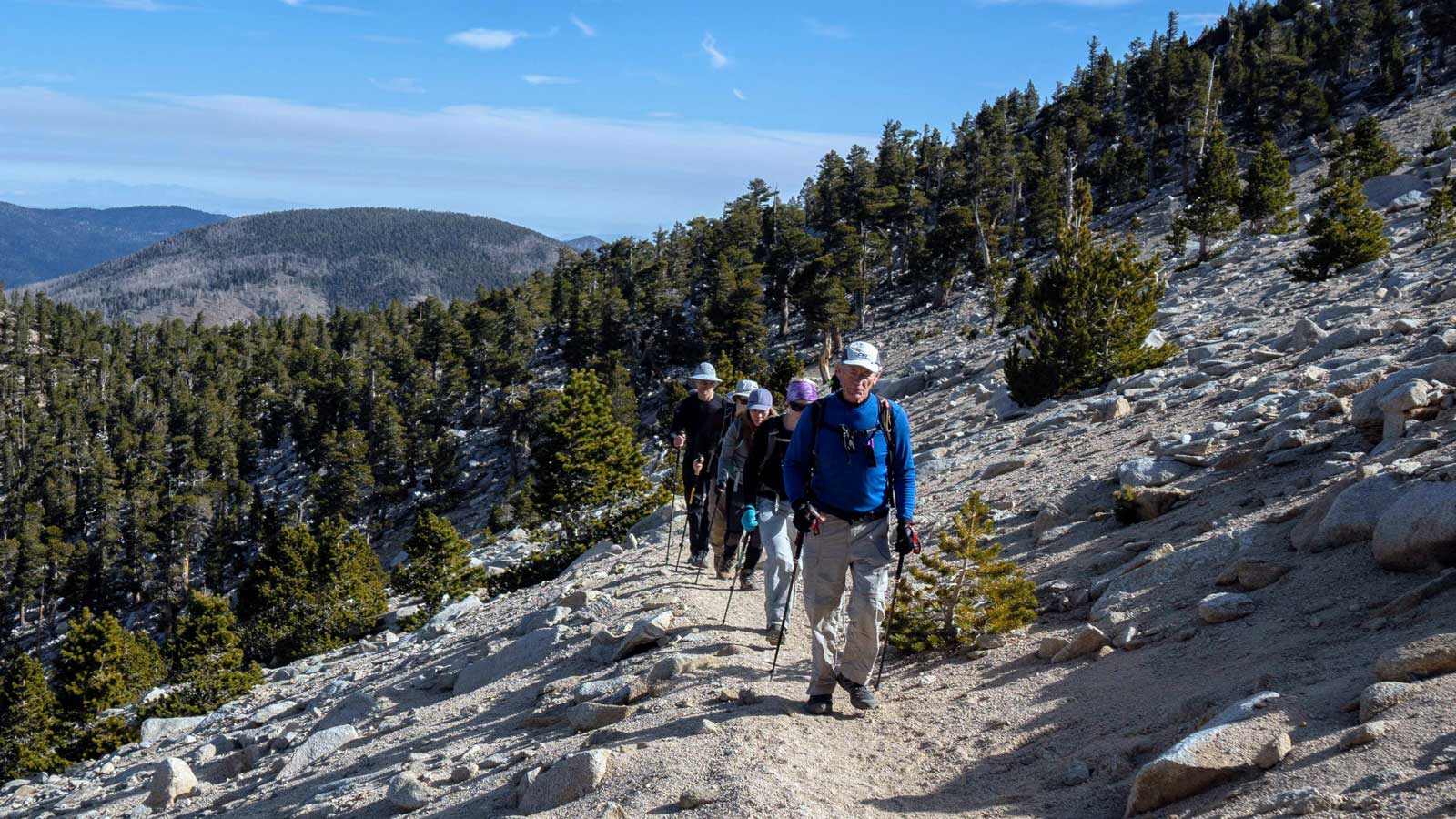 Well, it was another Saturday when I knew Bec was going to be doing homework, so I decided I would go out and hike a peak. I found that the San Jacinto Hiking Club was doing a six-peak, 22-mile hike in the San Gorgonio area. When I saw that, I thought, “Okay, this will be my speed; I’ll get out there and push it up.”

Unfortunately, I did a really, really hard workout on Friday at CrossFit and I was still pretty sore when I woke up at 4:00 am to head to the trailhead. I would come to regret that workout most of the day, because it was pretty tough.

Danny was leading it and though he is most likely 20 years my senior, I honestly struggled to keep up with him. It was awesome and inspiring. I so much want to be like Danny when I grow up.

Danny was leading it and though he is most likely 20 years my senior, I honestly struggled to keep up with him. It was awesome and inspiring. I so much want to be like Danny when I grow up.

We started from the South Fork Trailhead by Jenks Lake. The trail is kind of wrecked for maybe two or three miles, possibly even more, because of the fires. But, once you get to higher elevation, you begin to see trees again in areas that were not affected by the fire and it gets prettier.

We left the trail quite a bit. In fact, most of the time we were not on trail, we were bagging peaks and going across country and that was a lot of fun. It was also very tough because we were hiking up very steep slopes of loose sand and rock and it was pretty taxing on the lungs and the legs.

I did hike Dragon’s Head for the first time and thoroughly enjoyed it. It’s this hidden gem out behind San Gorgonio that I’d never seen or been to before. I also hiked the Mine Trail and a number of other trails that I had not been on before which was a lot of fun.

Coming down from Dragon’s Head, we crossed “The Tarn,” that vast unexplainable plateau just before San Gorgonio Peak. It’s perfectly flat and as large as a football field – strangely out of place out here.

I saw the memorial and the plane wreckage from the military plane that crashed in the 1950s. It was an eerie scene because the wreckage is still there right in the middle of the trail, just like it was all those years ago.

We left about 5:45 am and got back about 5:45 pm, so it was a full 12-hour day. I woke up the next morning pretty sore, but not feeling too bad, and looking forward to the next big one.

San Bernardino Peak in the Snow