I was 20lbs overweight and I was trying to tell myself that I was eating healthy. Like most Americans, I was kidding myself about what I was eating. I finally decided it was time to stop eating like an eight year old.

Bryan Feller • February 10, 2018 • 1.2k
Share 1
Bryan Feller 2018-02-10
By January of 2016, I had dramatically improved my fitness level with a lot of hiking. I was starting to go to the gym between hikes so I could take on tougher challenges. I had hoped I would lose weight with all that cardio, but I didn’t lose a pound. I was 20 pounds overweight, so I decided to get serious about slimming down.

My doctor had me on a statin because I had a TIA (a mini stroke) about a year and a half earlier. My cholesterol dropped, but the statin had side effects I wasn’t willing to live with. I decided I was ready to stop eating like an eight-year-old and get serious about my diet.

I firmly decided in my own mind that I was going to get my cholesterol down to where it’s supposed to be by eating good food, not by taking drugs. And I was going to lose weight. I didn’t go on any particular diet, because a diet implies only eating a certain way until I hit my weight goal, then going back to familiar patterns.

I Made Some BIG Diet Changes

I started by cutting the worst things out of my diet. I stopped eating pizza, my nemesis. I still miss it. I cut out as much bread, pasta, and empty carbs as I could, and NO fast food. I even swapped out rice for quinoa, and white potatoes for sweet potatoes, since these foods are high on the glycemic index. My biggest change was to stop eating sugar. Now, there’s sugar in everything, but I only stopped eating sweets initially. Donuts, desserts, candy, sugary cereal–you name it, I didn’t eat it.

While there are a lot of people who believe that fat is not the big enemy in our diets, I felt that I needed to lower my fats as much as I could, given my history of having a TIA. I swapped out red meat for turkey. I ate a lot of salmon. For me, healthy fats like nuts and olive oil were OK.

Now, Watch Me NOT Lose Weight

You would assume, between exercising and eating right, I would have lost weight. I didn’t. I lost a meager four pounds between January and October of 2016 by “eating healthy.”

My wife Bec had been nagging me (and I say nagging affectionately) about tracking my food. At one point, she had tracked her food with a phone app called My Net Diary and it was really helpful. I didn’t think I could discipline myself to track everything I ate, but I was determined to move forward with my health. I started snapping barcodes of foods I ate and looking up foods in the app’s database. My odyssey of self-discovery had begun.

The first thing I learned was that I was a complete idiot. I was eating way, way too many calories! I might have been eating things that were good for me, or in some cases, things that I thought were good for me (more on that later), but I was eating way too much. I was consuming between 2600 and 2800 calories a day, and I wasn’t burning nearly that.

If you eat too much “good food,” you stay fat.

There are diet gurus who say that weight loss is not a calories-in/calories-out equation. This is ridiculous. Yes I agree that not all calories are equal, but the laws of physics still apply. If you eat too much “good food,” you stay fat.

Optimizing My Protein, Fats, and Carbs

I dialed down my input. I gave myself a calorie budget of 1900 calories a day, and I stuck with it. I was pretty hungry at first, but I eventually got used to it. Then I started optimizing my macronutrients. In my fitness rhythm, I was trying to build muscle and I realized I was not eating enough protein. So I started eating more protein and lowering my carbs. In my reading and personal experience, this is a key success factor for weight loss across the spectrum of opinions.

I’d get a weekly report from My Net Diary that would give me a nutrient list of everything I had eaten, down to the last detail–vitamins I was getting, cholesterol, fat, how much saturated fat, etc. And I made some startling discoveries. I realized at one point I was seriously deficient in vitamin C, so I started taking a multivitamin and doing my best to eat more foods with vitamin C.

The biggest discovery I made was that I was still eating a ton of sugar–even though I didn’t eat sweets of any kind.

Eradicating the Terrorist of My Diet

There is one thing every health guru agrees on: Sugar is the enemy. The average American eats about 20 teaspoons of sugar a day and this one substance is responsible for a cascade of health issues in modern western cultures.

I was still eating a ton of sugar, and I didn’t even know it. For example, I would eat a huge bowl of Raisin Bran, thinking I needed to have a diet high in fiber, and Raisin Bran is really good for you. I never bothered looking at the box. Raisin Bran is packed full of sugar. In some cases, I would have a bowl or two bowls of Raisin Bran, thinking I was eating healthy, consuming 800 to 900 calories that were packed with sugar. I started reading labels carefully and I eventually realized that practically all processed foods are packed with sugar. The sauces and dressings I was eating were full of sugar. Even bread has sugar in it. Oh, and those protein bars that I thought were so “healthy” are full of sugar. The only way I was going to get rid of the sugar was to eat “real foods.” So I did the best I could to move that direction.

I would have a bowl or two bowls of Raisin Bran, thinking I was eating healthy, consuming 800 to 900 calories that were packed with sugar.

I started losing about a pound a week.

Then I made another startling discovery. In an effort to boost my protein without the cholesterol, I started eating egg whites for breakfast instead of whole eggs. I also started eating a lot of fat-free yogurt for the same reason. I could get 20 grams of protein out of a minimal amount of calories without any cholesterol. I never bothered to look at the label.

A month later when I looked at my reports from my food-tracking app, I discovered my sugar intake was far higher that I thought it should have been. Where was the sugar coming from? Yogurt. The yogurt I was eating had more sugar than protein. I promptly dropped the yogurt from my diet and dropped my sugar intake to 20 grams a day, mostly from fruit. Success!

The Consequences of My Past Sins

I hate to admit this, but in my 20s and 30s, every afternoon I would have a Dr. Pepper and a king size Snickers bar. I can’t think of a better way to get type 2 diabetes than to do that every day, and yet I did it every day. I wasn’t fat and I didn’t think bad things could happen to me. As of the writing of this post, my sugar is a little high. It’s not diabetes high, but it’s getting in the yellow zone where it shouldn’t be–and I’ve been exercising aggressively and managing my diet for three years.

Like many Americans, I have developed insulin resistance from all those years of poor eating. What most people don’t realize is that when you fill up your blood stream with sugar over long periods of time, the mechanism where glucose is transferred to muscles and tissue gets tired of the sugar in your blood being so high, and eventually it rejects being “force fed” that sugar. You literally break the mechanism of how sugar is taken out of your blood, facilitated by insulin, and transferred into your muscles and tissues. When you completely break that system, it is type 2 diabetes.

You can abuse your body with too much sugar intake for years, and it might not affect you. Then it catches up to you–5, 10, or 20 years later.

You can abuse your body with too much sugar intake for years, and it might not affect you. Then it catches up to you–5, 10, or 20 years later. Sometimes, you can change your diet and exercise and fix it, but sometimes you can’t. In my case, I’m doing everything I can to hopefully remedy the issue. I am working this problem with diet, exercise, and doing intermittent fasting once a week. Time will tell at this point.

I Gained a Few Pounds Back, But in Different Places

I ended up losing 20lbs, getting my weight down to 165. Because I was never on a diet, I just kept on doing what I had been doing before–eating healthy foods and keeping my calories at a reasonable level.

I made yet another startling discovery. Four months ago I went from a solo gym routine at LA Fitness to CrossFit. My fitness level has increased radically and I now weigh 175. Fortunately, I have gained almost all of that in muscle. My pants are not tight in the waist, they are tight in the thighs–a great problem to have. My food rules have evolved a little but they are still close to what they were when I started:

I’m certainly not perfect. I do eat sugar from time to time, against my better judgment. I’m not a robot. That said, I am eating healthier than I ever have in my life and I am feeling and seeing the results.

Everyone has an opinion about what a healthy diet is. In fact, I have never seen a domain of intellectual knowledge where there is so much contradictory advice. Sometimes it’s hard to know what to believe when it comes to health and fitness. What I do know is that I feel really good, my cholesterol is very low, and my strength and cardio fitness levels are great and getting even better. I found what works for me and I’m sticking with it.

My advice: Don’t over think it. Use some common sense. If nothing else, get rid of all the sugar and you will see a dramatic improvement in your health.

I hope this encourages you to find what works for you. 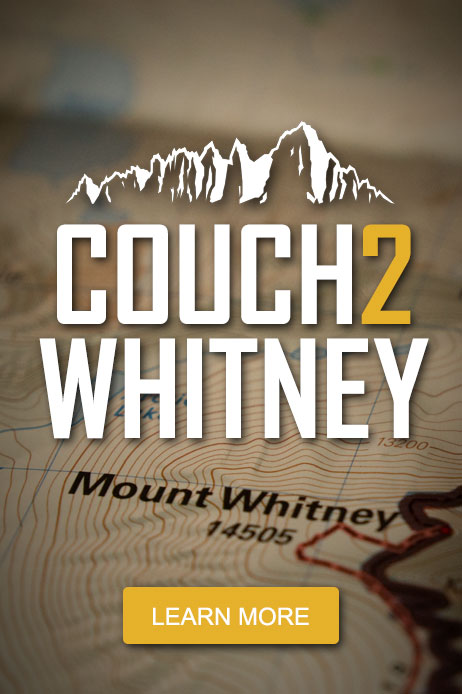