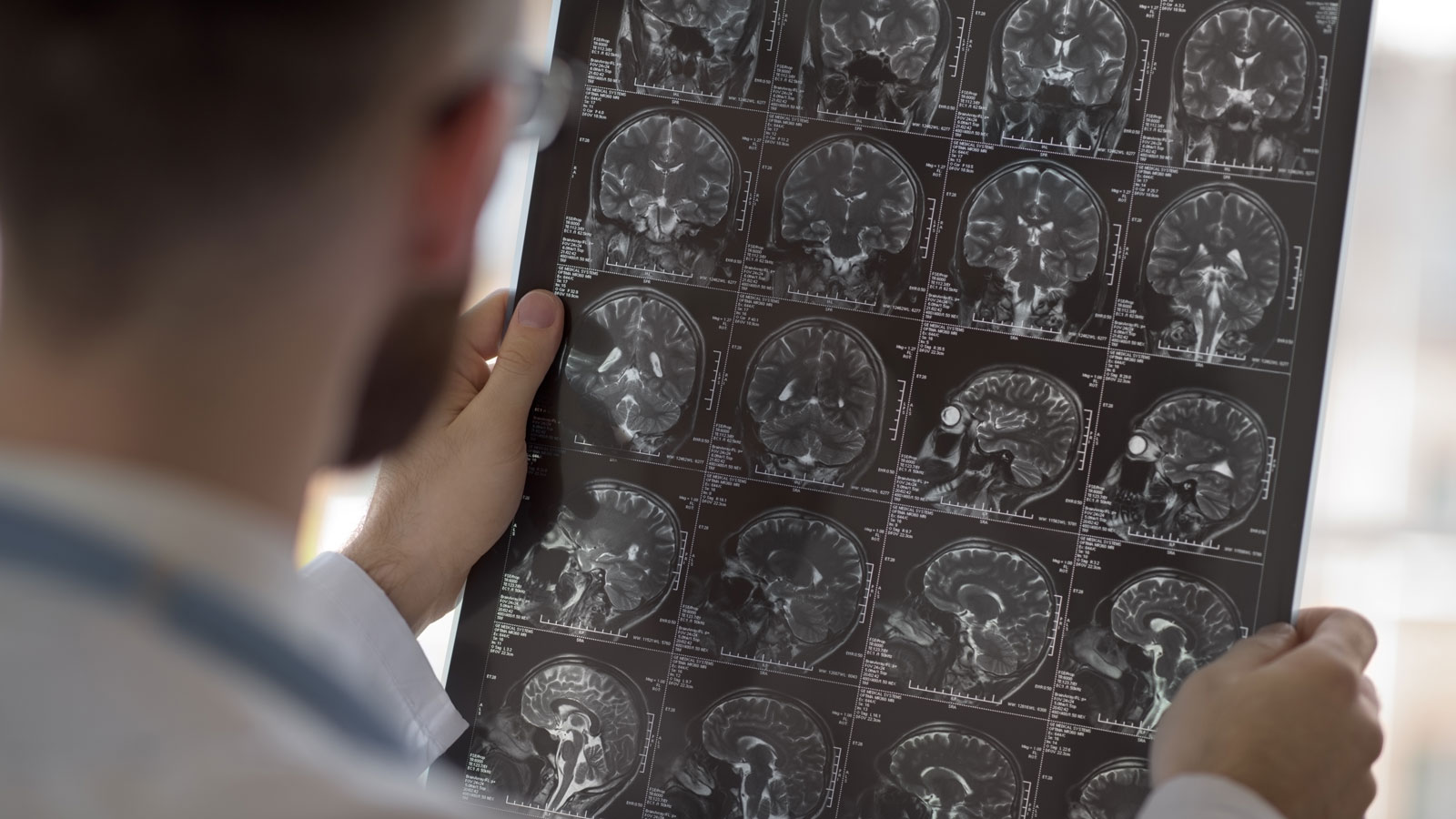 On Tuesday, July 2, 2013, about 10 am, I got a wake up call. At the time, it was more like a waking nightmare. I had just sat down for an impromptu strategy meeting with two colleagues to brainstorm for a marketing campaign. Someone asked me a question, but when I tried to answer, only murmuring sounds escaped my mouth. Then I began to lose vision in my right eye. Thirty seconds passed, and I still couldn’t speak.

All the while, my mind was perfectly clear. My thoughts were racing. I put up my hand out in front of me as if to say to my colleagues, “I’m upset,” and left the room without a word. I still couldn’t talk.

I walked down the hall to my office. By the time I sat down in my chair, I could speak again and I began to regain my full vision. Now I had a terrible headache. I got my stuff, circled back to my perplexed colleagues, and told them I didn’t feel well – then went home. Maybe I was really dehydrated or had the flu? I popped a handful of Advil to kill my splitting headache and I took a long nap.

I Got Here by a Well-Worn Path

I stayed in shape when I was younger. Even in my 30s I was still trained in martial arts and even competed. But I let my health slowly decline in the decade that followed. I still felt like a young man, but I wasn’t.

Like many Americans, I added about a pound a year since age 25, based on my regular diet of sugar and bad carbs. I still remember my afternoon ritual of a Snickers bar washed down with a Dr Pepper. At this moment in time, the age of my body exceeded my chronological age by a decade. My blood sugar was at pre-diabetic levels and my cholesterol was 240.

At age 44, I was a strategy consultant. A good fixer. I accepted the assignment as the interim CEO of a healthcare organization deep in trouble. There were some bad people and some clueless people in the organization, which created a cocktail of poisonous dysfunction. The few good people who were there couldn’t make a difference. I jokingly refer to that assignment as a “knife fight in a phone booth.”

Writing about it today, I should have sounded the alarm. All of the indicators were there. I had taken a well-worn path and the destination was predictable.

I was at my tipping point and I didn’t even know it. I had taken the job because I needed it, not because I wanted it. 2009 had wrecked our business, and we were inching our way back to financial health. That low-level stress seemed to last a decade, and this job dialed up the stress even more.

On the Holmes and Rahe Stress Scale, I was a very high risk for a major health event. And when something finally went seriously wrong, I was blindsided.

In 1967, psychiatrists Thomas Holmes and Richard Rahe decided to study whether or not stress contributes to illness. They surveyed more than 5,000 medical patients and asked them to say whether they had experienced any of a series of 43 life events in the previous two years. Each event, called a Life Change Unit (LCU), had a different “weight” for stress. The more events the patient added up, the higher the score. The higher the score, and the larger the weight of each event, the more likely the patient was to become ill. In my case, my score was in the “very high” category. You can take the test yourself in just a few minutes by clicking on this link.

I had experienced a mini stroke. Doctors call it a transient ischemic attack, or TIA for short. A TIA happens when blood flow to the brain is blocked or reduced, often caused by a blood clot. In my case, the clot blocked blood flow to the area of my brain that controls speech, and an area near my optic nerve.

After a brief time, the clot dissolved on its own. With a more severe stroke, the blood flow stays blocked, causing permanent brain damage.

Ironically, the organization I ran at the time employed the medical doctors who were my direct reports, but I kept this episode to myself for several days. In my mind, having a stroke was not even in the realm of possibility. Those are things that only happen to people who are obese, I rationalized.

When I finally mentioned it to one of our doctors, he got strangely concerned and immediately sent me for a full set of heart tests, blood work, and a CT scan. Thank God, the tests showed no brain damage.

A week later, I had another episode, this time while walking through a Target parking lot with Becky. Like a drawn curtain, I lost vision in my right eye, this time for about five minutes. I chewed a handful of aspirin and prayed out loud, “Lord, please heal me or kill me. But don’t let me end up in some debilitated state, unable to provide for my family.”

Was this really happening?

The doctor told me I was probably one of those people whose liver produces too much cholesterol. It was genetic. I liked that explanation because it meant I wouldn’t have to make any real lifestyle changes. I felt my mood lift a little in the euphoria of my own self-deception.

The doctor suggested I get on a statin and improve my diet. This got my cholesterol to 160, but the statin had side-effects I couldn’t live with. Eventually, I got off it and changed my diet for real. I quit eating like an 8-year-old and my cholesterol dropped below 135 – without a statin. I started to feel empowered and hopeful again.

I still wasn’t going to the gym at this point. I just lacked the motivation. I bought a bike, but I hated it. I had always preferred walking, which was how I typically prayed and cleared my head. Eventually, hiking became my fitness, therapy, and motivation to get in better shape. That’s another story altogether.

So What? You Had a Little Stroke

You’re probably thinking, “So what? You had a TIA. No real harm done.” About 40 percent of people who have TIAs end up having full strokes. Knowing the trajectory I was on, I’m fairly certain I would have had more serious health events had I not changed my lifestyle.

Here is a story worth considering:

On a clear night in 1968, Flight Eastern 401 approached for landing. That’s when the flight crew noticed a landing gear indicator light that failed to indicate the gear was down and locked. As the flight crew tried to troubleshoot the issue, the pilot inadvertently bumped the yoke of the flight control, putting the plane into a slow, imperceptible descent.

At 100 feet, the copilot read the altimeter out loud: 100 feet. At that point, they could have easily applied power, pulled up, and returned to a safe altitude. Instead, the pilot argued that they should still be at 2,000 feet, and for the last 10 seconds of their lives, the pilots debated what version of reality was correct. Reality had changed and they couldn’t bring themselves to accept it.

So many of us allow our health to slowly decline. We get so wrapped up solving work and family issues, we don’t realize our lives are on the line. We can pull out of this descent, but we have to stop kidding ourselves about where we are.

My story is a cautionary tale. It ended well for me, but for many it doesn’t end well. I want to encourage you to take stock of where your health is at, and make the necessary changes. For those of us who are in middle age, we need to see our lives as they are, not as they were a decade or two ago.

Everything I Thought I Knew About Aging Was Wrong

The Brain-Changing Benefits of Exercise

If You Want to Get Fit, Quit Your Gym