This hike was tough; 5,700' of gain and a long approach across miles of talus. By the time I actually made it to the mountain, I was pretty spent. I'm so glad I pushed to the summit!

Bryan Feller • June 29, 2020 • 658
Share 0
Iwas looking for a mountain that was at least 13,000′ feet that I could bag in a day hike. I was also hoping to visit an area I had not previously explored. I came up with a list of targets, and Mount Julius Caesar seemed to check all the right boxes. I had seen someone post pictures on Facebook of this area last year and it looked amazing. I put a date on the calendar and took off for the Eastern Sierras after a Friday lunch meeting.

After all the Covid lock-down and the subsequent civil unrest, the farther I drove away from people the more my blood pressure seemed to drop. Just past the town of Bishop, I headed up into the freedom of the mountains. As the towering granite peaks came into view, I found myself feeling giddy – like Ralphie unwrapping his Red Ryder BeeBee Gun in the movie A Christmas Story. 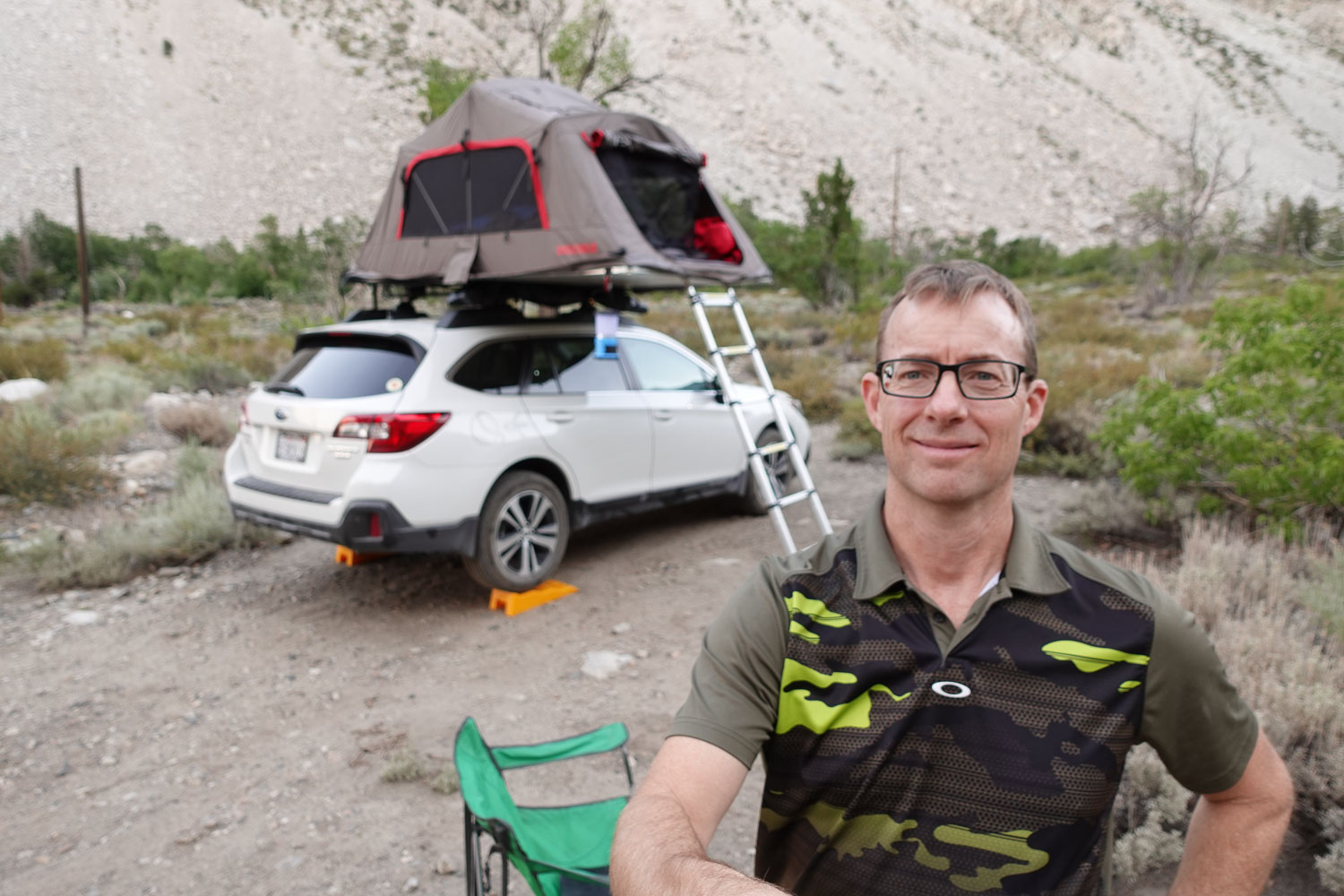 I drove to the trailhead just to make sure I knew where to go in the dark the next morning, then headed back down the road to find a campsite. I found a place to pull off and deploy my roof tent about a mile down. Within 15 minutes I was sitting in my camping chair eating my Beyond Meat Veggie Burger from Carl’s Jr – which, by the way, was pretty good. I’m not sure how healthy these are, but that’s the story I tell myself. I’m going to burn 8,000 calories tomorrow so I’m not sure it matters a whole lot today.

After a surprisingly good night’s sleep, I got up at 4am, ate breakfast, and packed the tent. I had hoped to get started right at first light, but I arrived about a half hour too early. It was still dark enough to see the Milky Way. I pondered sitting around and waiting for first light, but decided against it. It looked like the trail started in an exposed area where I could see quite well with my headlamp, so I started off.

I probably should have waited.

After a quarter mile, I entered the creepiest, darkest forest I could have imagined. It was like something from a Brothers Grimm story.

…I entered the creepiest, darkest forest I could have imagined. It was like something from a Brothers Grimm story.

I did my best to think happy thoughts and call “Bear, Bear, Bear…” as I walked. Ahhhh! I hate creepy dark forests. 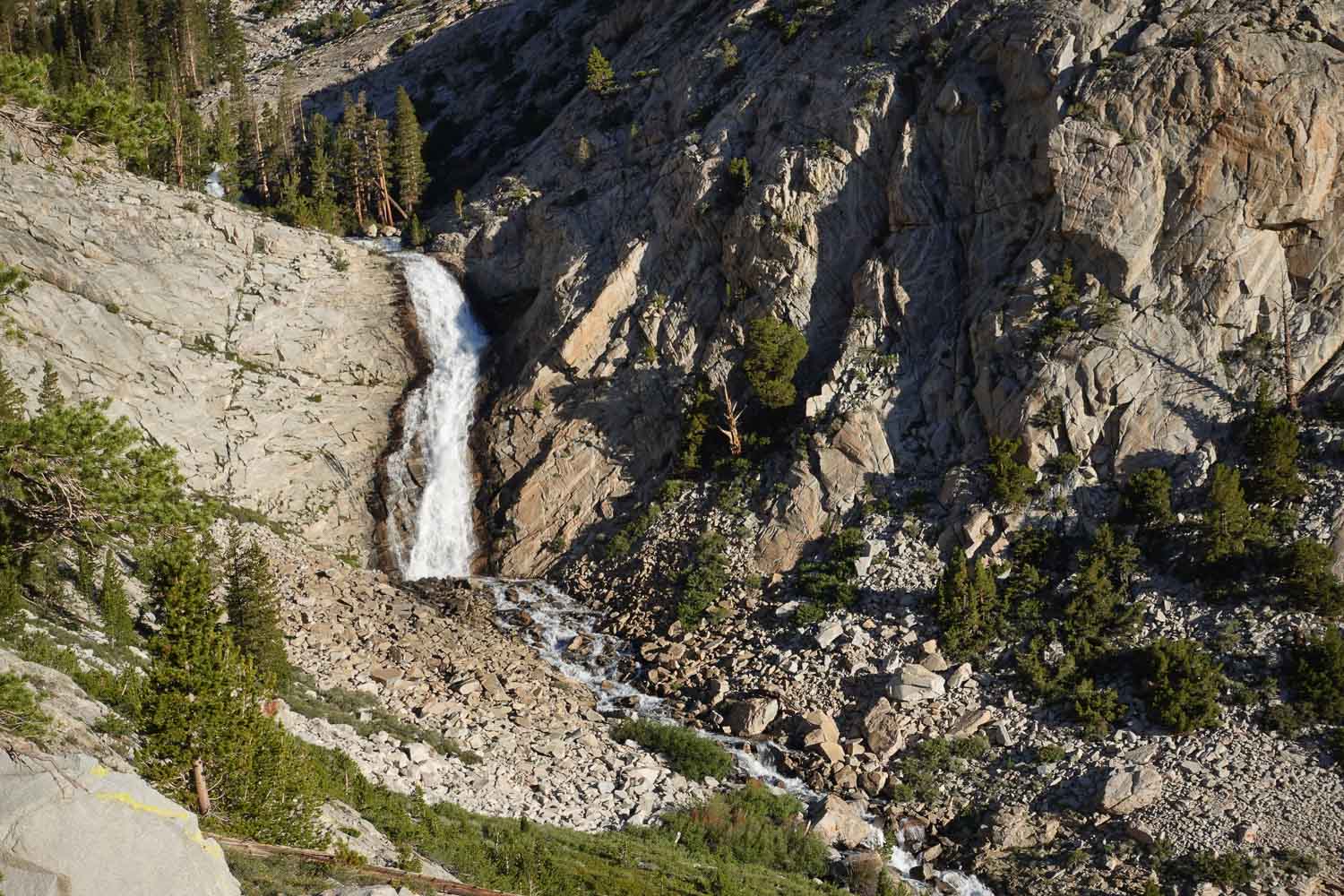 I eventually exited the forest abruptly, like I had left a building. What a relief! The trail headed up switchbacks that gained about 2,000 feet of elevation over a few miles. I passed a large mining operation, then a spectacular waterfall that rumbled so powerfully I could feel it in my chest. Stunning.

As the sun came up, it caught the large granite peak next to me with a bright orange alpine glow. The Lord knows how much I love to see a good alpine glow. I felt myself waking up and coming alive. I felt a surge of new energy to push to the summit of Mount Julius Caesar.

Pine Lake was my first major milestone. It was beautiful, but the mosquitos were at epic levels. I took a few snapshots and shot a quick video, then moved on. I had hoped to grab a snack, but it just wasn’t meant to be.

Once I got into the lake basin area, the terrain got less steep and I made better time than I had starting out. I reached Upper Pine Lake. Once again, I had hoped to have a snack, but the mosquitoes here were even worse than Pine Lake.

I had reached Honeymoon lake and the mosquitoes were worse than ever! I didn’t even stop to shoot a quick video clip here. I had a nose bleed and had to stop to pack it with gauze. Within a minute, I could barely see through the swarm. I threw my gear back in my pack and jogged away to escape the feeding frenzy.

I threw my gear back in my pack and jogged away to escape the feeding frenzy.

I ended up taking this picture on the way down, during the heat of the day when the little buggers were taking shelter in shady areas. This was the last large lake in the basin. According to the map, I was about to climb out of this basin and pass a cluster of smaller lakes above the treeline soon.

I finally reached a place where I was not being attacked by mosquitoes. As I climbed above the tree line, I passed a cluster of beautiful, small alpine lakes, and marshlands that had grown back after the recent snow melt. I was both surprised and disappointed that I still could not see Italy Pass or Mount Julius Caesar yet. The trail had been intermittent and soon disappeared, so I continued to follow the drainage I had been on. I knew where I was and I knew if I kept going, the mountain would soon come into view. 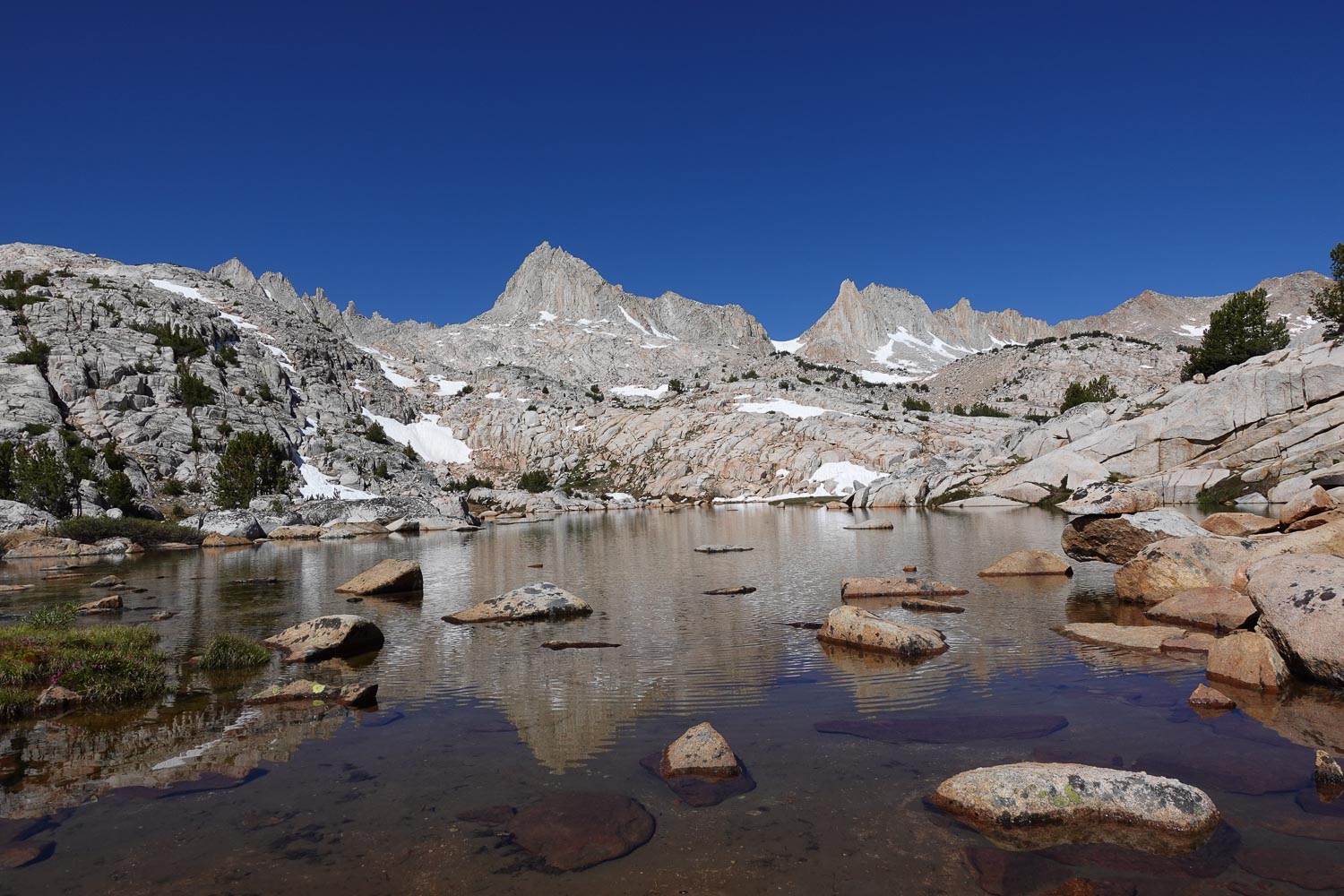 As I climbed higher I entered an area called Granite Park. This massive bolder and talus field went on for miles and ended at Italy Pass. After nine miles of hiking I could finally see the mountain I had planned on climbing.

After nine miles of hiking I could finally see the mountain I had planned on climbing.

I was relieved to find it, but troubled about my energy level. I ate a Cliffbar, hoping to fill the tank with a little extra gas to get me to the summit.

I finally made it to Italy Pass. Ten hard miles. As I looked up at the mountain, I honestly wondered if I had it in me. I felt pretty spent. I had another 600 to 800 vertical feet of scrambling before I’d find myself on the Mount Julius Caesar summit. After complaining out loud about about how exhausted I was, I gave myself a stern pep talk, dropped my pack, and headed up.

I set 25-50 foot goals along the way. I’d see a rock feature and decide I would not stop climbing until I reached that particular feature. Then I would lean against that rock and pant uncontrollably until my heart rate came down and I could do it all over again. Fortunately, the rock was not loose and there was no fatal exposure on the route I took.

The last 200 feet to the summit seemed to go on forever. I kept climbing and it seemed like I was never going to get there. But I did. I made it! I took a few minutes to catch my breath, then I took pictures and video. I knew I was burning daylight and route-finding on the descent could be a problem, so I didn’t stay long. It took me three hours longer than I had planned to get here and I didn’t want to make my way home in the dark.

I made my descent to Italy Pass from the summit in 15 minutes! All those squats doing CrossFit really paid off. I found myself rock hopping quickly down the sharp, craggy ridge.

All those squats doing CrossFit really paid off. I found myself rock hopping quickly down the sharp, craggy ridge.

Because of the energy I had expended, I thought I might make a mistake and take a fall if I wasn’t careful. But as I started out, I felt strong and in control the entire descent. Once I got to Italy Pass, the long slog back began. I had to be hyper-vigilant about route-finding. Fortunately, I never lost the route.

I got back to the car nearly 14 hours after I left. Wow, what a day! I headed down the mountain where I had two more of those Beyond Meat Burgers at Carl’s Jr. I was going to camp in the area and drive home Sunday morning, but it was 92 degrees and the winds were gusting up to 60mph. I opted to grab a Red Bull and drive home that night. I rolled in at 1:00am and was asleep within minutes of my head hitting the pillow.

I wish I could have slept in, but I instinctively woke up at 6:00am. After a cup of coffee, I started putting my gear away in bins I keep in the garage. On the door that leads to the side of the house, I have a poster of “The Donut.” It caught my attention and reminded me of some important truths about life.

We all crave comfort, but there is not much happening in the “Comfort Zone.” It’s when we leave this place of safety that amazing things happen. This trip was a perfect example of that for me. It was hard, and being alone intensified how hard it was in my own mind. Yet the joy I experienced from the beauty of wilderness and the satisfaction of pushing my limits was more than worth the suffering.

As an added benefit, I think these kinds of experiences build resiliency in us that are protective against the uncontrollable anxieties of life we all face. Who doesn’t need more of that?

From my experience, I think these things build resiliency in us that are protective against the uncontrollable anxieties of life we all face.

So, what does it look like for you to leave your comfort zone? Where is your next adventure going to be? 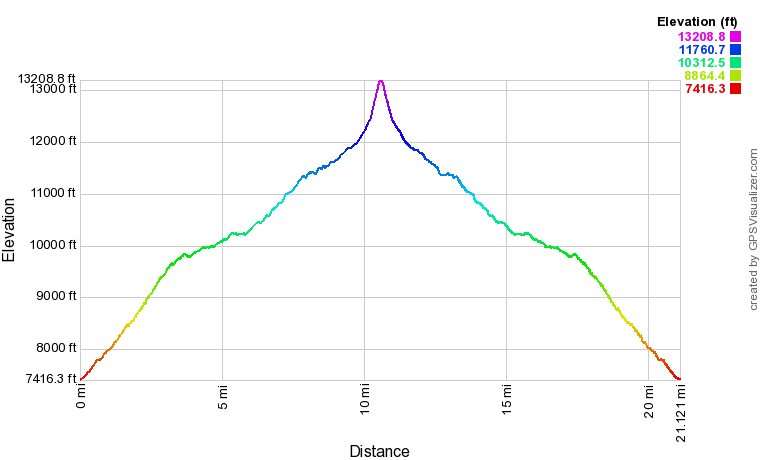