30 hours of adventure. Only 2 out of 5 Fellers made the summit - and we summited the wrong peak. But it was an awesome peak! 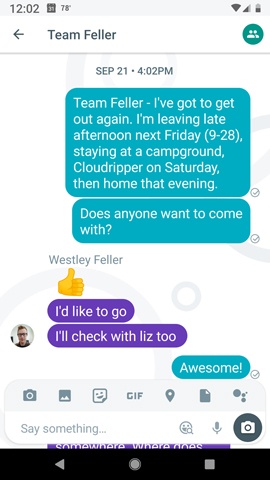 I‘ve had Cloudripper, a 13K peak in the Eastern Sierras, on my list of objectives for a while. I finally decided it was time to do it. I reached out to Wes, my son, and he signed up via text within five minutes and then he invited Liz, his wife. My daughter Courtney joined in and so did her fiance Rudy. A week later we all left after work on Friday and headed to Bishop, CA.

I had planned to camp near the Bishop Pass Trailhead. The weather was clear, so I figured we’d just throw mats and sleeping bags on the ground and camp cowboy style. We passed through the city of Bishop at 9:30pm and headed up into the mountains.

After passing a few campgrounds that were closed, we stopped at Big Trees Campground. As luck would have it, there was one site left! That said, right as I was going to climb into my sleeping bag, I saw the tag on the post that showed the campsite number. It was a reservation tag. Our campsite was reserved and paid for by someone else!

I saw the tag on the post that showed the campsite number. It was a reservation tag. Our campsite was reserved and paid for by someone else!

“What do we do now?” I thought to myself. I looked for another campsite, but the campground was full. Our only other option was to head down the hill and try to find a spot in the dark. It might be midnight before we found something. I decided to take the chance that they wouldn’t show up, and my hunch paid off.

We all got up just before first light on Saturday morning. It was a nice 40 degrees and breezy as the eastern sky glowed orange before the sunrise. For a group of 5, we made great time getting underway. By 7:30am we were on the trail. The wind was gusting up to 20mph, leaving us all wondering what the summit would be like. We knew we were in for an adventure at that point.

The wind was gusting up to 20mph, leaving us all wondering what the summit would be like. 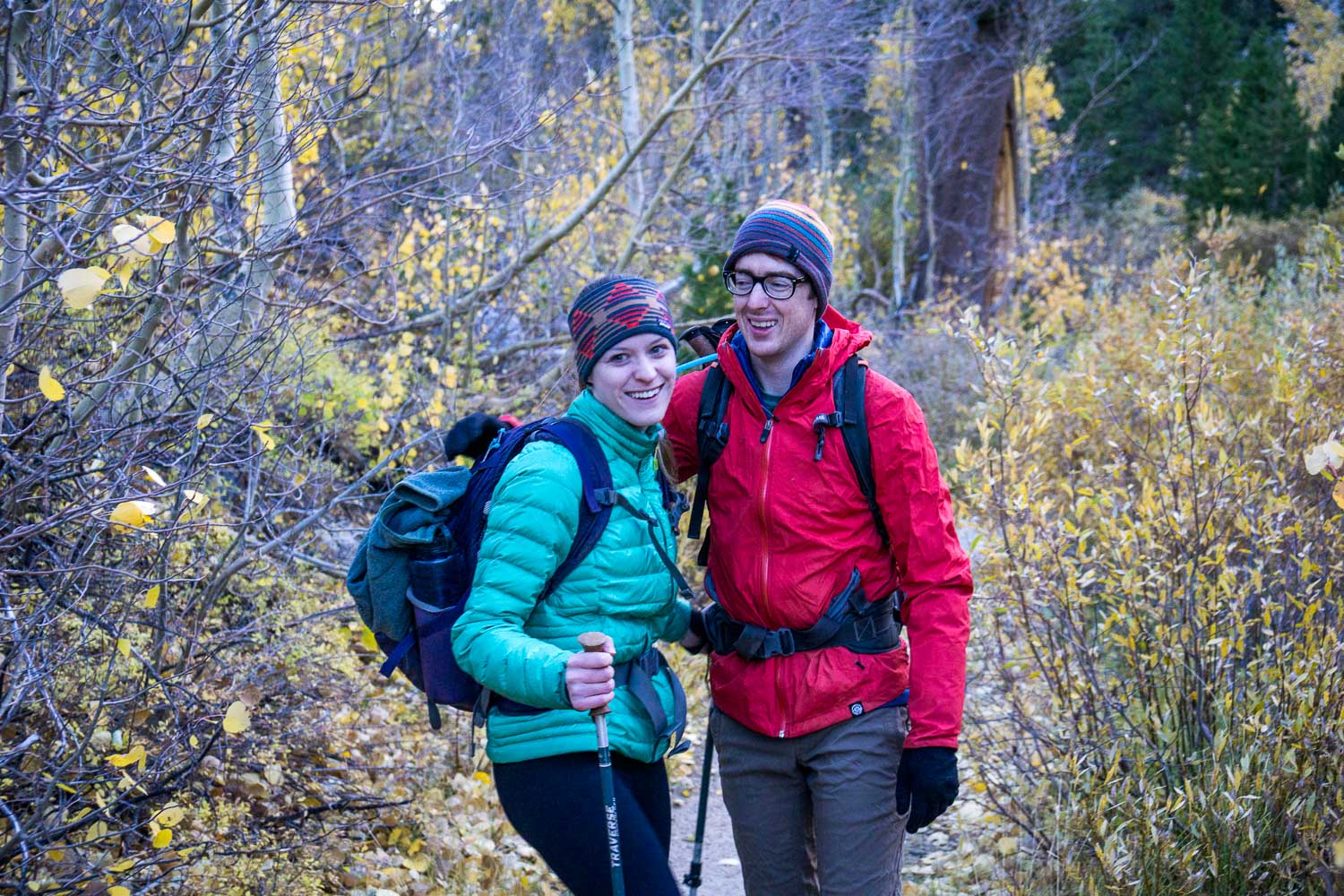 Starting out on the trail, the aspens were turning color, making the lower elevations a spectacular fall wonderland. We made good time up to Green Lake where we took a long break. Courtney and Liz both had a touch of altitude sickness and I had hoped a long break and some caffeine would get them feeling better.

Green Lake sits inside a box canyon, with a steep switchback that leads to a large plateau called Coyote Ridge. This ridge provides access to the higher peaks. As we hiked up this section, Courtney and Liz still felt pretty bad. When we got to Coyote Ridge, we had a team meeting and decided they would go back down to the lake while Wes, Rudy and I would try to continue on to the summit. 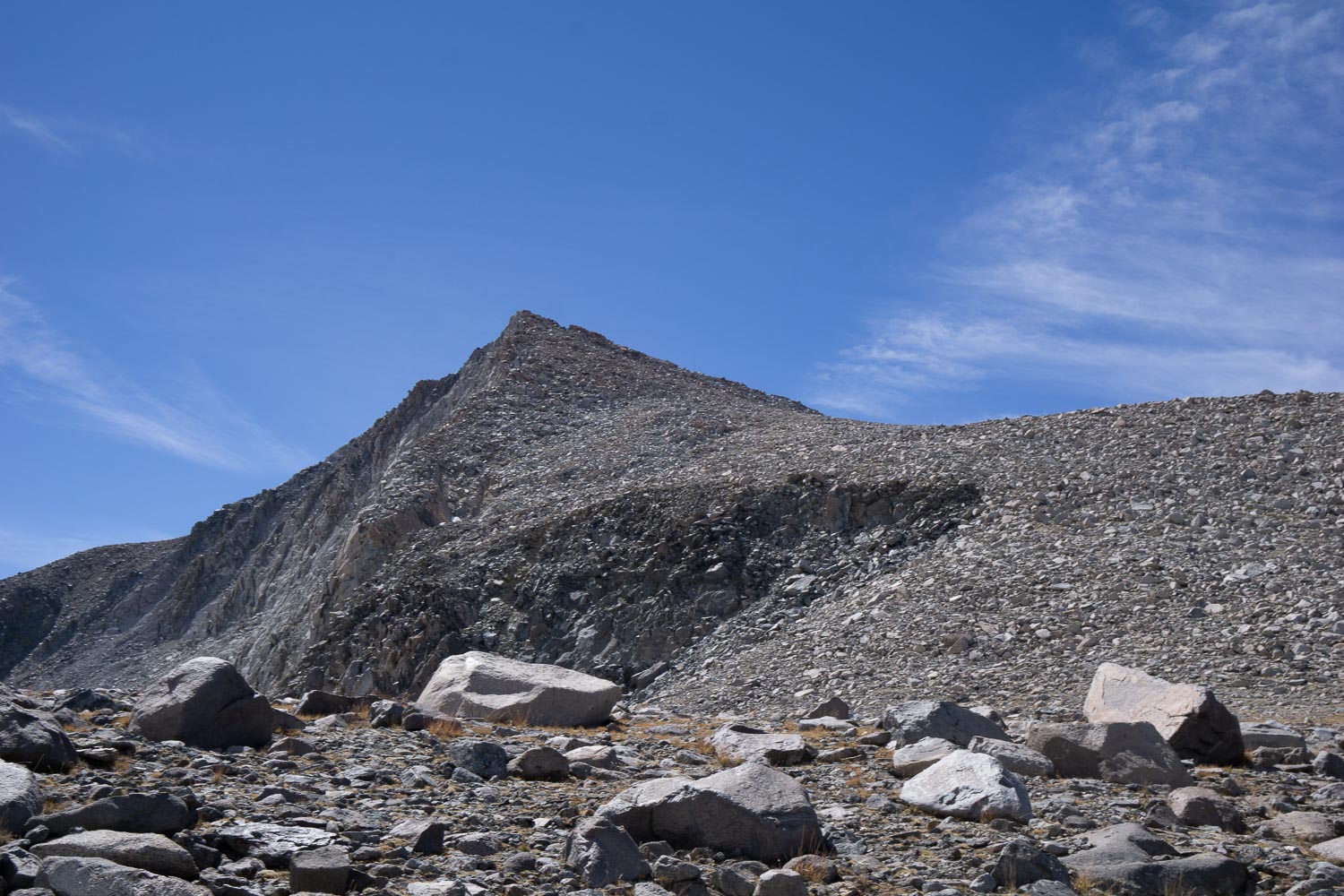 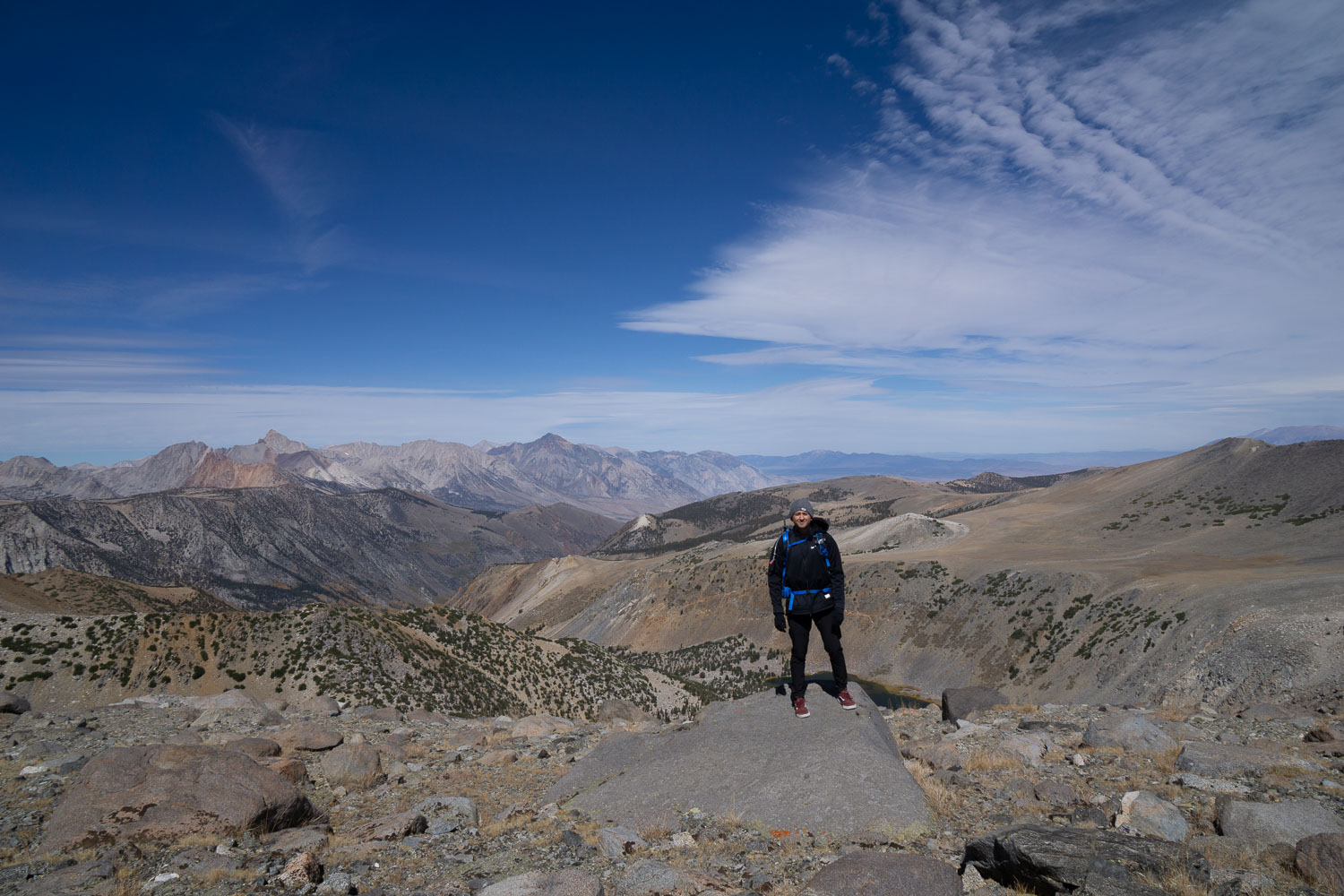 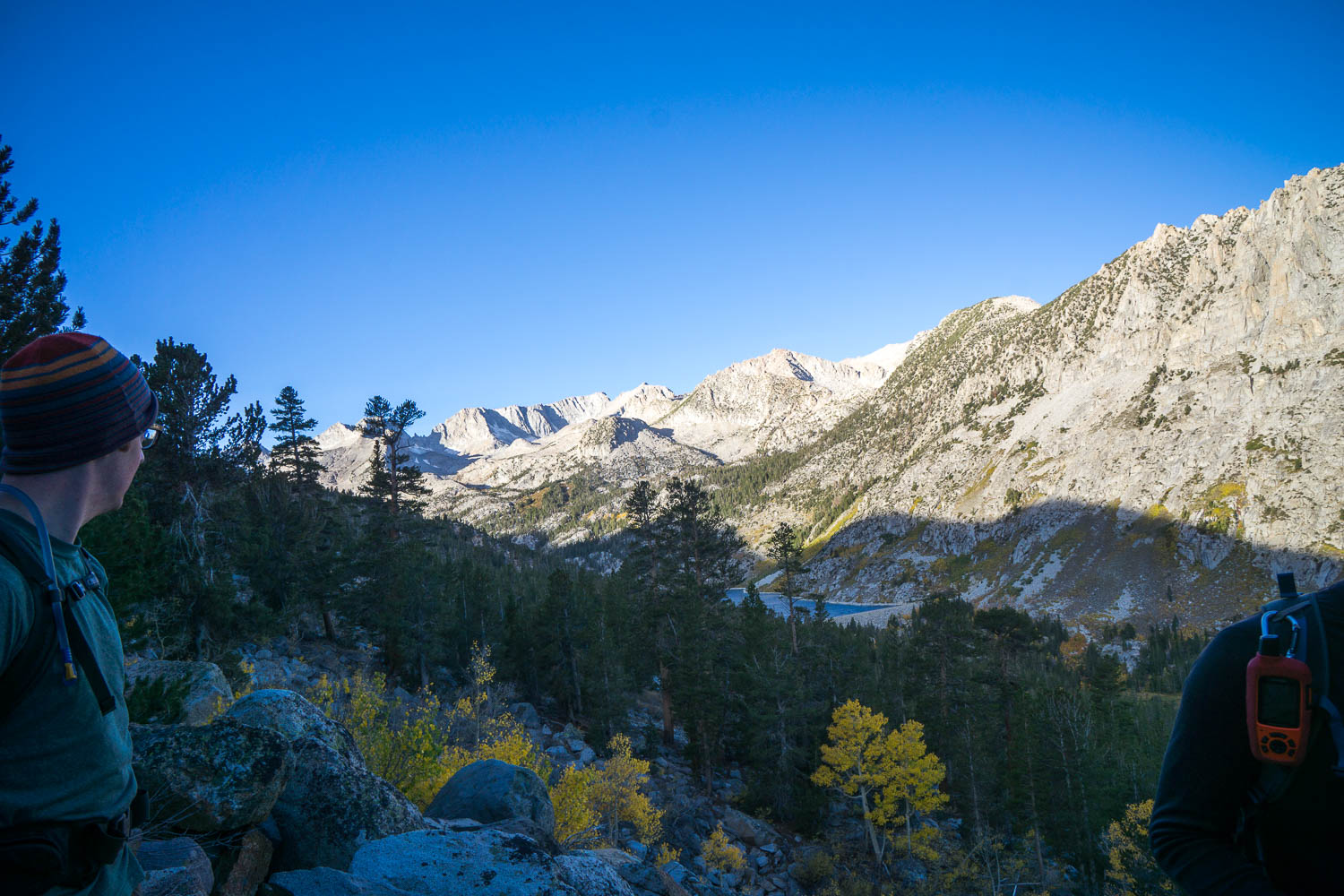 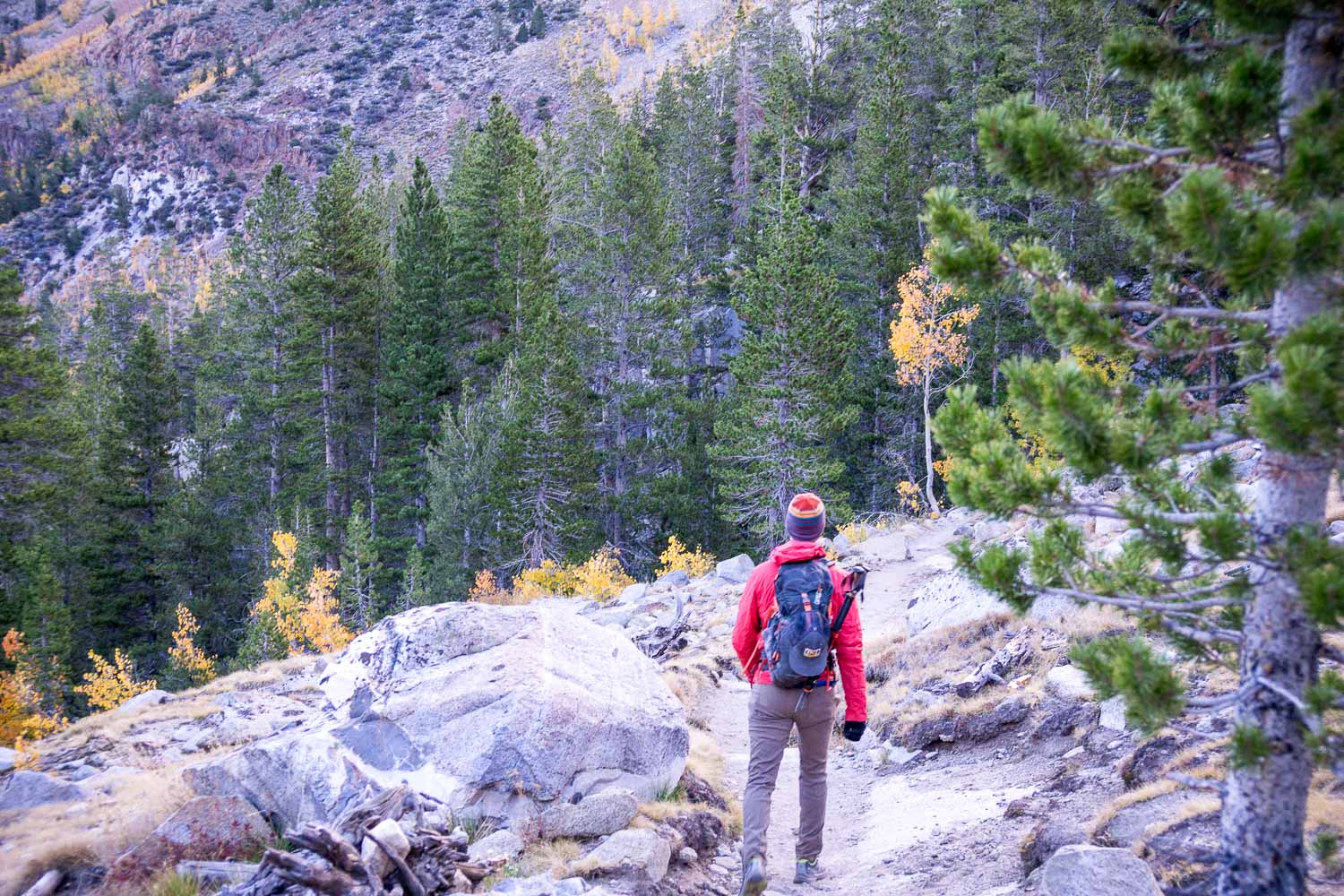 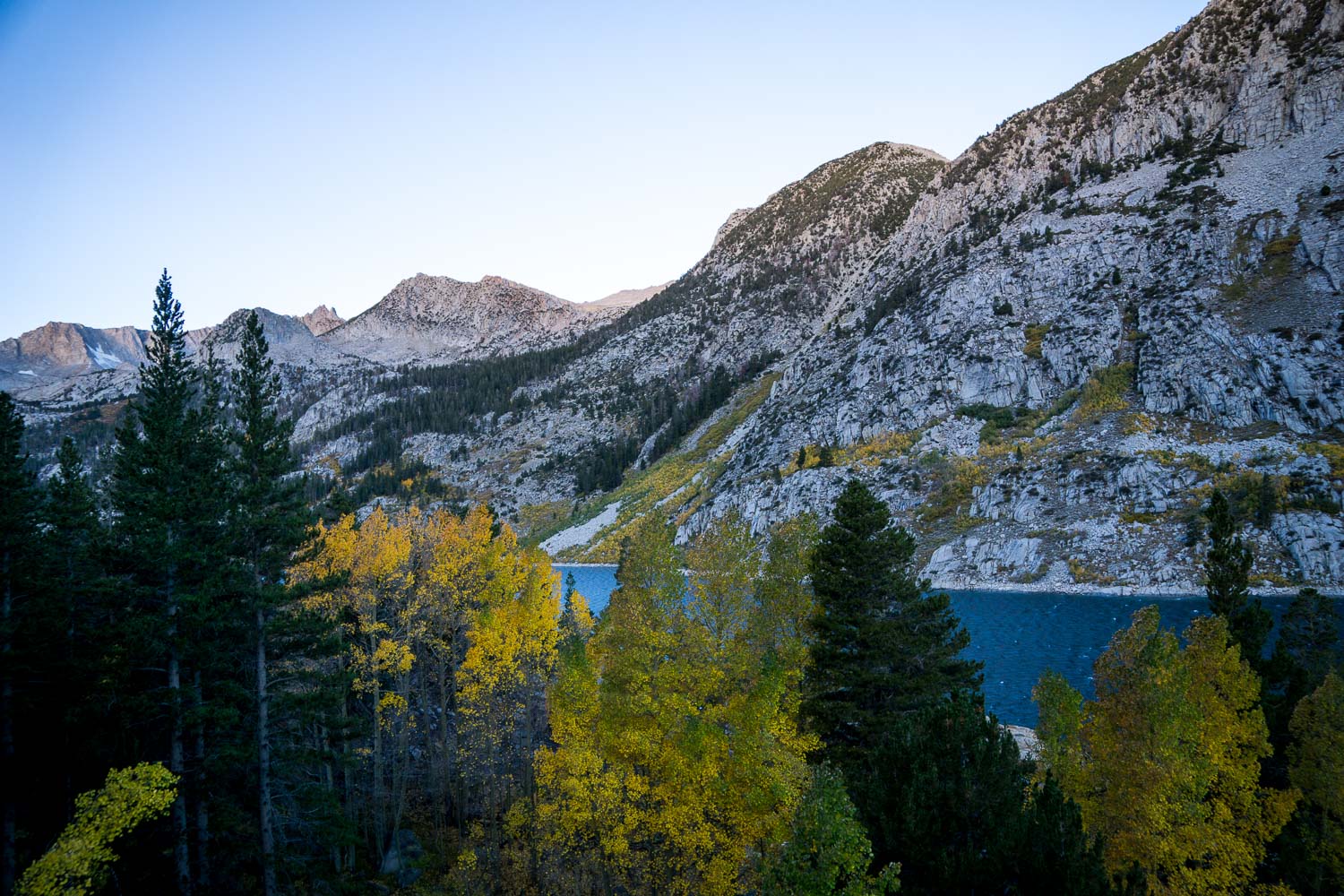 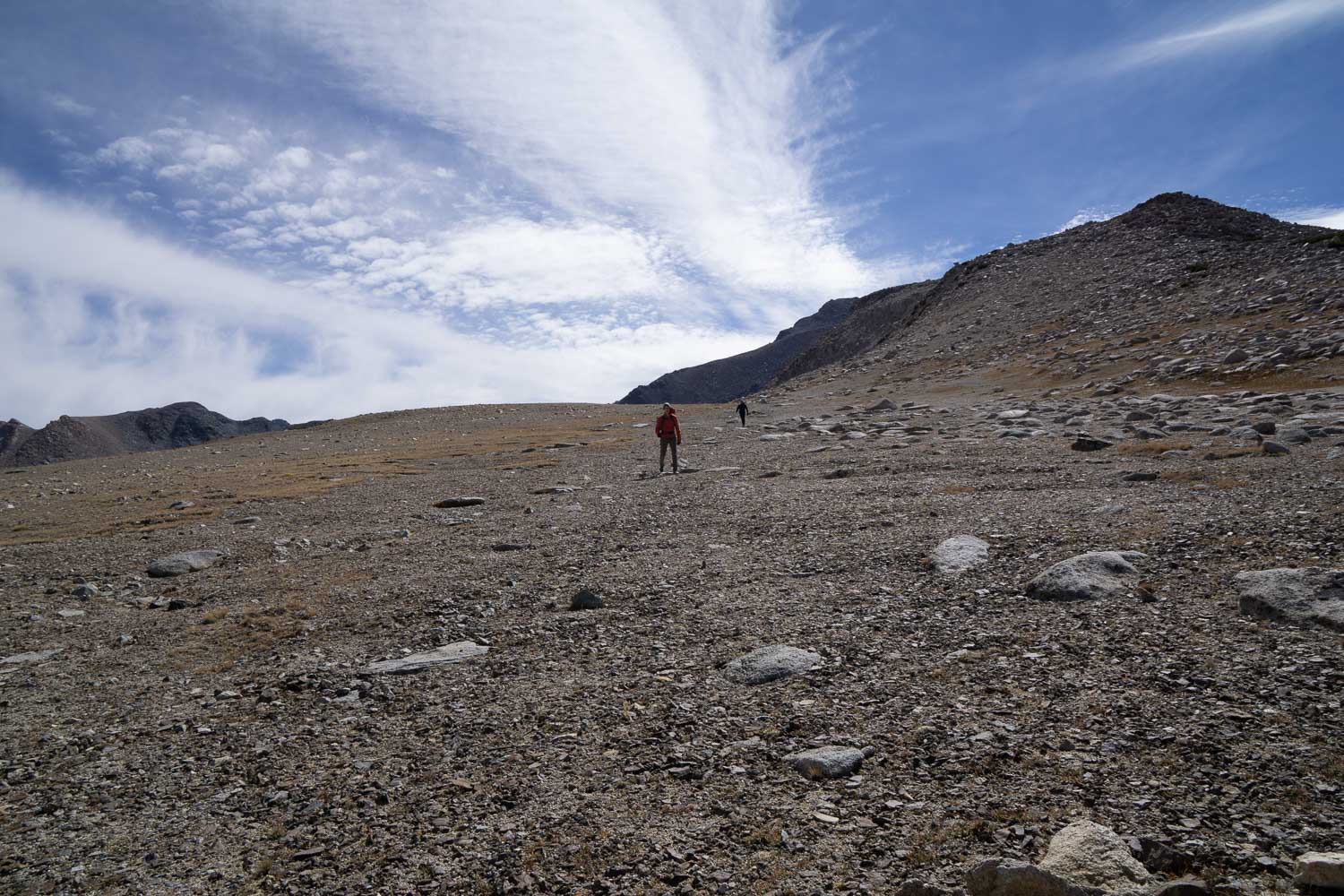 We crossed a large talus field that seemed to extend to the horizon. It was vast and empty, like being on the moon. We finally scrambled up to the saddle of Vagabond Peak and got ready to make our final summit push. Cloudripper is actually behind Vagabond Peak, but I didn’t realize it because it is not listed on my map or on Google maps. More about this later.

At this point, Rudy was not in good shape. He had never been in the mountains before and he was suffering from altitude sickness and severe muscle fatigue. He had reached the end of his physical limit and I encouraged him to lie down and rest. He was such a trooper that I didn’t realize how bad he was feeling until he literally could not go one step further.

He was such a trooper that I didn’t realize how bad he was feeling until he literally could not go one step further.

He didn’t seem to be in danger, so Wes and I left Rudy to rest while we made the summit. I figured it would take an hour to get to the summit and back from where we were. We managed to push from the saddle to the peak without taking a break. The last 300 feet to the peak was a class 3 scramble and a lot of fun. 30mph wind gusts greeted us when we got to the peak, but the views were amazing.

The last 300 feet to the peak was a class 3 scramble and a lot of fun. 30mph wind gusts greeted us when we got to the peak, but the views were amazing.

We got a glimpse of Cloudripper right across from us, but we still didn’t realize we weren’t on the summit of Cloudripper! But even if we had realized that Cloudripper was the next peak, we knew we needed to get back down and check on Rudy.

When we got back to Rudy, he was exhausted and we still had 5 miles of steep descent ahead of us to reach the trailhead. It was a sufferfest. And to make it worse, the winds were gusting up to 40mph. After a few hours of mind-numbing descent, we finally met up with the girls at the trailhead. We quickly got ourselves down the hill where we ate at Bishop Burger Barn – which was amazing. It was agreed by all that Bishop Burger Barn will now be a Feller tradition when hiking in the Bishop area.

On the way home I called Bec, who couldn’t make the trip. She had tracked us on GPS and asked why we had not summited Cloudripper. That was when I realized that we had summited the wrong peak. We had made it to Vagabond Peak, thinking it was Cloudripper. I felt a little silly summiting the wrong mountain and not even realizing it. What kind of idiot mountaineer summits the wrong mountain and doesn’t know it? Me.

What kind of idiot mountaineer summits the wrong mountain and doesn’t know it? Me.

Oh well. Fun was had by all. It was a worthy adventure.

I passed out in the back seat and Wes drove us home. We arrive at 11pm – just over 30 hours from when we had left. That’s a whole lot of adventure in 30 hours. Vagabond Peak was awesome, but Cloudripper still remains unfinished business. I’m already scheming about how to get back. 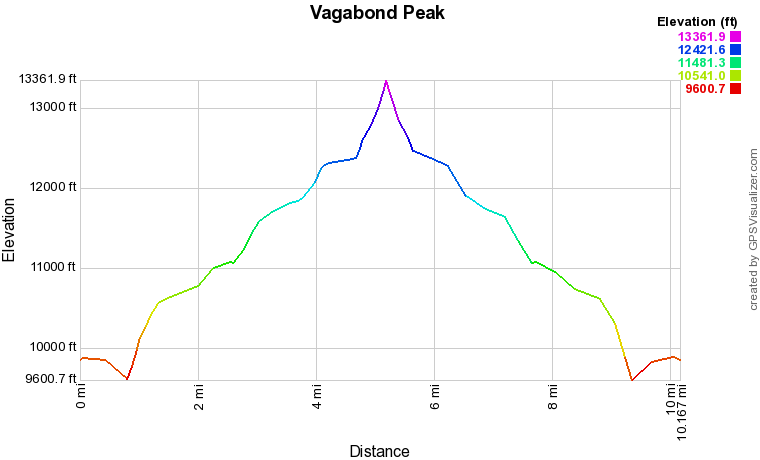