Bryan Feller • March 15, 2020 • 561
Share 0
We were in a slot canyon in a remote area of Death Valley. I heard Manny say something, but I couldn’t make out his words. I got that sinking feeling in my gut. We were in a tight slot canyon and he was 20 steps ahead of me – just around the corner. I rounded the corner and walked up to a huge bolder wedged between the walls of the canyon that extended a hundred feet above us on each side. That nagging fear I had all day was now fully realized. I was in disbelief. I stared down at a perfectly polished 30-foot waterfall. It was completely impassable.

That nagging fear I had all day was now fully realized. I was in disbelief. I stared down at a perfectly polished 30-foot waterfall. It was completely impassable.

“Sh**!” came out of my mouth almost involuntarily. We could try to descend it at the risk of serious injury or death or we could turn back. Backtracking would turn a hard 25-mile hike into very hard 40+-mile hike. Those were our options. Daylight, our energy, and water were all limited commodities. This is not the High Sierra, this is Death Valley.

When the snow keeps me out of the Sierras in the Winter, there are always plenty of desert adventures to be had. Today’s adventure was in Death Valley. After an early dinner at the saloon in Stovepipe Wells, Manny and I took the long 45-minute drive up the high clearance dirt road to the trailhead. We were going to camp at the trailhead and start our hike the next morning, but the weather was so great we decided to put on our packs and head up the trail. We wanted to get as far as we could while the daylight lasted. As the sun went down, we turned on our headlamps and kept hiking. Soon it was dark, but the full moon was so bright, we turned off our headlamps and continued on under the light of the moon.

Soon it was dark, but the full moon was so bright, we turned off our headlamps and continued on under the light of the moon.

It would have been pretty creepy to do this alone, but having company made it a lot of fun. It had been warm that day and we stayed in our short sleeve shirts. We ended our hike in a box canyon where we couldn’t find a way out at night, so we threw our bags down and camped cowboy style. We both slept badly, which was not atypical for the first night out.

From an Oasis to the Open Desert of Death Valley

At first light we quickly realized we had passed our turn-off by a half mile in the dark, so we backtracked and quickly regained the route. As the day went on we passed a number of natural springs and huge clusters of cottonwood trees – not something anyone would expect to find in Death Valley. At one point, we had to bushwhack our way through a muddy bog to get back on route.

At one point, we had to bushwhack our way through a muddy bog to get back on route.

By early afternoon we found ourselves exiting the cottonwood canyon and entering the open desert. We set a bearing toward the north end of a large valley and spent the next six miles crossing the expanse. According to the route description and our GPS, we would find a low saddle on a small range of mountains. Reaching the saddle, we found ourselves at the top of a drainage.

That is where things got confusing.

The route description didn’t make sense given what we were looking at. Also, the GPS had us going straight up a steep mountain. That didn’t make any sense either. There was a drainage that reconnected us to where we started in 6-7 miles with a lot of foot prints on it. We discussed it and decided this was the best option we had for completing the route.

We had gained ~3,000 feet of elevation since we had started and quickly lost this elevation as we headed down. Hours went by and we continued our descent. In the back of my mind I wondered if we might encounter some kind of obstacle that we would not be able to pass in the slot canyon.

Manny was game for descending the waterfall, but besides the possibility that one or both of us could get injured, what if there was another impassable obstacle? We’d be trapped. And since we were in a slot canyon, we could not even use my Garmin Inreach to call for rescue.

…what if there was another impassable obstacle? We’d be trapped. And since we were in a slot canyon, we could not even use my Garmin Inreach to call for rescue.

I headed back up the canyon to see if I could find a place we could safely climb out. I found a place, but as Manny and I climbed, it was clear that the steep and loose terrain could be just as fatal as descending the waterfall. It was then that we committed to the hard decision of retracing our steps to the trailhead – a plan that would nearly double our mileage.

Because water was scarce we had to hustle 20 miles back to the spring. In my overconfidence I had even dumped some water to lighten my pack. Not my finest moment as an outdoorsman.

I drank a 5-Hour Energy and we pushed as far as we could until nightfall. We had been continually moving for 12 hours and we were both completely out of gas. We stopped at a random clearing, threw our bags down, and fell asleep within minutes just before 7pm. Not more than 15 minutes from the time I zipped up my sleeping bag, winds just started howling, 40-50 miles per hour, subsiding just before dawn.

Weather reports said it would be in the mid 80s during the day and 50s at night, so I brought a summer bag. We stayed warm enough with our jackets on, but the ice on the bags in the morning confirmed how cold it got. Waking at dawn, we skipped breakfast and started hiking so we could get warm. We made our way up the drainage we had descended, but quickly lost the route because of the multiple feeder drainages that we encountered going up.

Even with a GPS, route-finding in Death Valley is challenging. There are almost no distinguishing landmarks, mountains, or ridges. 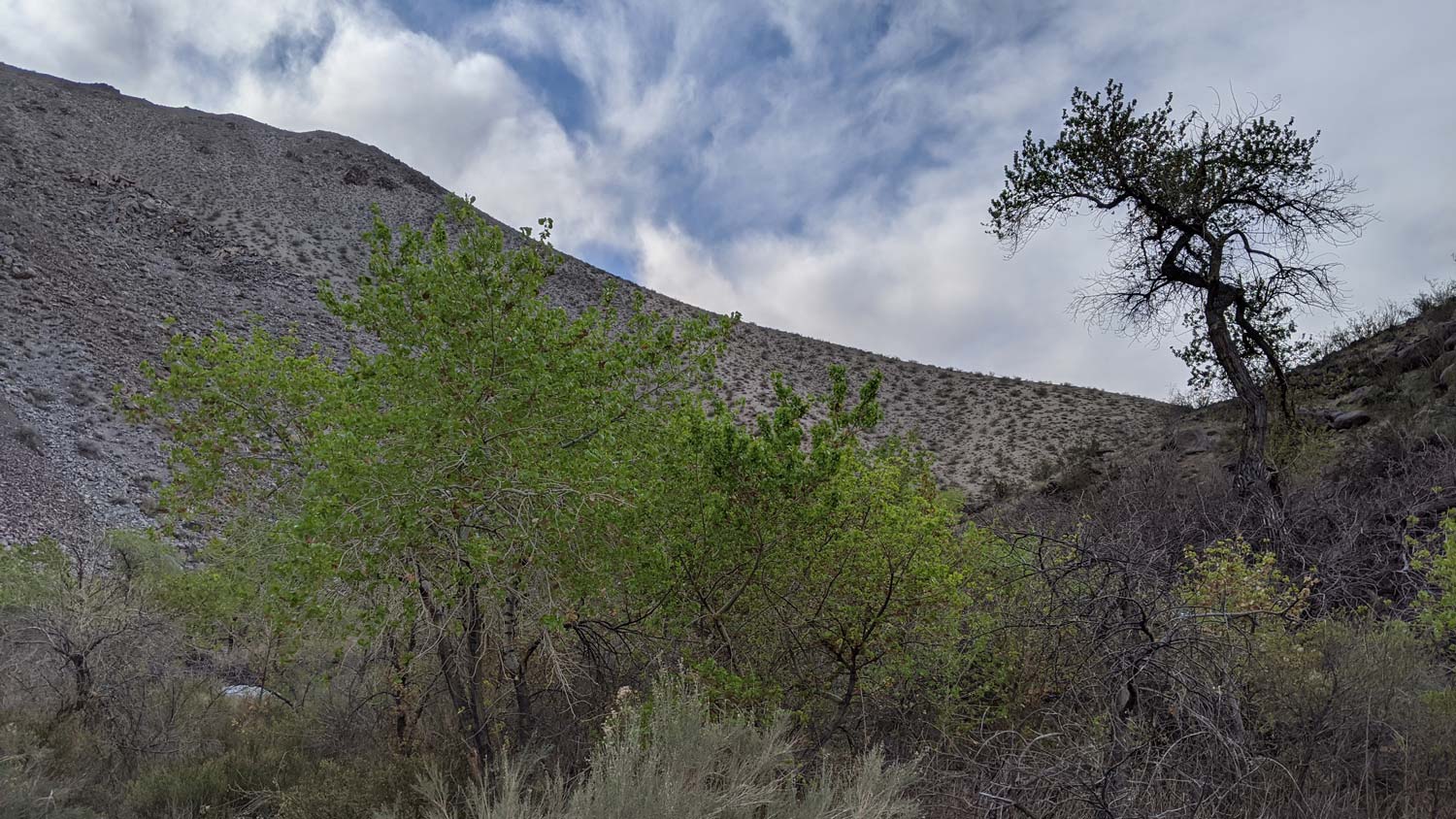 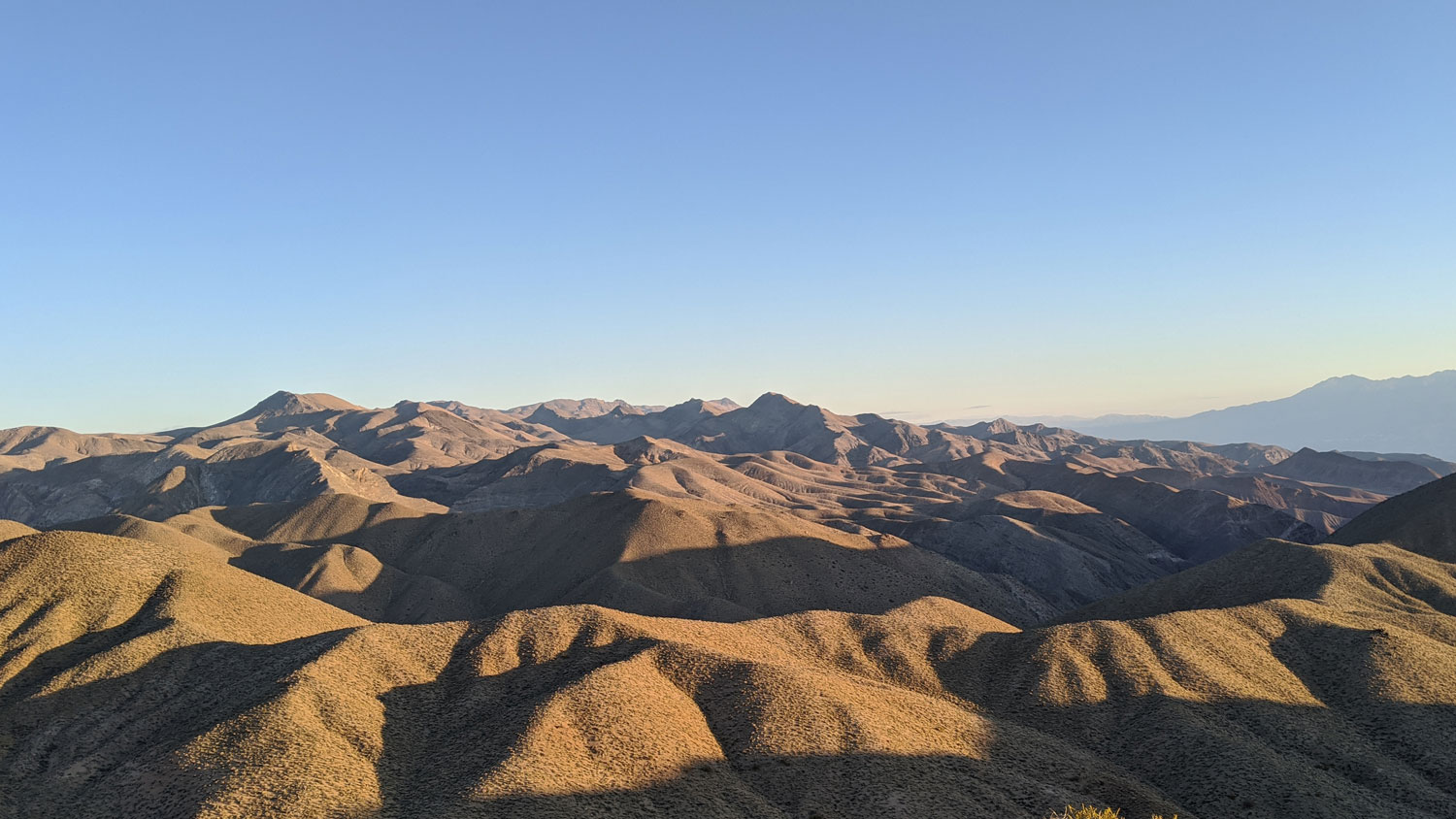 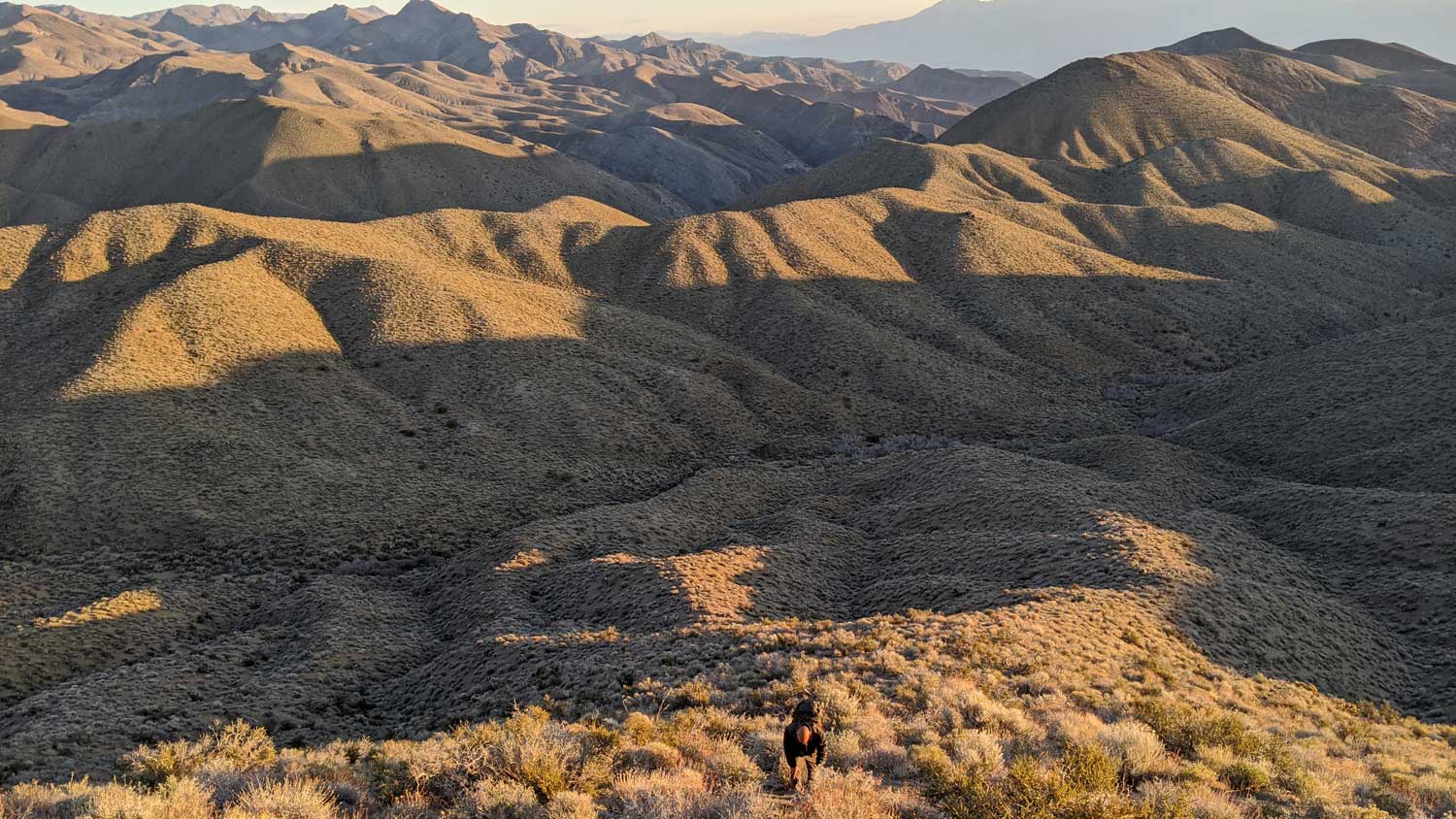 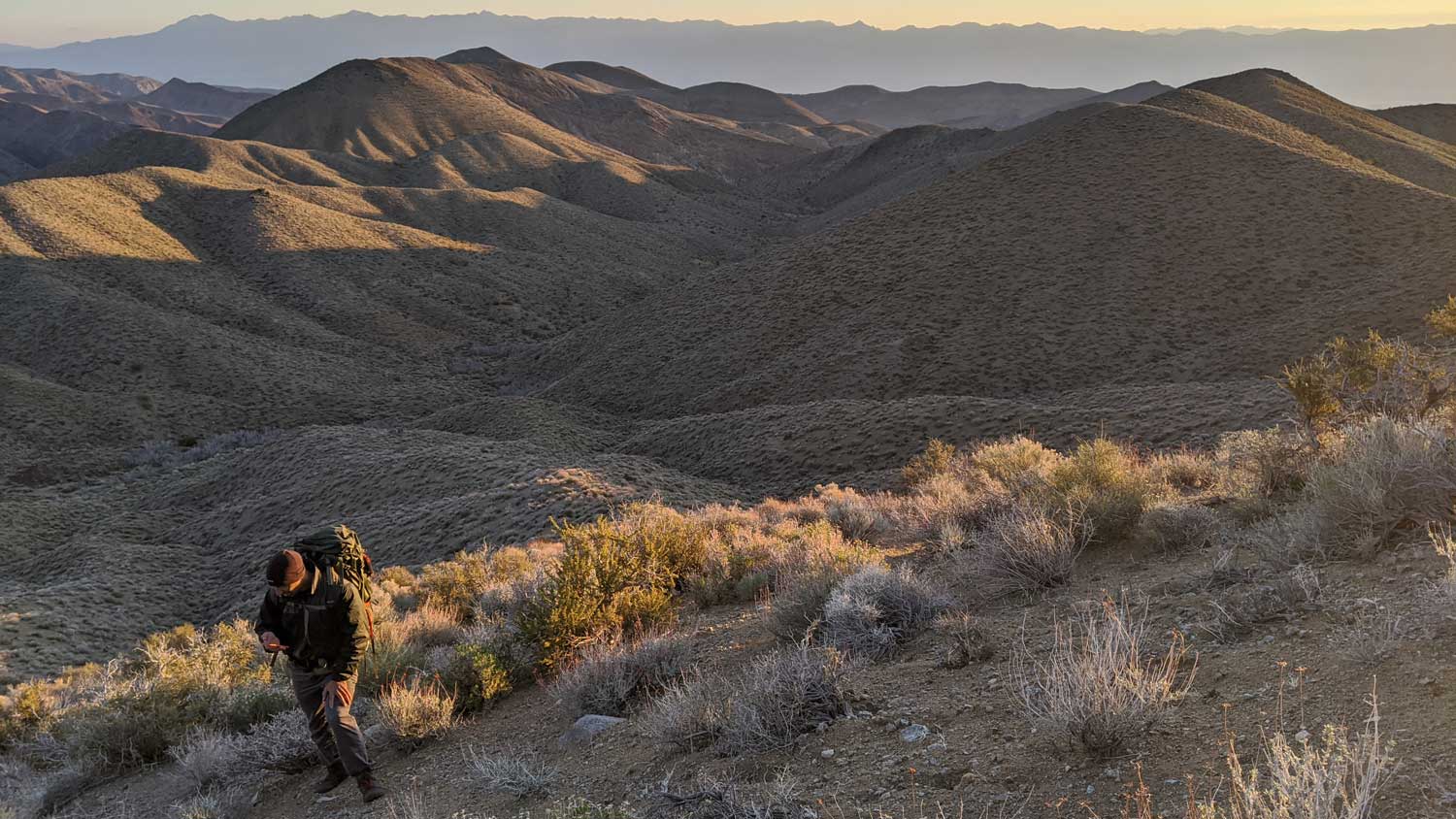 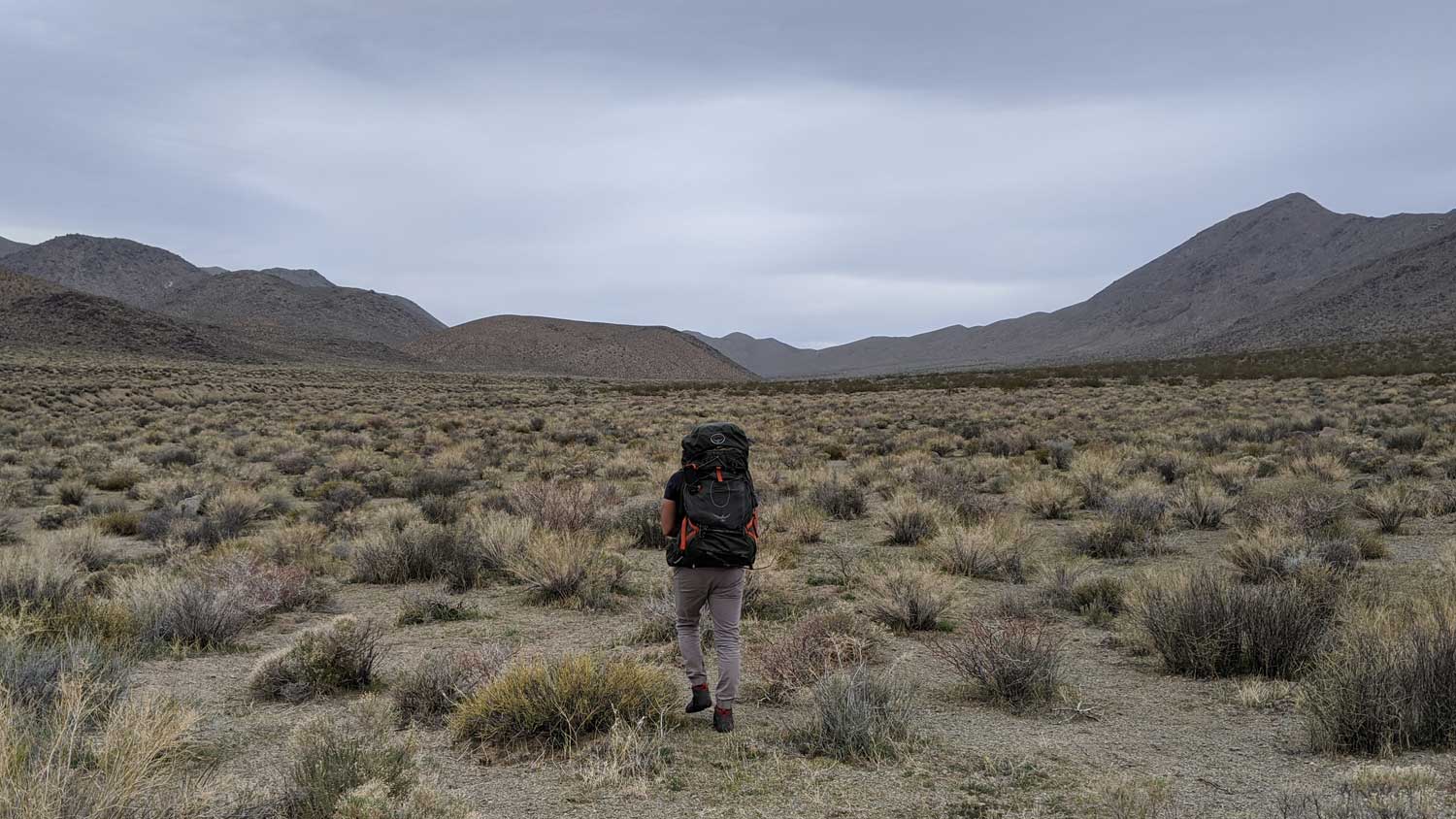 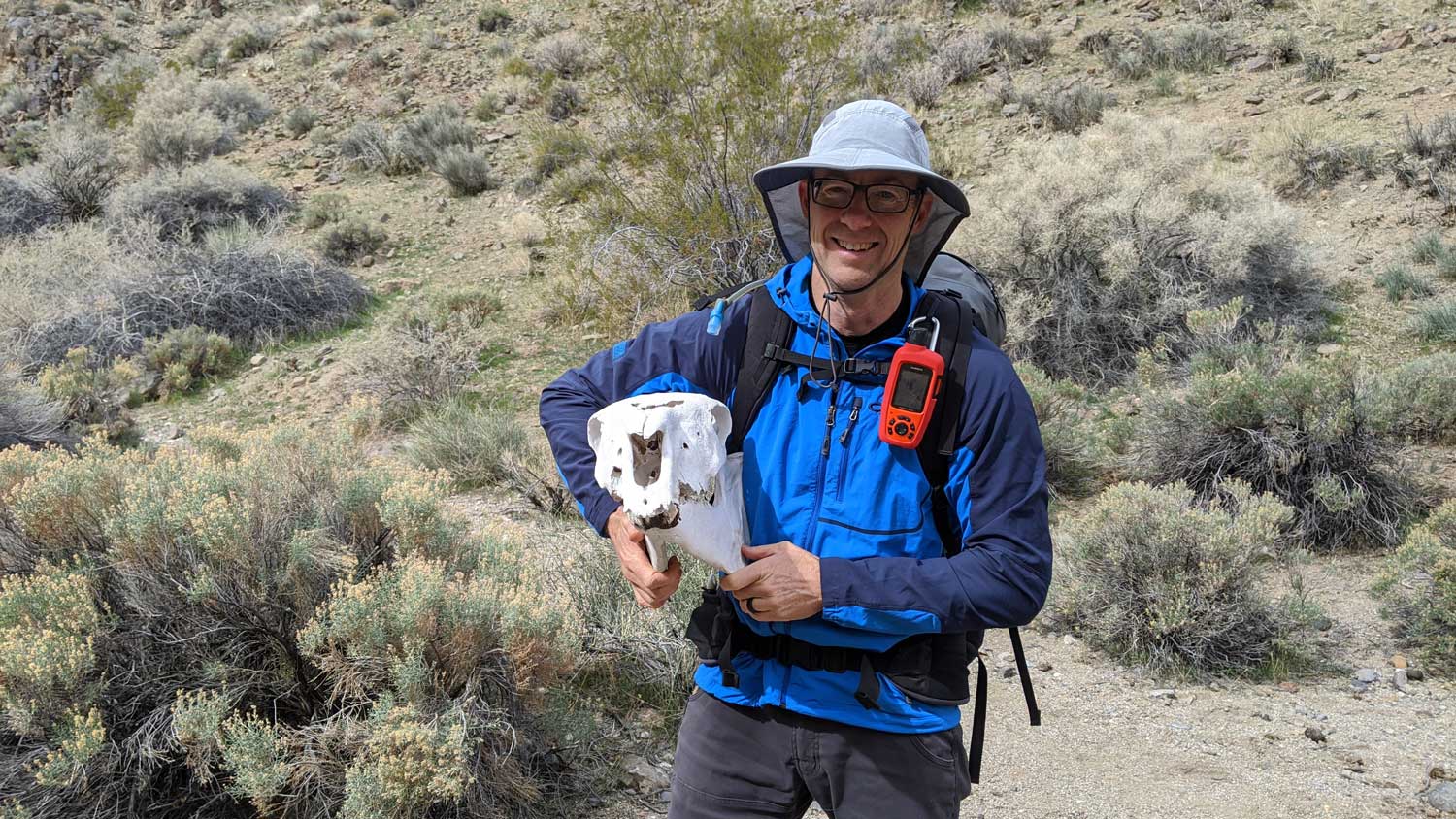 We knew the the general bearing back to the open desert, but how we were going to get there was a little foggy. We decided to push straight up to the top of the highest peak to get a better view of the terrain. I expected to see the open desert on the other side. We quickly gained 1500 feet of quad-burning elevation to reach the summit.

Then I got that sinking feeling in my gut again.

There was no open desert in view, just bigger mountains. We had just expended a lot of energy and we were still not even sure where we were. The compass and the GPS both confirmed that we needed to summit another big mountain to get back on route, so we did. Reluctantly. We both felt the bleed of precious energy. I wondered what we would do if we found more mountains once we reached the next summit, but I tried not to think about it.

I wondered what we would do if we found more mountains once we reached the next summit, but I tried not to think about it.

We just needed to trust our compass bearing. Fortunately, we found a well-trodden donkey trail that we followed most of the way that took a little suffering out of the ordeal. As I crested the next ridge, there it was – open desert! I never thought I’d be so thankful to see a vast open desert. “Thanks you, Jesus!” burst out of my mouth. I knew the way home from here.

We scrambled down the ridge line and crossed the open desert of Death Valley once again. We got back into the drainage and the spring that we had passed on the way in. True to form, we got off route again.

We ended up bushwhacking our way through a thick miserable marsh again. I found myself out of bandwidth, irritable, and angry at this point, which is pretty rare for me. I was ready to be at home with a warm shower and hot meal, but that was still a distant future at this point.

We finally got back to the main trail and trudged those last eight miles back to the car. We got off the trail about four o’clock on Sunday. Forty-five minutes later we were back at the saloon ordering burgers to go. Manny with his beer, and I with my coffee, toasted the completion of a proper adventure. We were dog tired, but felt the sweet satisfaction of pushing hard, enduring hardship, and overcoming together.

We were dog tired, but felt the sweet satisfaction of pushing hard, enduring hardship, and overcoming together.

It was a great feeling that overshadowed all of the badness. Yes, there was fear and loathing, but also joy in this harsh and beautiful place aptly named “Death Valley”. That said, I think I’ve had enough of it for this year. I am turning my sights to bigger adventures in the mountains for now. 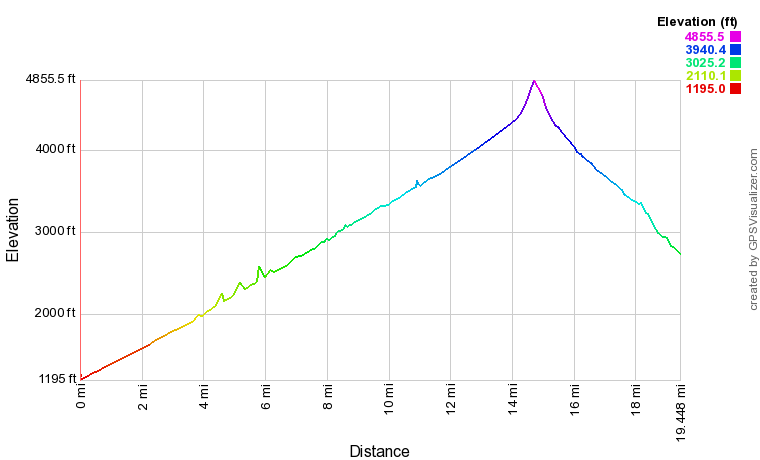