I hiked 200 miles through the most beautiful wilderness on earth in 12 days. And yes, it changed my life.

I had already summited Mount Whitney twice in the past two years, so I decided to bypass that part of the trail and hike from Horseshoe Meadows to Yosemite Valley. As it turned out, I had to stop about 25 miles short at Tuolumne Meadows due to a minor injury. That said, it was truly the trip of a lifetime. The video below chronicles my adventure.

When I got back from my trip, someone asked me if the trip was life-changing or not. Without hesitation, I replied, “Absolutely. It was totally life-changing.”

This got me thinking about what I really took away from the trip. For me, doing the JMT was a way to set a marker in my life. I turned 50 this year and it seemed significant – much more so than turning 30 or 40.

For me, doing the JMT was a way to set a marker in my life. I turned 50 this year and it seemed significant – much more so than turning 30 or 40.

I felt like I really needed an adventure – something I would have to train for. Something that would get me out of my comfort zone. The trip ended up being that and a whole lot more.

For those of you who don’t have the patience to watch an hour long video, I’ve created a 4-minute highlight reel below.

I met a guy on the trail, Alan, and we hiked together for a few days. He ended up getting off the trail early, but we had some great conversations. He had this fantastic illustration that framed up my experience on the JMT. I’ll explain it like Alan explained it to me.

Think of life like a donut. Think of the hole in the middle of the donut as your comfort zone. This is where life is comfortable and predictable, and everyone wants to stay here. For most, the pursuit of happiness is about trying to get here. The problem with living in the comfort zone is that it tends to be boring and meaningless if you stay there too long. 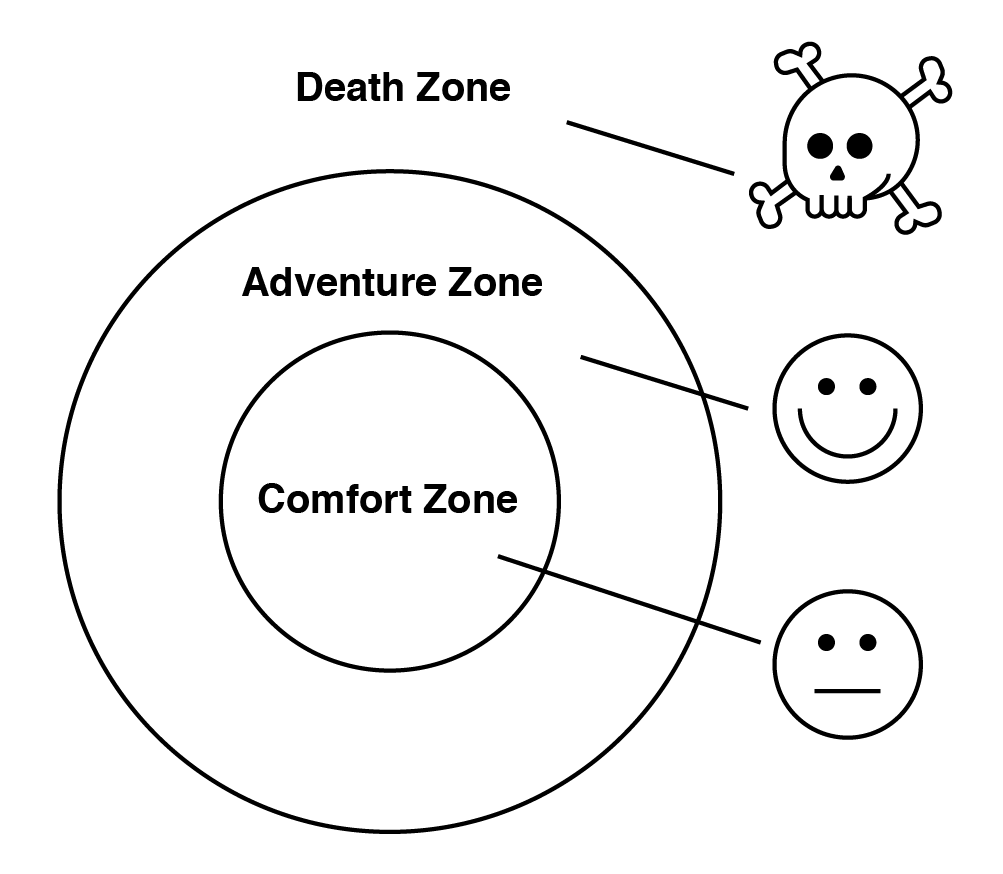 Think of the area outside the donut as the death zone. Mountaineers call the death zone the altitude above 26,000 feet where the human body starts to eat itself and die. Practically speaking, if you go too far out into the death zone, everything comes off the rails. You’re doing things that you’re just not capable of doing, and shouldn’t be doing. You’re not incrementally stepping out of your comfort zone. You’re going so far out that all hell breaks loose. This is bad.

You’re not incrementally stepping out of your comfort zone. You’re going so far out that all hell breaks loose. This is bad.

The meat of the donut is the adventure zone. In the adventure zone, the outcome is unknown. You push your limits. You suffer a bit. You experience fear in limited quantities. You live fully present and alive. You grow.

In my case, I came close to my emotional and physical limits, so I learned to walk by faith in ways that I don’t usually. Alan’s quote is still stuck in my head: “The sweetest part of life is in the meat of the donut.” I couldn’t agree more.

This trip was me living in the adventure zone.

What I Heard God Say to Me on the JMT

The rewards of testing myself in the adventure zone were great. But something else happened on this trip. I didn’t expect any transcendent spiritual experiences on this trip, although I have had these kinds of experiences before. Unexpectedly, I had an encounter with the Almighty that was priceless.

The second morning I was on the trail, I watched the sunrise over a meadow, framed by a huge granite peak as a backdrop. As the sun came up, I almost heard His audible voice reciting a proverb I had read many times before, “The path of the righteous man is like the dawn, shining brighter and brighter until the full day.” (Proverbs 4:18)

The path of the righteous man is like the dawn, shining brighter and brighter until the full day.

At that moment, I watched three decades of my life pass through my mind like a movie. I saw the guy I was in my 20s – that angry, controlling, self-centered, porn-addicted, dysfunctional mess that I was. I saw the grace of God that transformed my life and the people the Lord brought into my life to fix me. I felt deep gratitude. I knew this proverb described my life.

For these past three decades, there was the anticipation of something wonderful, like the first light before the dawn, but this is the season I will make the greatest impact in the lives of other people. I felt overwhelmed with a sense of mission.

The Almighty does not need my help, and yet He chooses to allow me to partner in His plans that last far beyond me.

I felt His presence, had the sense He was saying, as a loving Father, “Good job so far. This is the part where we are really going to have some fun together.” I left that meadow feeling like the course of my life had just shifted. I had a powerful sense of purpose for this season of life that I can’t explain. With it came a mix of confidence, humility, and hope for what is waiting for me in the next 30 years.

The Power of Creating a Life Marker Event

Life marker events are incredibly powerful. In the Old Testament, the patriarchs of Israel would build altars at various times in their lives when they had an encounter with God. In the life of Abraham, for example, there were long periods of his life where nothing extraordinary happened, punctuated by a life marker event, where he would commemorate it by building an altar and making a sacrifice.

For me, that’s what this trip was. My question for you is this: If you haven’t had a life marker event in a while, or if you’ve never had one, what might that look like for you? Mine was truly life-changing. In fact, I am dreaming about what that next life marker might be. Maybe Denali.

If you haven’t had a life marker event in a while, or if you’ve never had one, what might that look like for you?

Denali scares me a little, which is confirmation that it’s probably the next big adventure I need to take. I’ve got to push my fitness up quite a bit for this one. I’m not sure if I’ve got what it takes. We’ll see.

Some of My Favorite Photos from the Trip 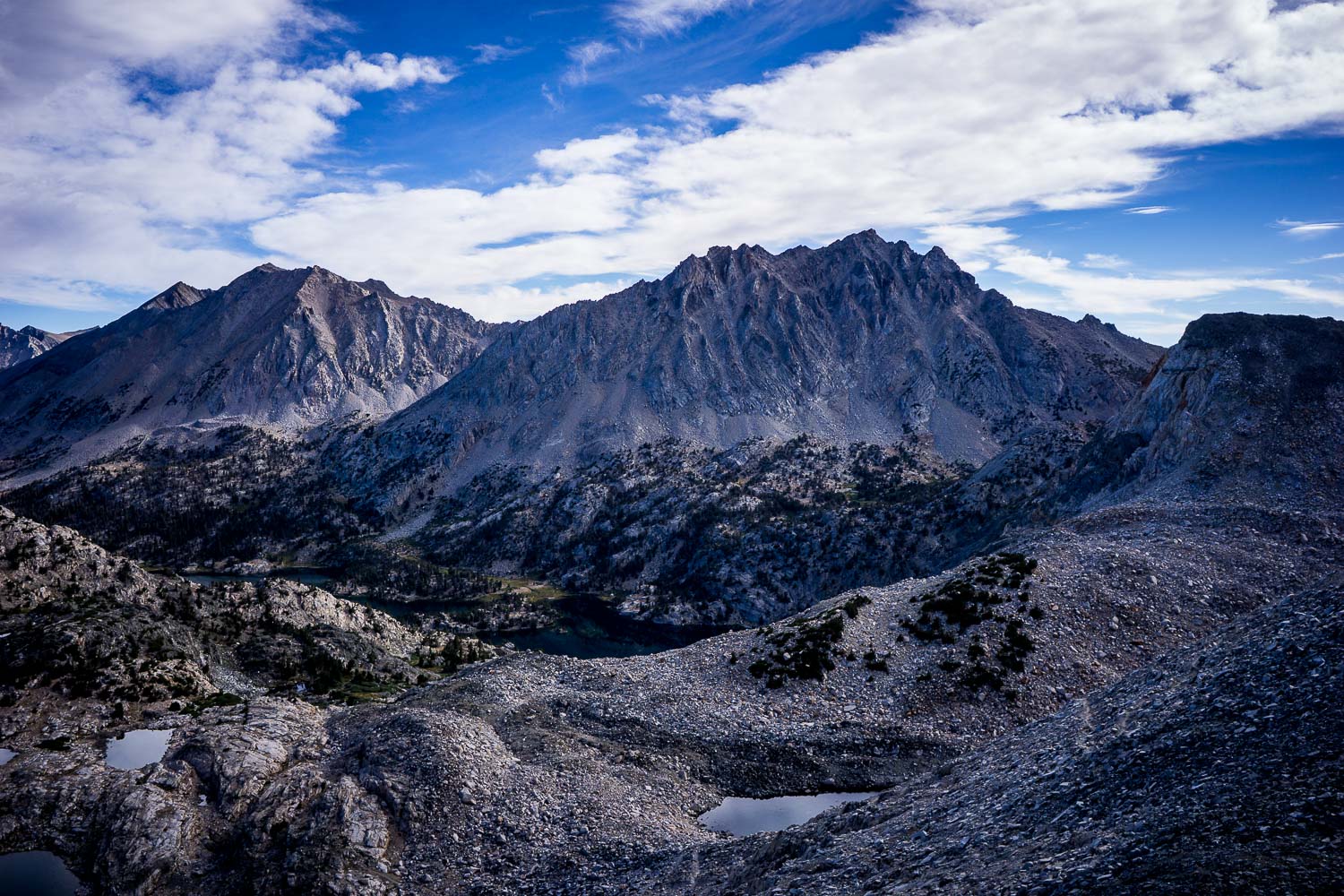 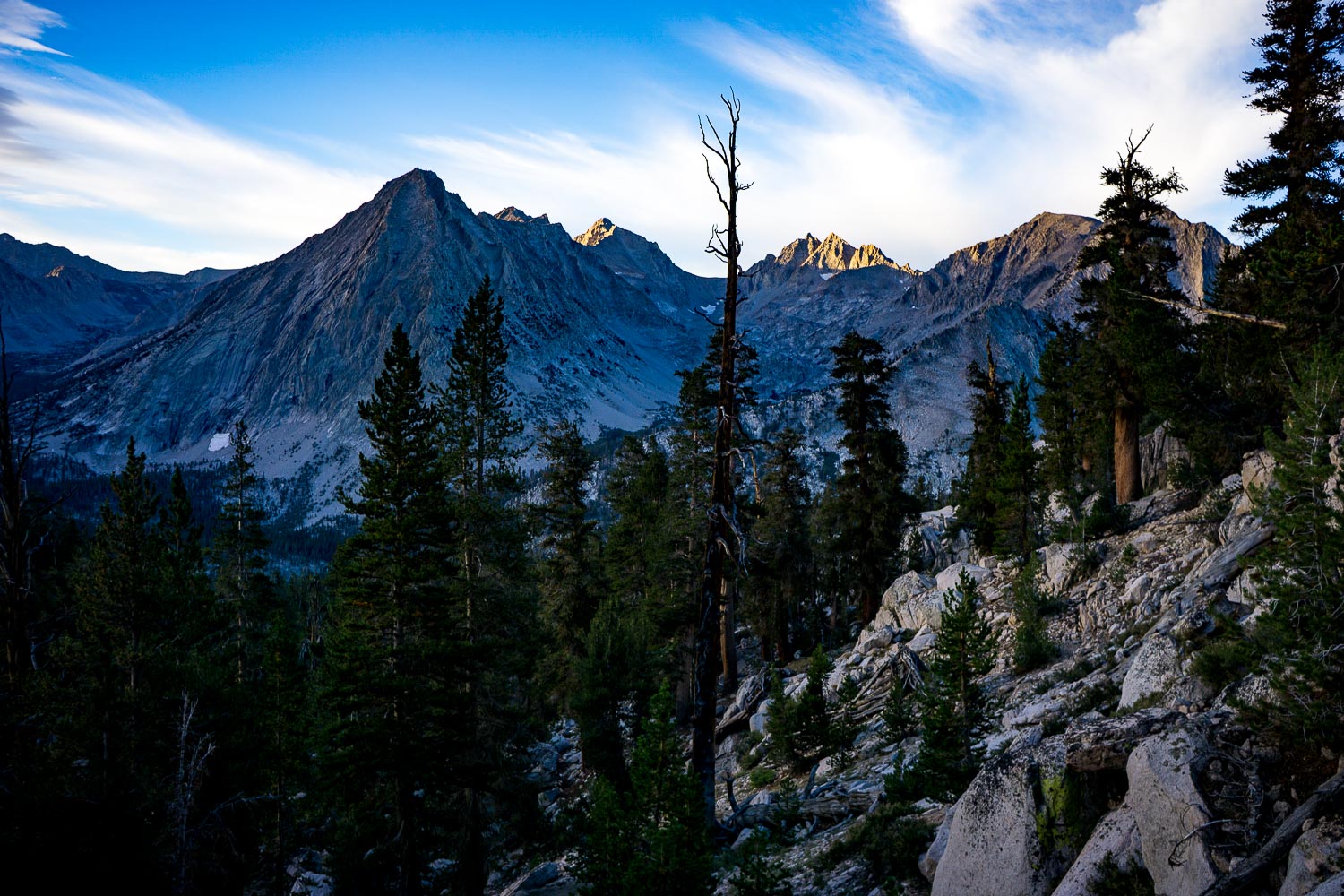 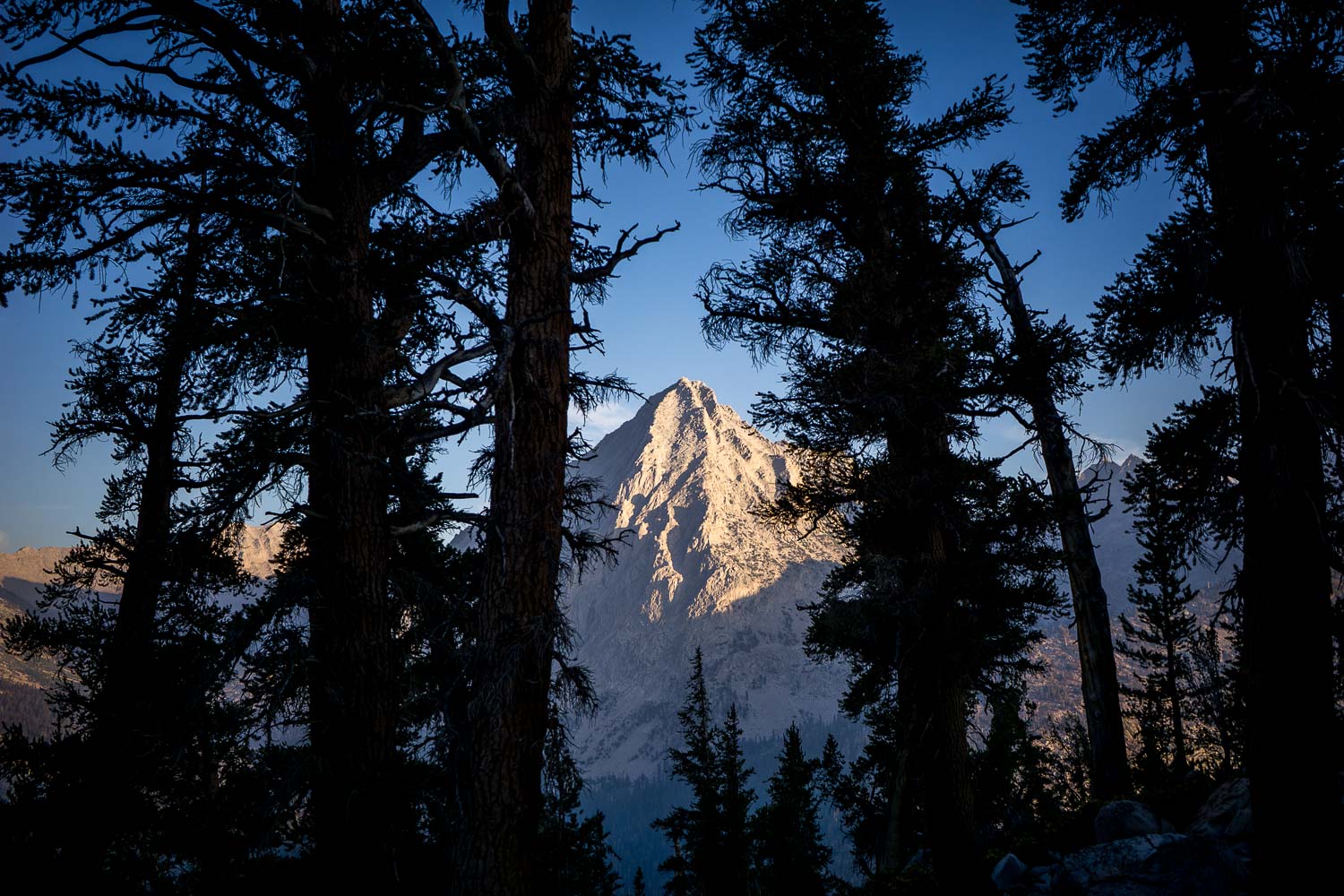 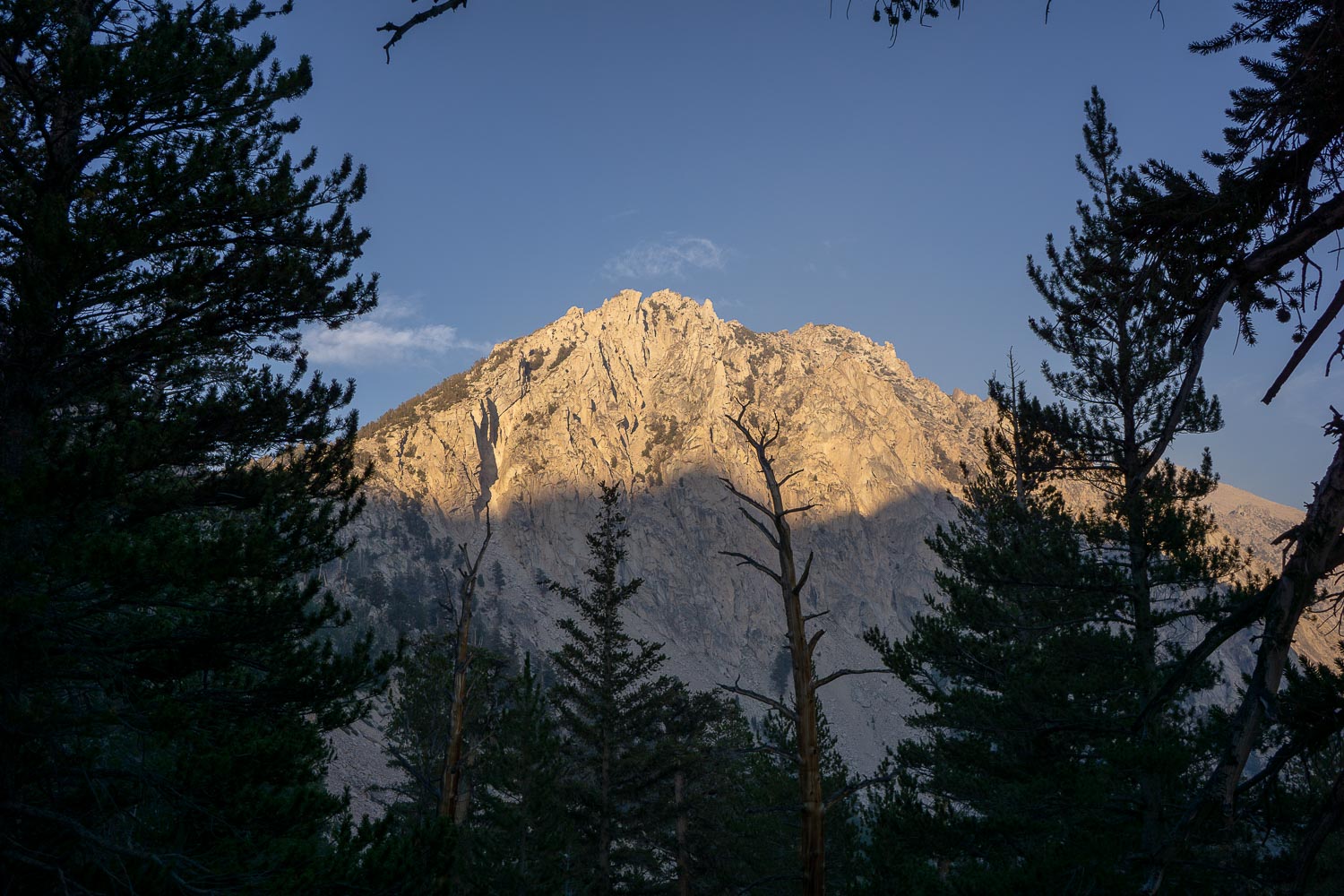 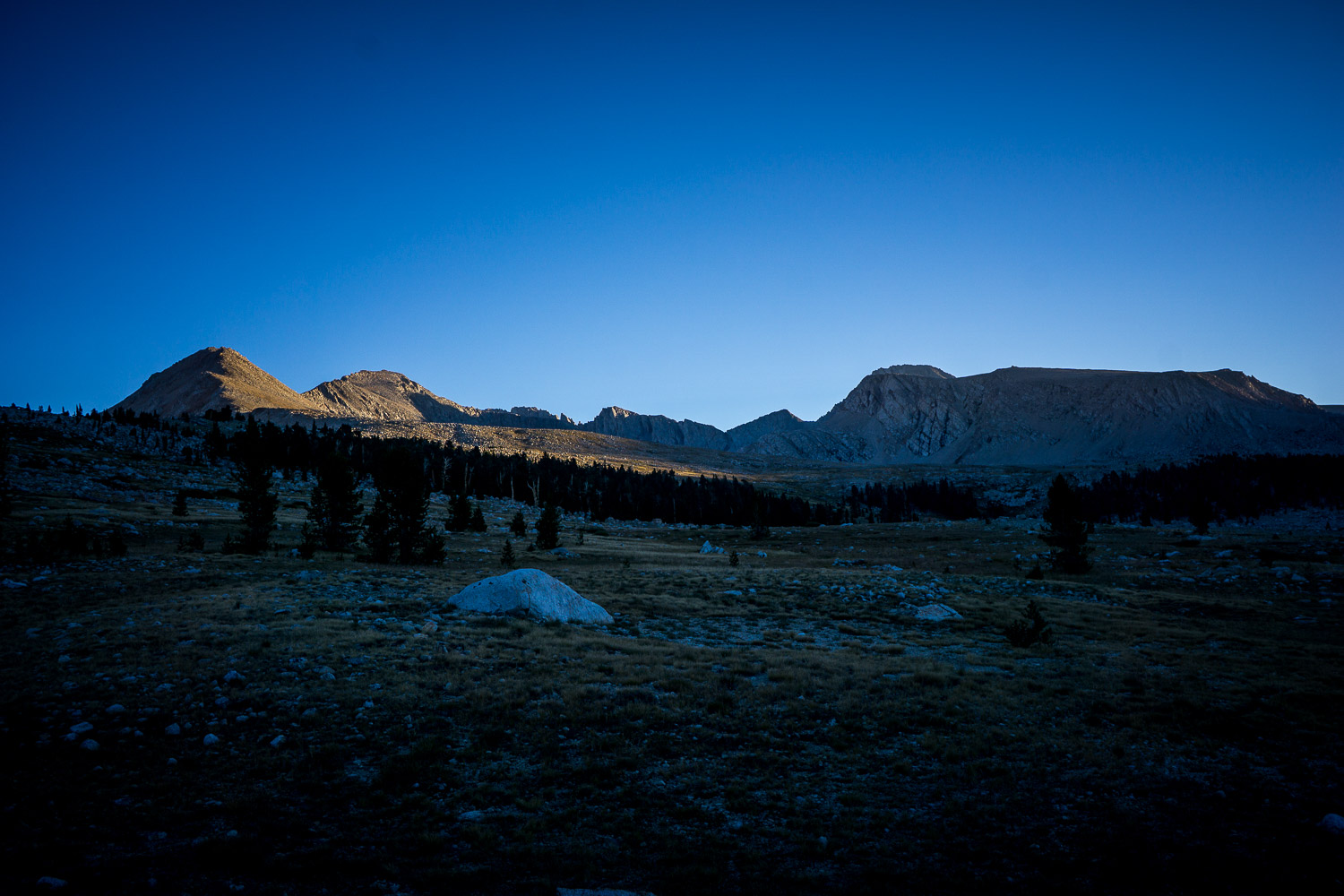 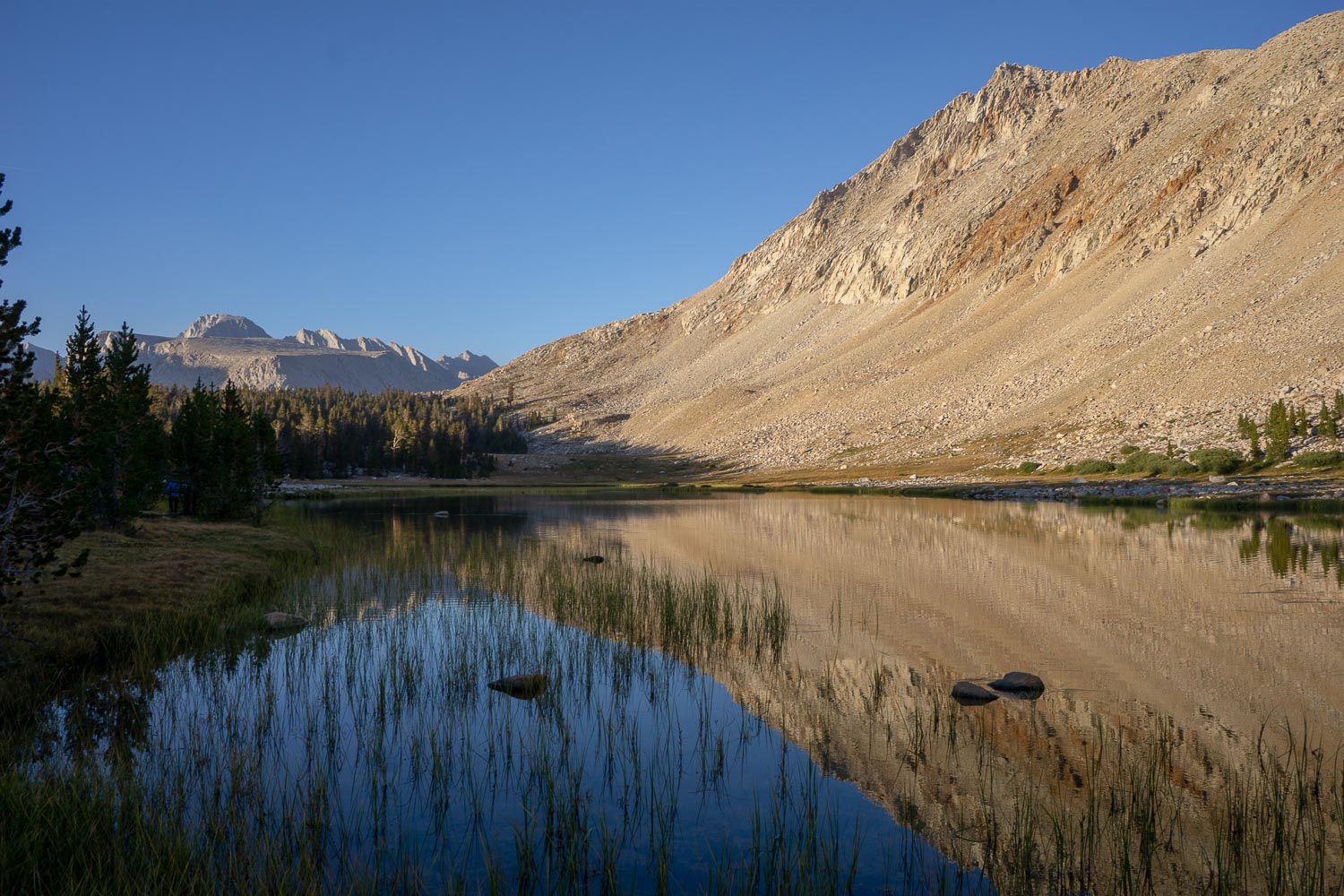 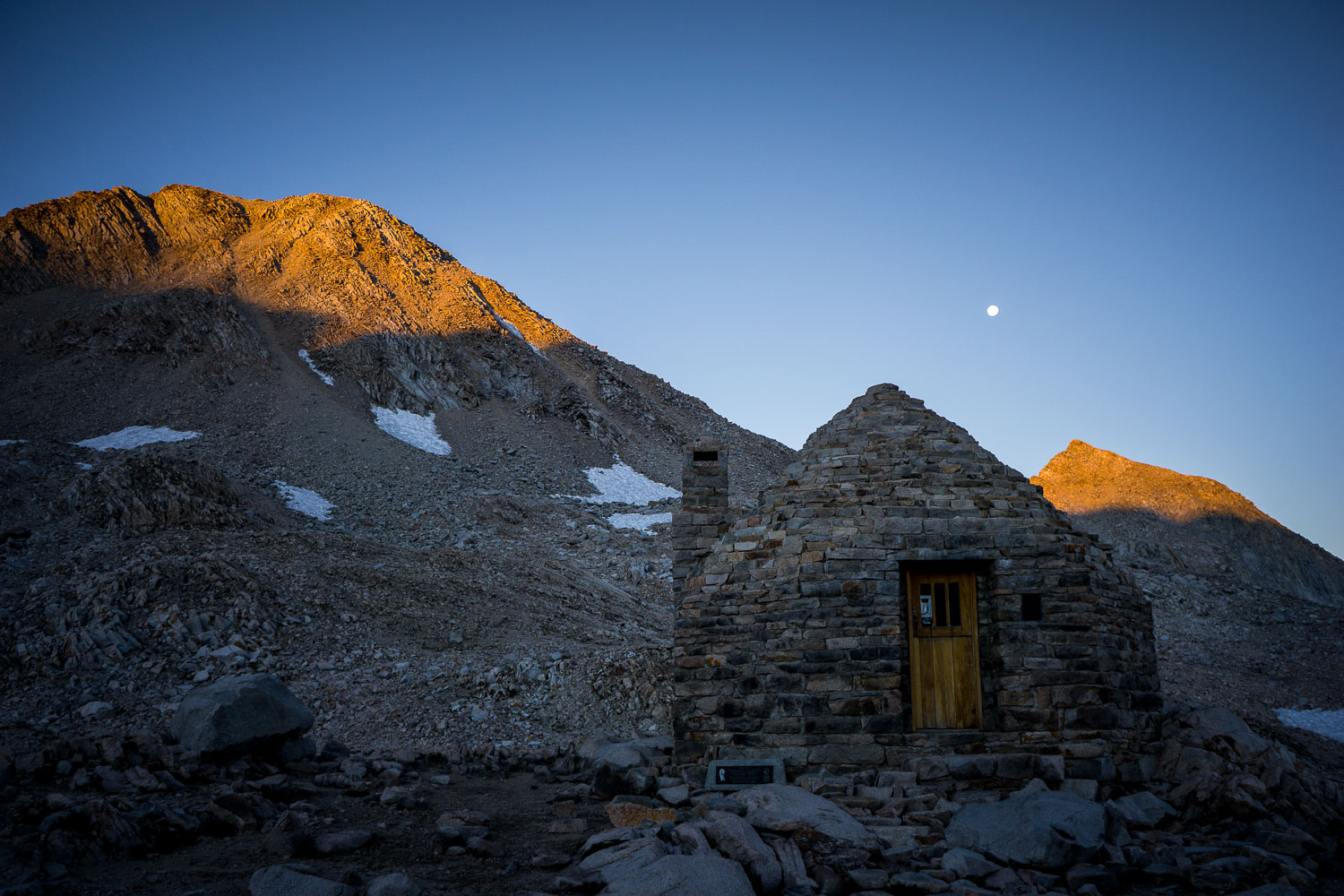 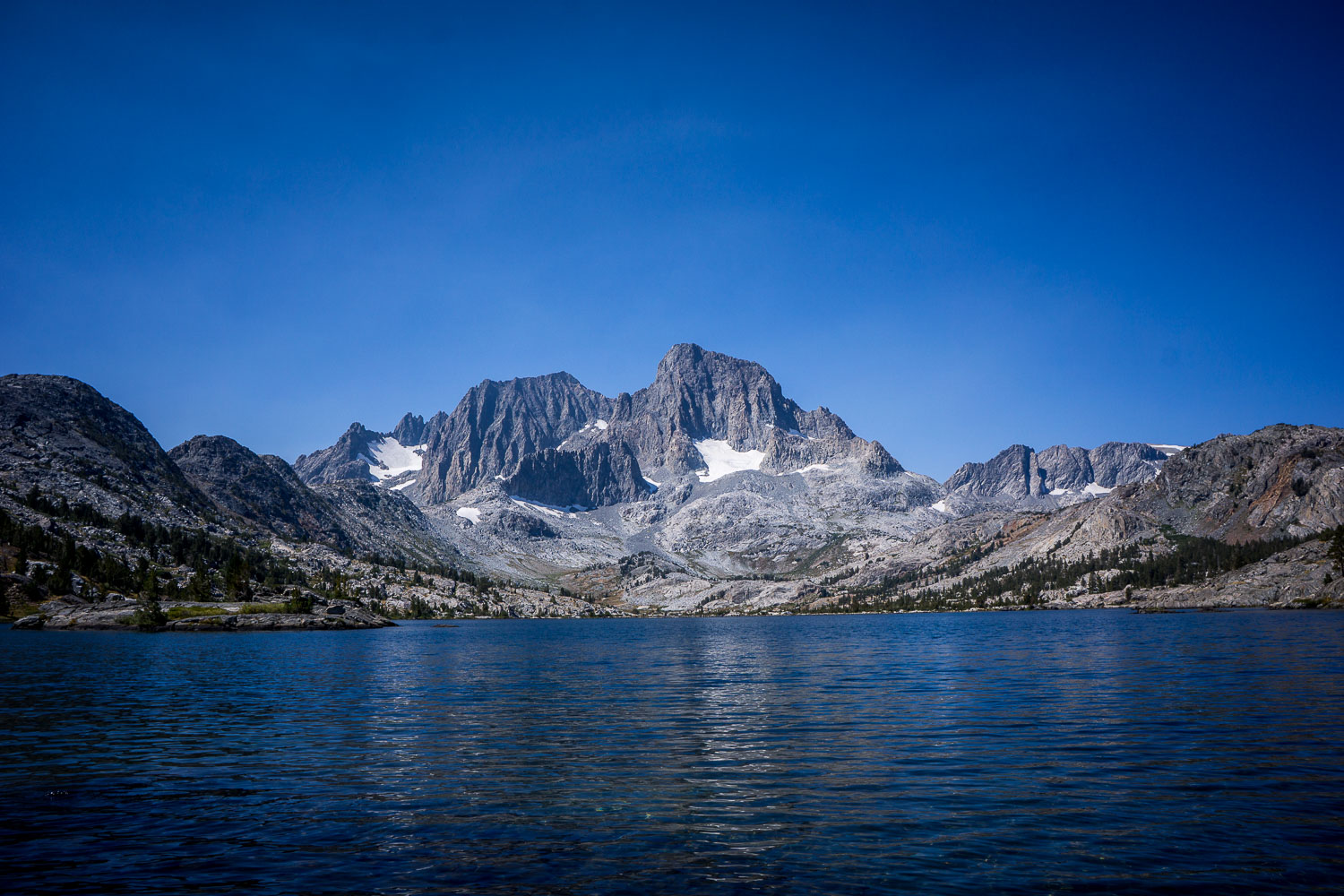 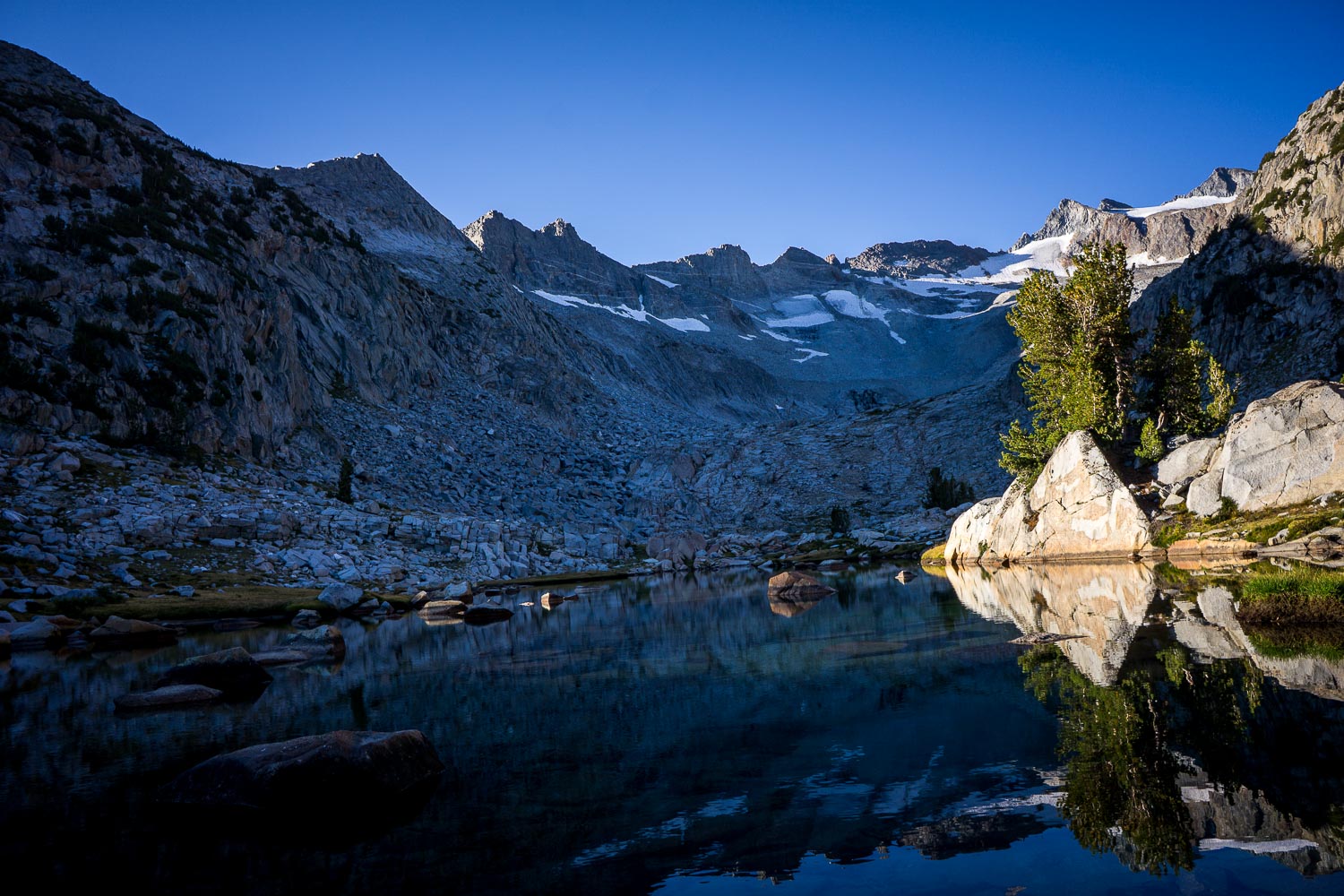 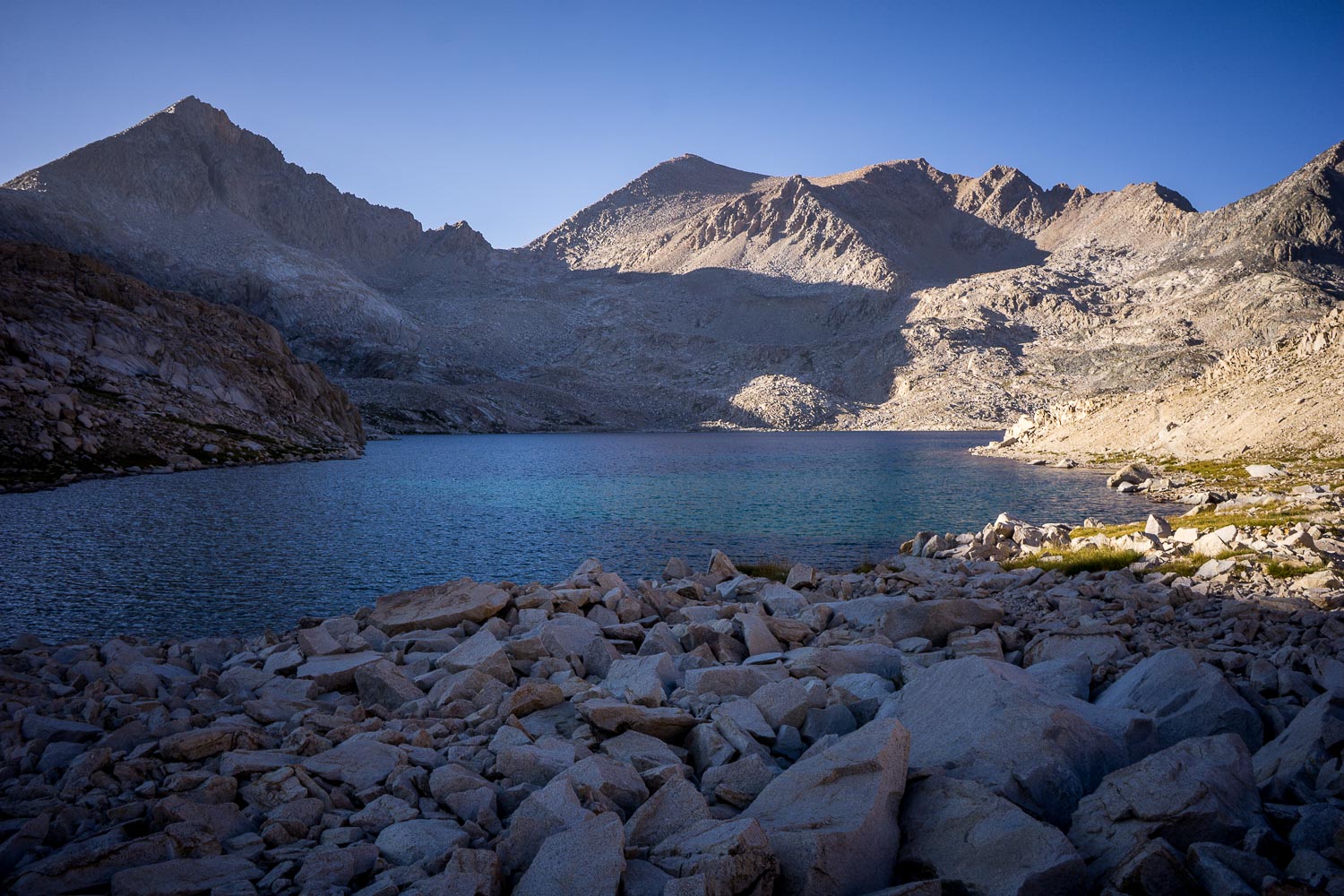 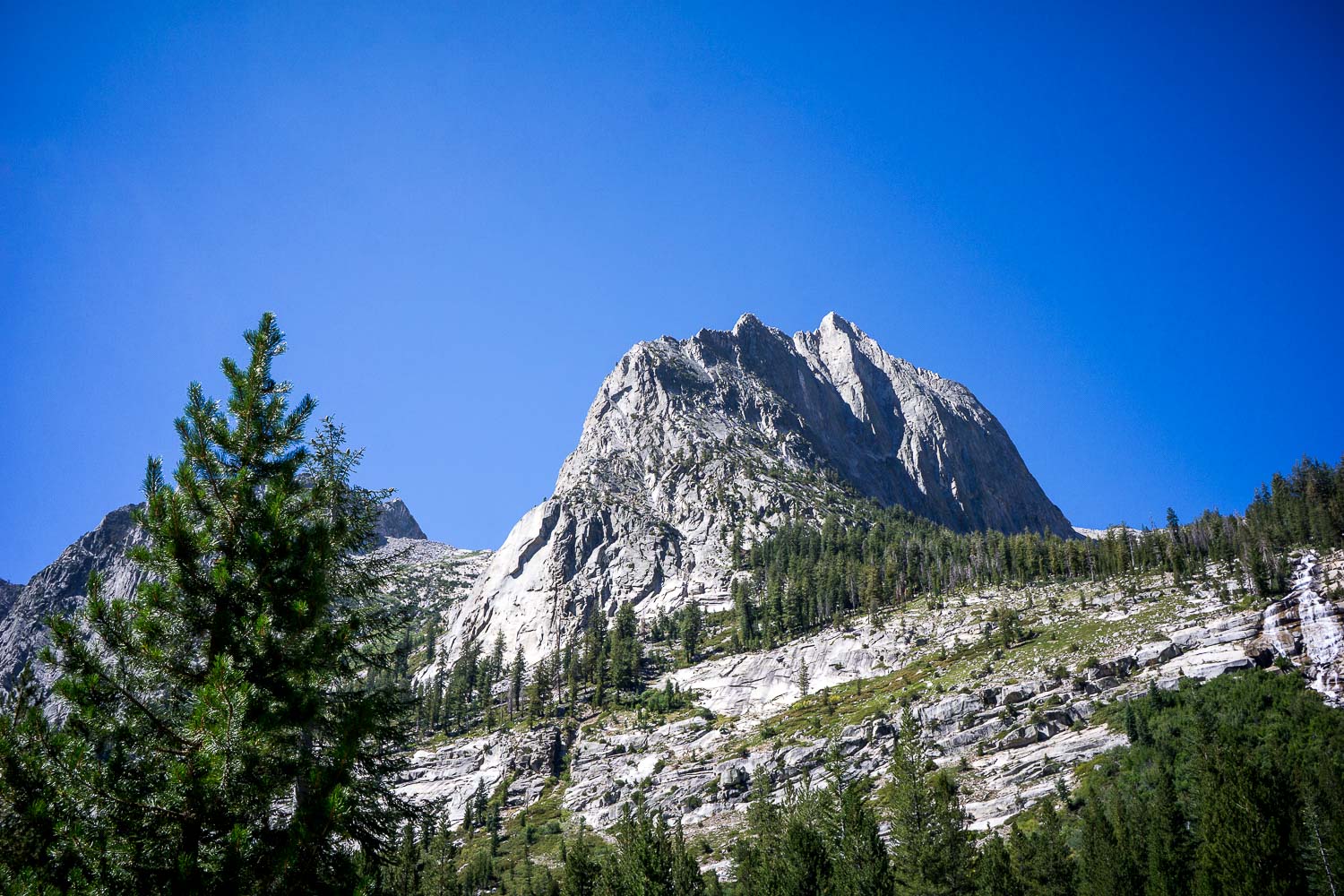 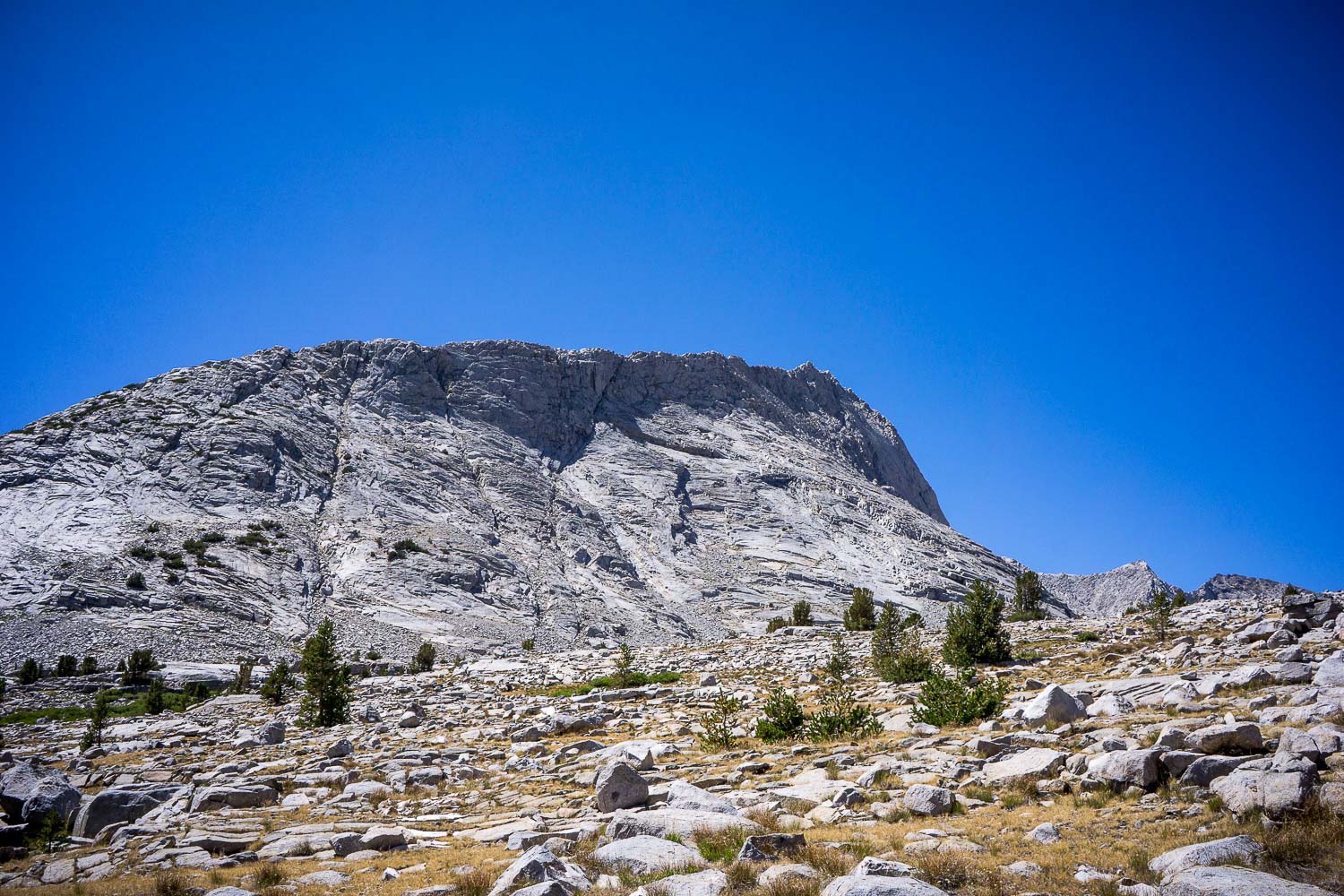 My Route on the JMT

A Retrospective on my JMT Adventure

The Six Pack of Peaks